Booze sales will be prohibited at the Tokyo Olympics, organizers announced Wednesday. Activities such as high-fiving and speaking loudly will also reportedly be prohibited.

Organizers said there will be a limited “sense of celebration” at the quadrennial games, Reuters reported.

“If our citizens have concerns [over serving alcohol at the Olympics], I think we have to give up on that,” Seiko Hashimoto, president of the Tokyo Olympics Organizing Committee, told reporters Wednesday, according to Reuters. “That’s why we have decided to ban the sale of alcohol.” (RELATED: Cheering Is Banned At The Olympics In Tokyo Because Of Coronavirus)

Prior to the Wednesday announcement, the Tokyo Olympics organizers had plans to permit the sale of alcoholic beverages at the games. The event had a sponsorship contract with Asahi Breweries, an alcoholic beverage corporation, according to The Japan Times. 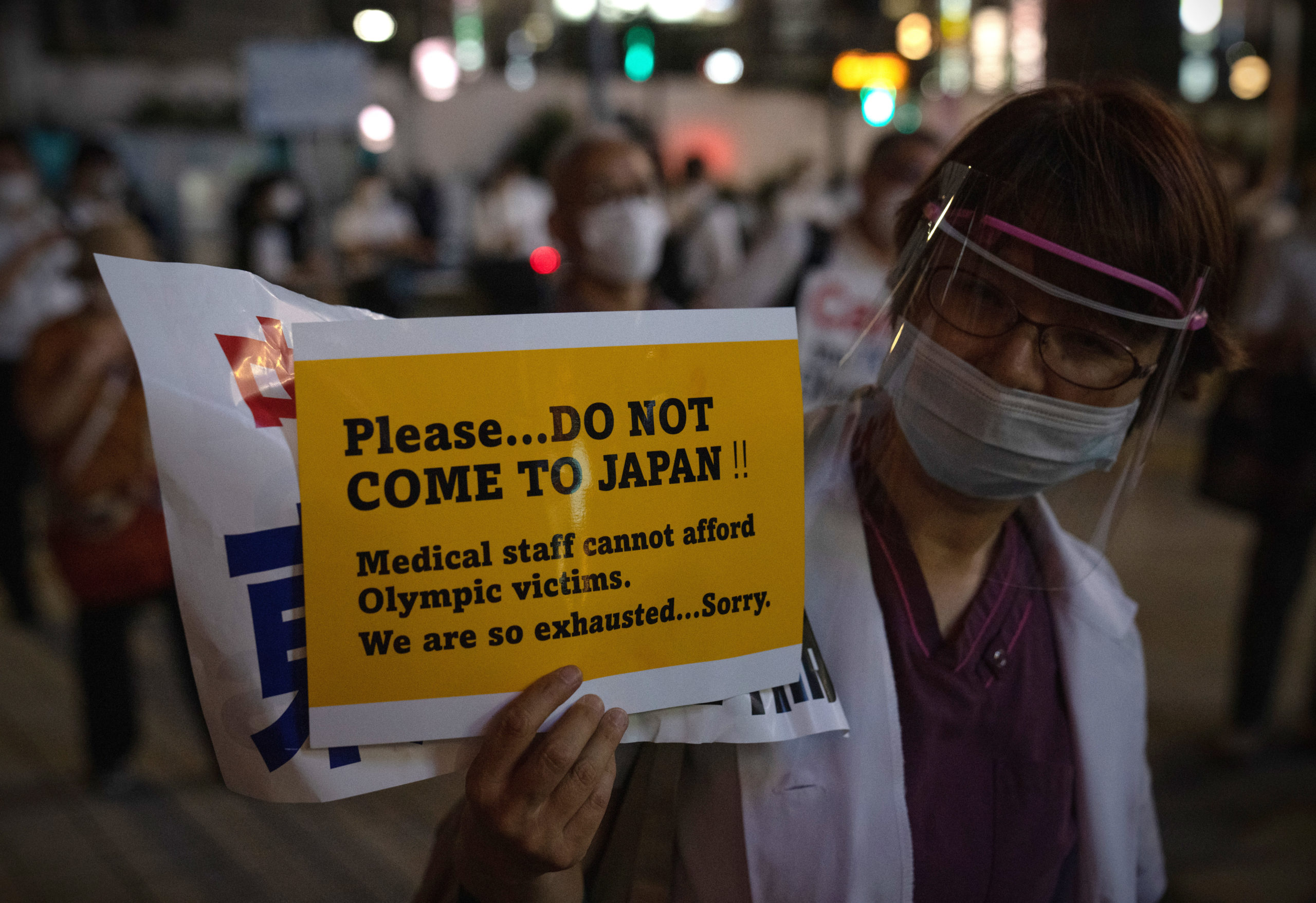 A doctor holds up a poster asking people not to come to Japan for the Olympics during a protest against the Olympic Games on June 23, 2021 in Tokyo, Japan.  (Photo by Carl Court/Getty Images)

The potential booze sales drew public anger because it gave off the appearance to some that authorities were giving more importance to hosting the Tokyo Olympics than to ensuring life goes back to normal for the people living in Japan, the Times reported.

Following news of the liquor sale, the Tokyo Medical Association’s head, Haruo Ozaki, told reporters that he believes the Olympics organizers should refrain from permitting alcohol sales at Olympic venues, according to the Times.

“Is the Olympics an exception, after having placed a burden of anti-infection measures on restaurant operators for so long?” Ozaki said, the outlet reported.

Though the Olympics were postponed from 2020 due to pandemic concerns, much of the Japanese public still has reservations against holding the games out of worries that there would be more COVID-19 outbreaks in the country as competitors and others arrive from around the world.

During recent months, multiple Japanese people protested the hosting of the games, according to Reuters.

Chanting “cancel Olympics,” “stop the torch,” “save lives,” and “protect livelihoods,” protesters congregated in front of the Tokyo metropolitan government’s headquarters Wednesday evening to demonstrate against the Olympics, Reuters reported.