The momentum for changing or eliminating the filibuster is growing among Senate Democrats as the procedural motion threatens to stall much of President Joe Biden’s ambitious legislative agenda.

Changing the filibuster rules, or eliminating it entirely, could be accomplished by invoking what has been called the “nuclear option” and would require a simple majority vote in the Senate. But given that no Senate Republicans support that step, any change to the filibuster would require all Senate Democrats to vote in favor of such a move.

A majority of Senate Democrats, including Independent Sens. Bernie Sanders of Vermont and Angus King of Maine, have either called for eliminating the filibuster or are open to supporting changes to the procedure, according to The Washington Post. 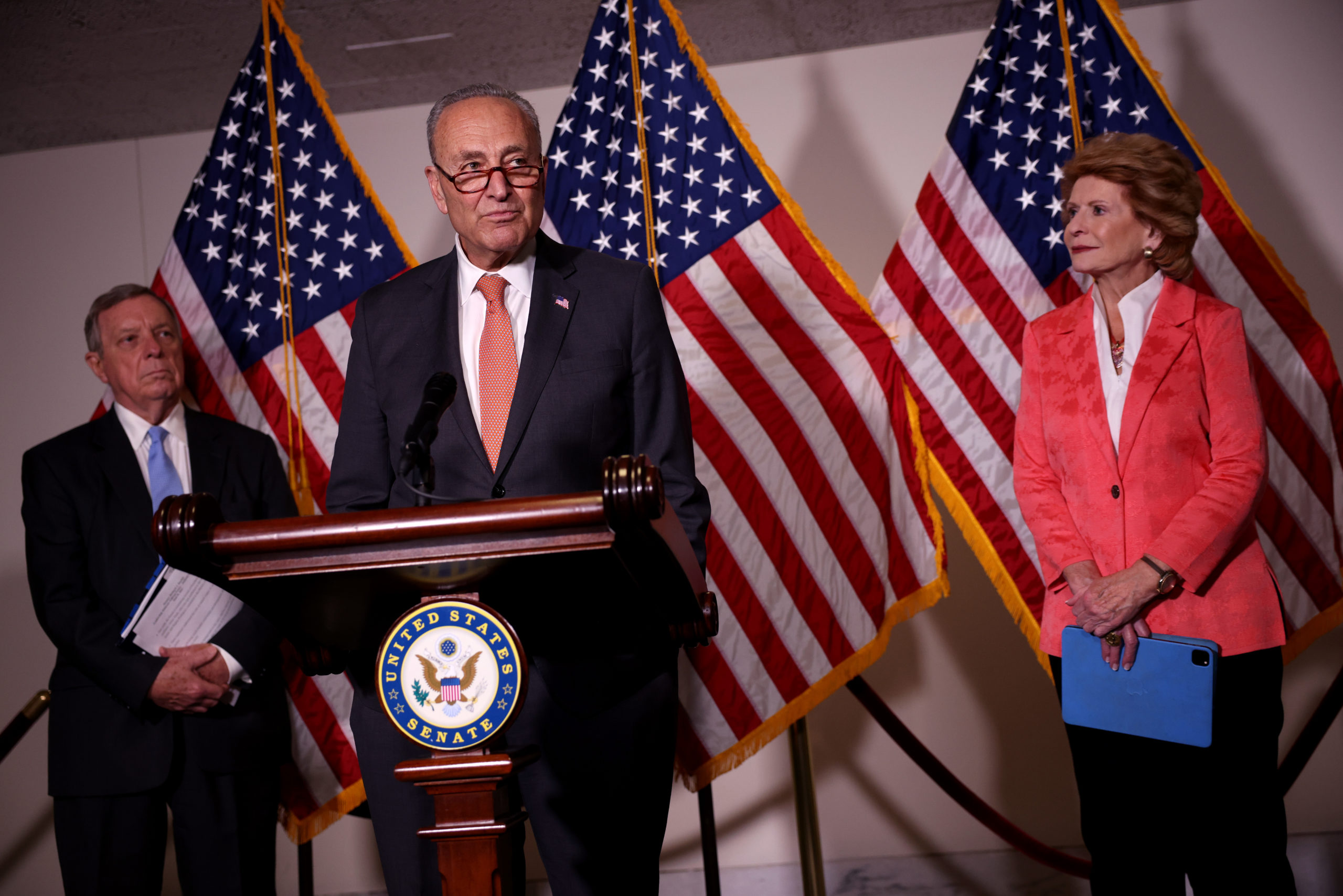 But two Democrats have been resolute in their opposition to such changes: Joe Manchin of West Virginia and Kyrsten Sinema of Arizona. Both lawmakers have made clear in public remarks they’ll oppose efforts to eliminate or reform the filibuster.

Manchin had criticized Senate Republicans for using the 60-vote filibuster threshold in late May to block legislation that would have established a commission to investigate the Jan. 6 riot at the U.S. Capitol. He called Senate Republicans’ decision “unconscionable” and a “betrayal” of their oath in a May 27 statement.

But Manchin is facing scrutiny from his Democratic colleagues after making clear he would oppose eliminating the filibuster to advance the For the People Act, a sweeping election bill that would affect everything from campaign finance laws to states’ voter ID requirements.

The Senate ultimately failed to advance the For the People Act to the floor for debate in a split 50-50 vote late Tuesday, falling short of the 60 votes needed to overcome a Republican filibuster. Manchin, however, voted to advance the legislation.

By a vote of 50-50, Democrats fail to secure enough votes to overcome a filibuster on S.1, the For the People Act, delivering another loss to Biden. It’s also a loss for Harris who was tasked with getting the measure approved and presided over S.1’s death tonight in the Senate. pic.twitter.com/pDuo96zOwg

In a June 6 op-ed published in the Charleston Gazette-Mail, Manchin expressed his desire to protect the “fundamental right to vote” and lamented the issue has been “overtly politicized.” But he also accused Democrats of attempting to “demonize the filibuster” in the process, noting that his colleagues “conveniently ignore” how the procedure “has been critical to protecting the rights of Democrats in the past.”

“As a reminder, just four short years ago, in 2017 when Republicans held control of the White House and Congress, President Donald Trump was publicly urging Senate Republicans to eliminate the filibuster,” he wrote. “Then, it was Senate Democrats who were proudly defending the filibuster.”

Senate Democrats notably used the filibuster more than 300 times in 2020 alone, according to a tally of cloture motions. Cloture is “The only procedure by which the Senate can vote to place a time limit on consideration of a bill or other matter, and thereby overcome a filibuster,” according to the U.S. Senate.

Additionally, the procedure is historically popular among the minority party in the Senate, but it also allows senators to avoid career-altering votes or to remain off the record on important issues. (RELATED: ‘You’ve Used It Too’: Jake Tapper Corners Democratic Senator On Claim That Filibuster Is ‘Corrupt’ And ‘Abused’ By Republicans)

Manchin and Republican Alaska Sen. Lisa Murkowski, another moderate senator, issued a May 17 letter to congressional leaders urging Congress to find a bipartisan path forward on voting rights without eliminating the filibuster.

Democratic strategist Zac Petkanas told The New York Times “there is a huge onus” on Manchin to show he can bring lawmakers together to “address the problems that he himself identifies as being an issue.” Otherwise, Petkanas added, Manchin would be “personally holding up” his own political goals. 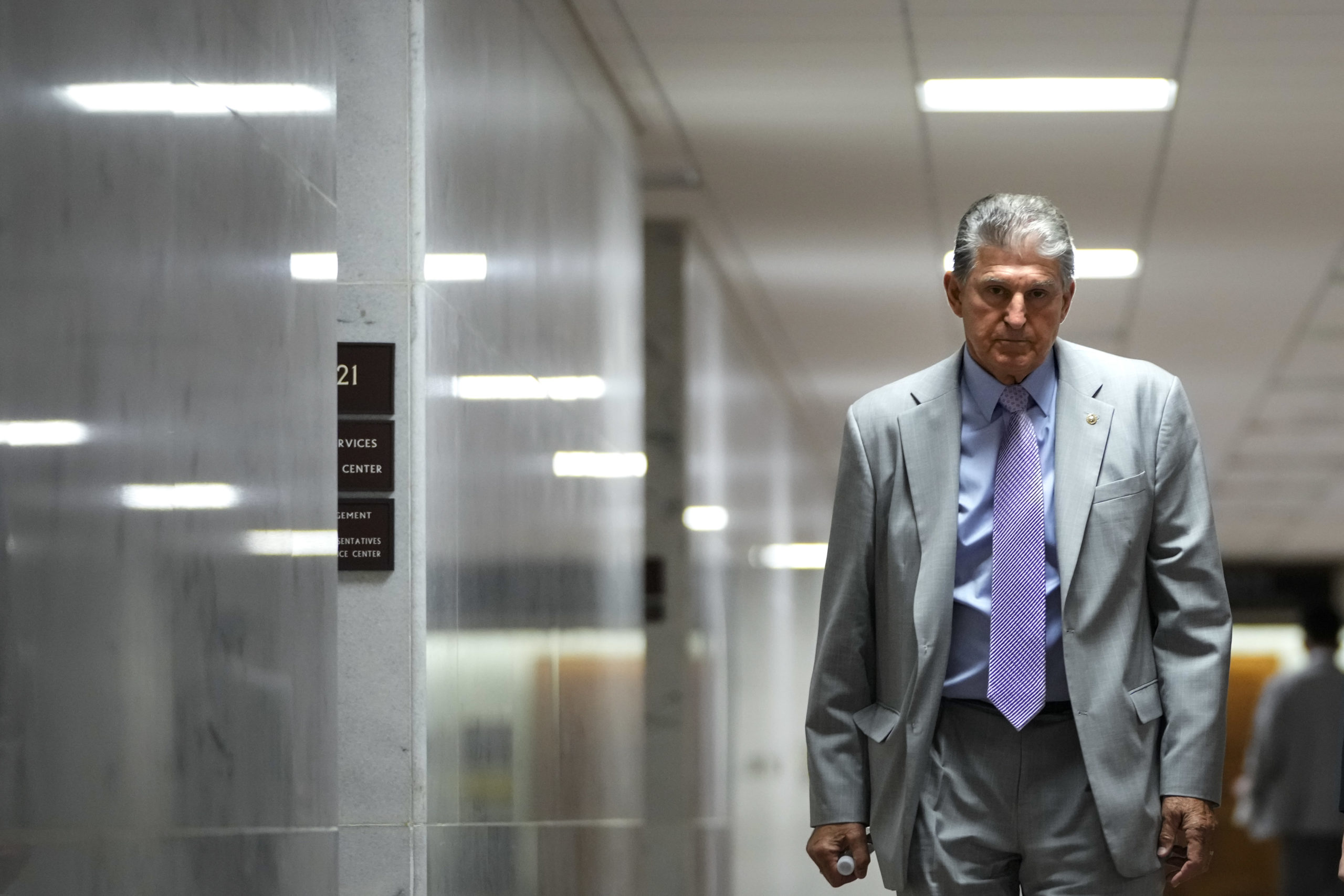 Senate Democrats have publicly said they will not give up on voting rights legislation or blunt their legislative agenda in order to gain Republican support. But in private, many have conceded they need to rethink how to move forward with their agenda given opposition from both Senate Republicans and two of their Democratic colleagues, according to The New York Times.

If Democrats can’t eliminate the filibuster, they might consider lowering the threshold for overcoming the procedure to 55 votes. The idea has been floated by Washington Post columnist Greg Sargent and New York Times columnist Ross Douthat.

Ira Shapiro, former counsel to the late Sen. Robert Byrd, noted the senator had once supported lowering the filibuster from 67 votes to its current 60-vote threshold. Manchin, who now occupies his Senate seat, could similarly lead the charge to lower the threshold by another five votes, Sargent argued.

Manchin said he’s “open” to looking at filibuster reform in a private call with donors, according to leaked audio published by The Intercept earlier in June. Manchin reiterated he’s “committed” to keeping the filibuster but called the 55-vote threshold “one of many good suggestions” for reforming the procedure.

It is unlikely Republicans will go along with Democrats’ alternative strategies for the filibuster, according to The New York Times. Senate Minority Leader Mitch McConnell dismissed filibuster reform as “an agenda designed to fail — and fail they will.”