Republican Gov. Ron DeSantis of Florida signed legislation into law that will require state colleges to survey students and faculty on their political beliefs, according to the Naples Daily News.

HB 233 institutes annual campus surveys to assess the student body and staff’s ideological diversity to determine “the extent to which competing ideas and perspectives are presented.” It also seeks to uncover whether students “feel free to express beliefs and viewpoints on campus and in the classroom.”

“We obviously want our universities to be focused on critical thinking, academic rigor,” DeSantis said during a news conference at Three Oaks Middle School in Fort Myers, according to the Naples Daily News. “We do not want them as basically hotbeds for stale ideology.”

“It used to be thought that a university campus was a place where you’d be exposed to a lot of different ideas,” he added. “Unfortunately, now the norm is, these are more intellectually repressive environments.”

While the law doesn’t delve into what the state government will do with this information, DeSantis suggested budget cuts may be enforced on schools found to be “indoctrinating” students.

“That’s not worth tax dollars and that’s not something that we’re going to be supporting moving forward,” he said, according to The Hill. 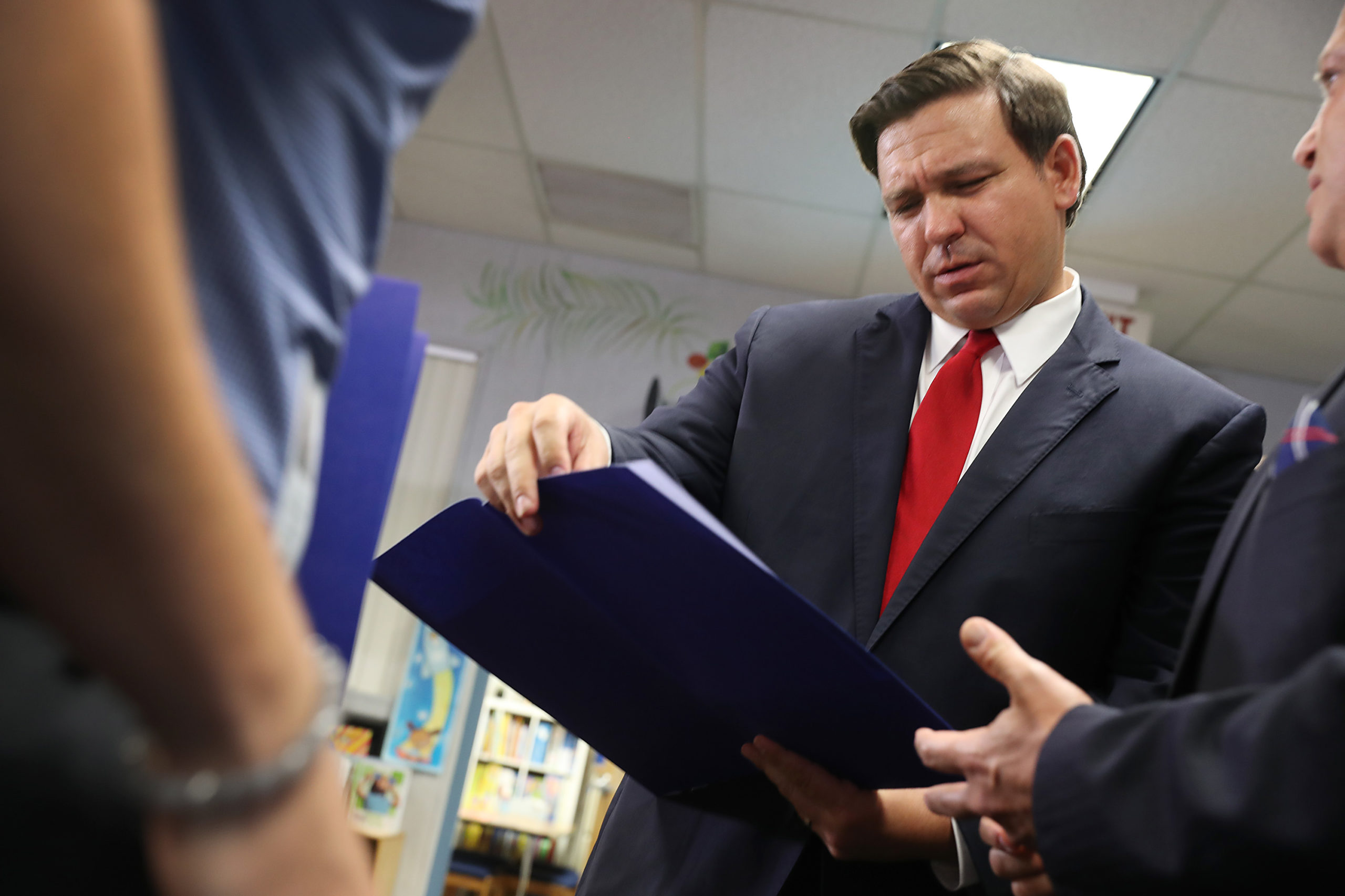 Two other bills signed into law Tuesday by DeSantis addressed education. HB 5 will force Florida’s Department of Education to create a civics curriculum that will speak to the “evils” of communism and totalitarian regimes, according to the Naples Daily News. (RELATED: DeSantis Appears To Be A Popular Lead For 2024, Straw Poll Shows)