Just 14 states saw positive employment growth between April and May while the majority of the growth was concentrated in a handful of states, according to the Department of Labor.

Fourteen states led by California, Florida and Texas experienced significant job growth, 35 states experienced stagnant job growth and Wyoming saw a decline in employment last month, according to a Department of Labor report released Wednesday. Overall, the unemployment rates in 21 states decreased between April and May while every state’s employment improved compared to May 2020.

While the U.S. continues to report increased job growth, the report showed that the vast majority of the growth has come from about a dozen states. 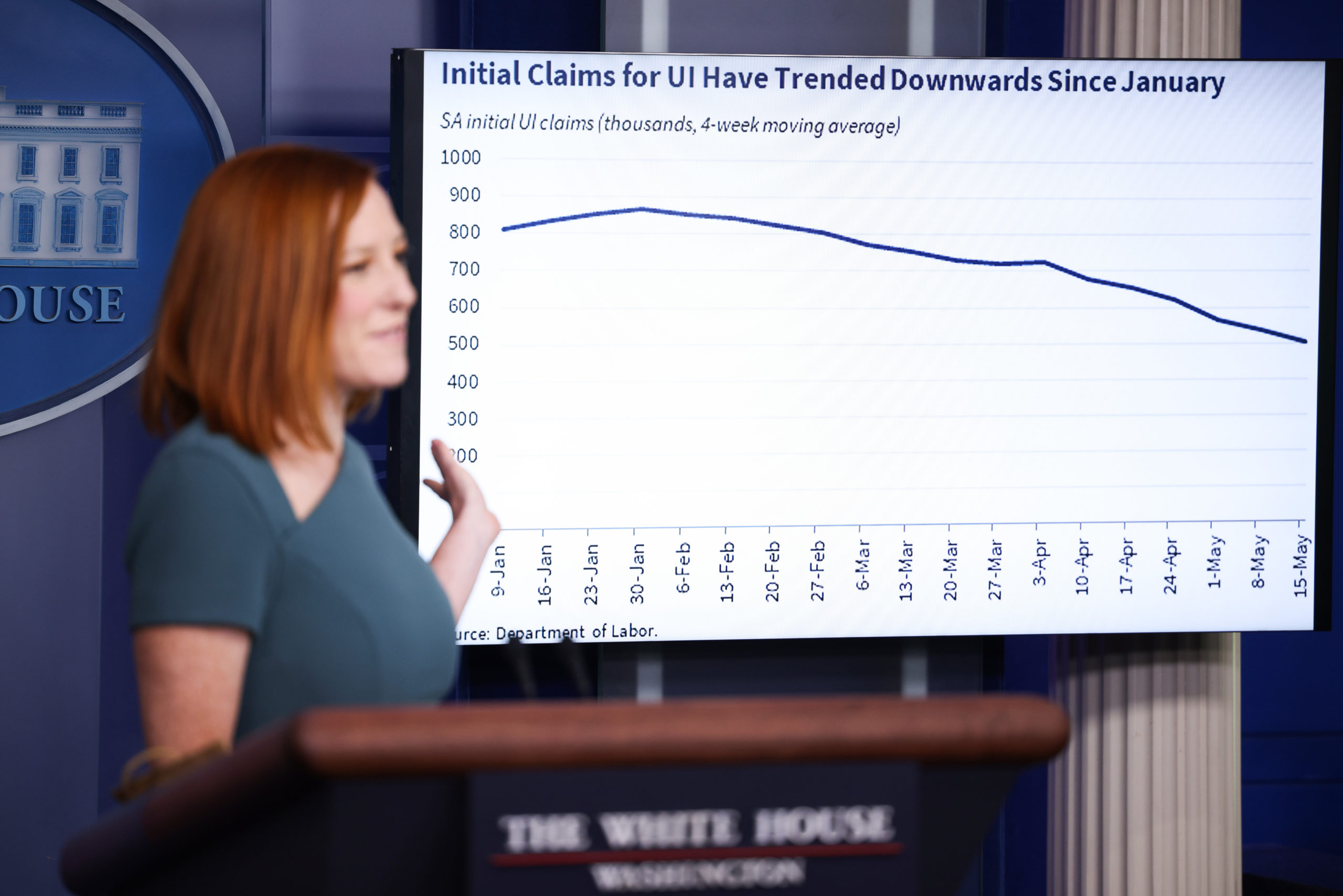 “And our focus, the President’s focus, is on executing an economic strategy that is working — we see that in the data from today — but to be patient and think to the long term about what the American economy needs and the American workers need as well,” he continued.

Several governors, though, have taken measures in an attempt to spur growth amid the stagnating economic recovery. At least half of all states have announced that they will prematurely withdraw from the federal unemployment insurance program that gives unemployed Americans a $300 bonus per week, Fox Business reported.

“While these federal programs provided important temporary relief, vaccines and jobs are now in good supply,” Republican Maryland Gov. Larry Hogan said in a statement on June 1. “And we have a critical problem where businesses across our state are trying to hire more people, but many are facing severe worker shortages.”

Job vacancies hit a record high in April, surpassing 9 million, according to another Labor Department report.