The Biden administration exempted unaccompanied migrant minors from rapid expulsion to Mexico under the Trump-era public health order Title 42 and is expected to lift the policy July 21, Axios reported Sunday. The Biden administration will either rescind the order entirely or exempt either migrant families or single adults from expulsion, former DHS Acting Secretary and Heritage Foundation Visiting Fellow Chad Wolf told the DCNF.

“I’ve heard rumors of it going either way,” Wolf told the DCNF. When Biden lifts the order it will create “another pull factor for more illegal immigrants to come because the cartels are going to use the fact that we no longer have the ability to quickly remove folks as another selling point to allure migrants to illegally cross the border,” Wolf said. 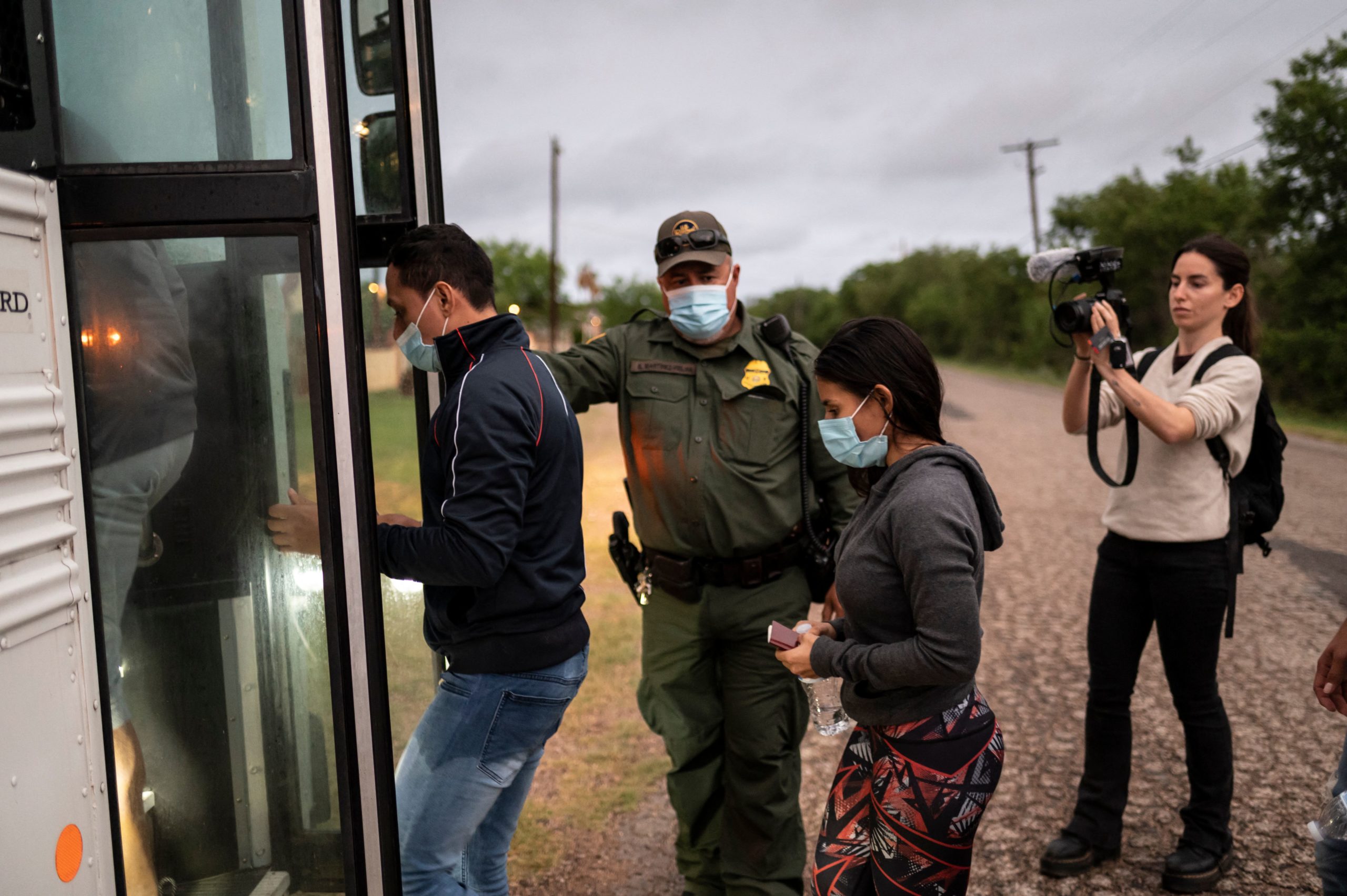 Migrants make their onto a bus after being apprehended near the border between Mexico and the United States in Del Rio, Texas on May 16, 2021. (Photo by SERGIO FLORES/AFP via Getty Images)

Revoking the order will force Customs and Border Protection (CBP) officials to hold and process more migrants than they already are which will result in additional overcrowding at facilities, Wolf added. The administration is likely working to build and contract additional facilities in anticipation of increased arrivals following the announcement, he said.

Wolf criticized proposals to lift Title 42 and offer migrants COVID-19 vaccinations before they enter the U.S. as another factor that would draw migrants to the country. He said the decision shouldn’t be made based on U.S. vaccination rates, but the rates in the migrant’s country of origin.

“Just from a fairness and a logical factor, if you are illegal, you can cross the border, you can remain here in the US, but if you are a legitimate business or if you simply are a Mexican or US citizen, you can’t cross that border today—even if you’re fully vaccinated,” Wolf said. “It needs to be rationalized, because, right now, they are incentivizing folks to cross illegally and disincentivizing folks to cross legally.”

Less than 5% of the population has been vaccinated against COVID-19 in Honduras and Guatemala, according to Reuters. Around 20% of people in El Salvador have received vaccinations. (RELATED: Biden Admin Considering Ending The Public Heath Order Allowing Officials To Expel Migrants Next Month)

“We would be knowingly importing more cases of COVID, which means a lot of these folks are going to be ending up in the hospitals and risking the health of other Americans,” Ries told the DCNF. “This administration has continued to extend the travel restrictions on both borders for non-essential travel, and we continue to have travel restrictions with several countries all over the world, due to COVID. So, we need to be consistent about it.”