As rates of violent crime continue to rise across the country and once-safe neighborhoods face increased dangers, many liberal communities are having to confront their complicated relationship with the police.

Following the killing of George Floyd in May 2020, the defund the police movement attracted attention and support among liberals, earning endorsements from celebrities and lawmakers alike. Roughly 50% of Democrats supported defunding the police in June 2020, according to a June 2020 poll from FiveThirtyEight.

The movement, defined by Brookings Institute Fellow Rashawn Ray as support for “reallocating or redirecting funding away from the police department to other government agencies funded by the local municipality,” arose in response to systemic police brutality and racism.

However, as police departments endured budget cuts, crime has skyrocketed. Faced with increasing violence in their communities, some residents of liberal cities have begun looking to the police for help. 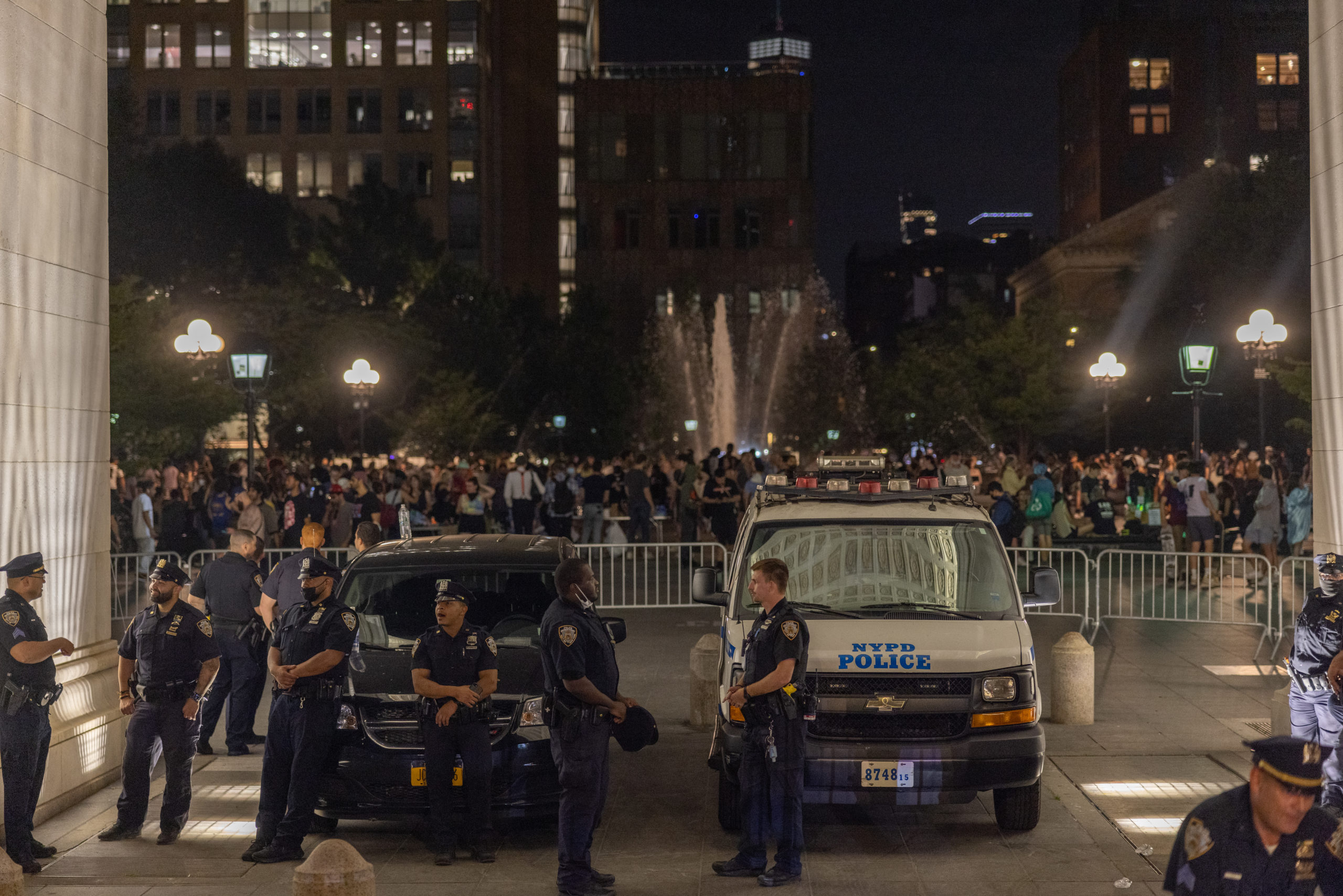 Police set up a perimeter beneath the archway of Washington Square Park on June 18, 2021 in New York City. (Photo by Alex Kent/Getty Images)

Liberal Communities Fear For Their Safety

The Greenwich Village neighborhood around Washington Square Park in New York City has a strong liberal base, with around 90% of voters selecting President Joe Biden in the 2020 presidential election, according to data from The New York Times. Last week, residents held an emergency meeting with the police to discuss the park’s growing problem of crime and drug use, The New York Times reported.

Violence skyrocketed in the area over the past year, with the most recent 28-day period showing a 42% increase in felony assaults and a 127% increase in misdemeanor assaults, according to data from the New York Police Department (NYPD). Larcenies, grand larcenies and robberies also went up, while burglaries decreased.

“What pains me is that this park is for everyone, and now some people are too afraid to go inside,” Greenwich Village resident Erika Sumner told the NYT.

“We may be liberal but this has gone too far,” resident Steven Hill told the New York Post. “There have always been drugs in the park, mostly pot, but what’s emerged this spring is like nothing we’ve ever seen before.”

Portland residents, 57% of whom voted for Biden in the 2020 election election, voiced similar frustrations after homicides jumped 60%, according to data from the Portland Police Bureau.

“When you think in terms of small businesses that are being hit, who are working very hard to just prepare a meal for their families, that really got my heart,” Margaret Carter, a Democrat and the first black woman elected to the Portland state Senate, told ABC News in May.

“I marched during the days of trying to make a difference. My voice has always been out there, but never, never did we create violence,” Carter said. (RELATED: Homicides Have Skyrocketed In These Six Democratic Cities. Black People Are Disproportionately The Victims, Data Shows) 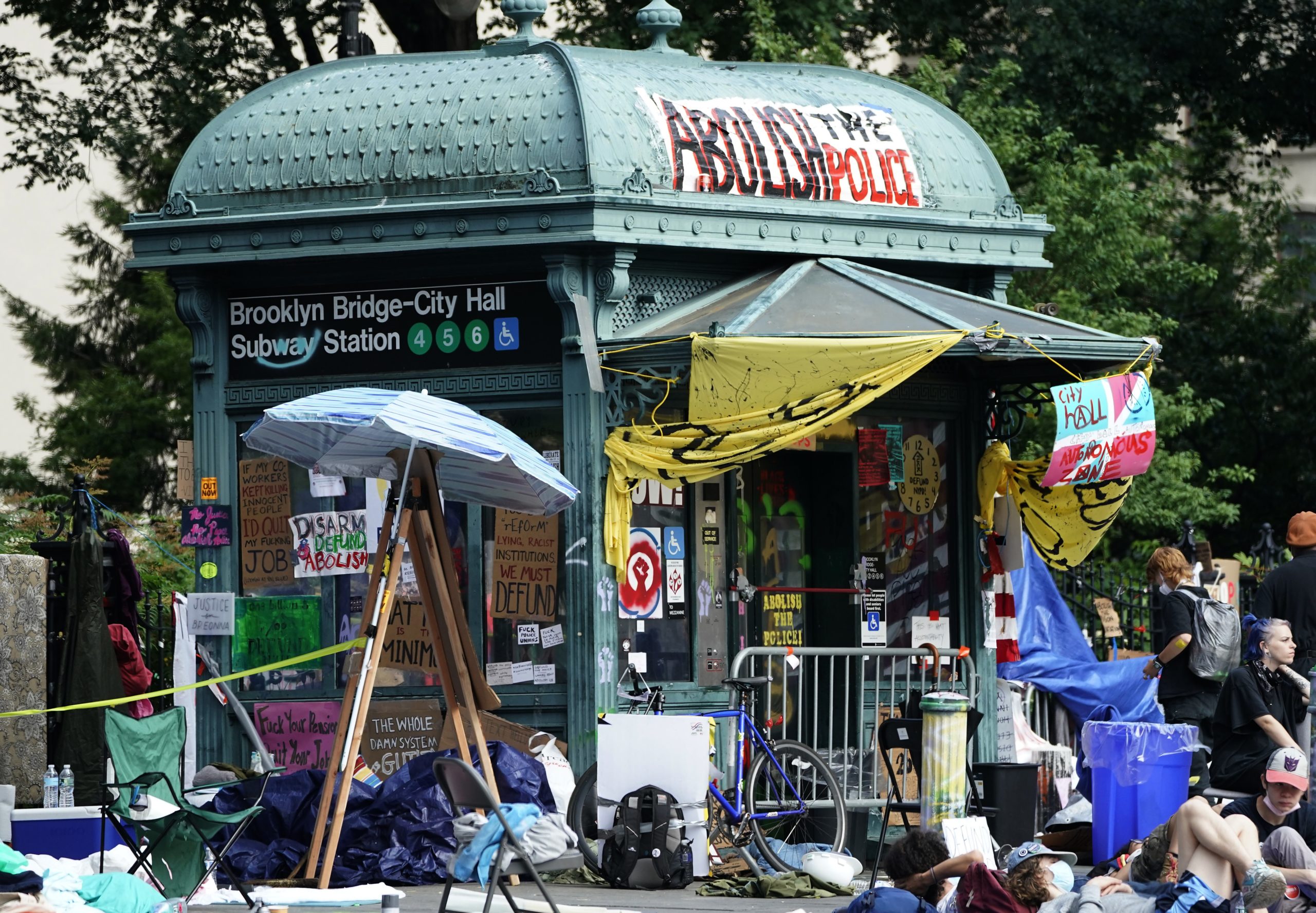 In July 2020, 63% of Portland residents supported cutting funding to the police department, according to a poll conducted by Oregon-based DHM Research. Yet by April 2021, 42% of respondents wanted to increase police presence, a poll from the same company found.

This sentiment matches the national trend of growing faith in law enforcement among more liberal citizens. An Ipsos poll of 1,165 respondents in March found that 56% of Democrats have at least “a little” trust in local law enforcement, compared to only 38% of Democrats when polled in June 2020, with a 3.3% margin of error.

Minneapolis, a city that votes overwhelmingly Democrat according to BestPlaces, pledged to defund its police department last summer, with some residents even forming a pact with one another not to call the police in the event of a crime, WCCO Minnesota reported.

“We don’t want to put our neighbors at risk,” resident Sarah Larsson told WCCO last June. (RELATED: MSNBC Contributor Says Rising Crime Is The ‘Fault Of The Police,’ Not Defunding)

Yet as violent crime rose 21% in 2020, residents implored the city council to commit to public safety in an October meeting, KSTP 5 reported. “How many people have to be shot, or robbed, or carjacked before emergency action is taken?” Shannon, a Minneapolis resident, asked the city council, according to KSTP 5.

“If we don’t act soon, here’s what’s going to happen. You’ll be presiding over the biggest exodus of businesses and families that this town has ever seen,” Minneapolis resident Bill Rodriguez told council members, according to KSTP 5.

San Francisco is another progressive city in which residents have called for a police response following an increase in crime, with murders up 35% in 2020. 62% of San Francisco voters are registered Democrats, compared to only 8% Republicans, according to data from San Francisco Department of Elections.

“You need the police,” Louie said. “We are already at bare bones. You cannot keep cutting them.”

While residents of liberal cities may have started voicing their frustrations, experts say much of their behavior towards police never changed. Inhabitants of major cities were on average no less likely to involve law enforcement after the ‘defund the police’ movement than before.

“The surge in violent crimes in many major cities has come even as arrests and stops data indicate a drop-off,” Manhattan Institute Fellow Charles Lehman told the Daily Caller News Foundation. “That means that crime reporting has risen as police activity has fallen, indicating that citizens are still willing to call the cops to report a crime.”

Lehman pointed to a study showing that citizens were just as likely to call the police following media coverage of police brutality.

“Based on data from 911 calls, I see no evidence that residents are less willing to cooperate with police or report crimes,” Chapman University Professor Lawrence Rosenthal told the DCNF. 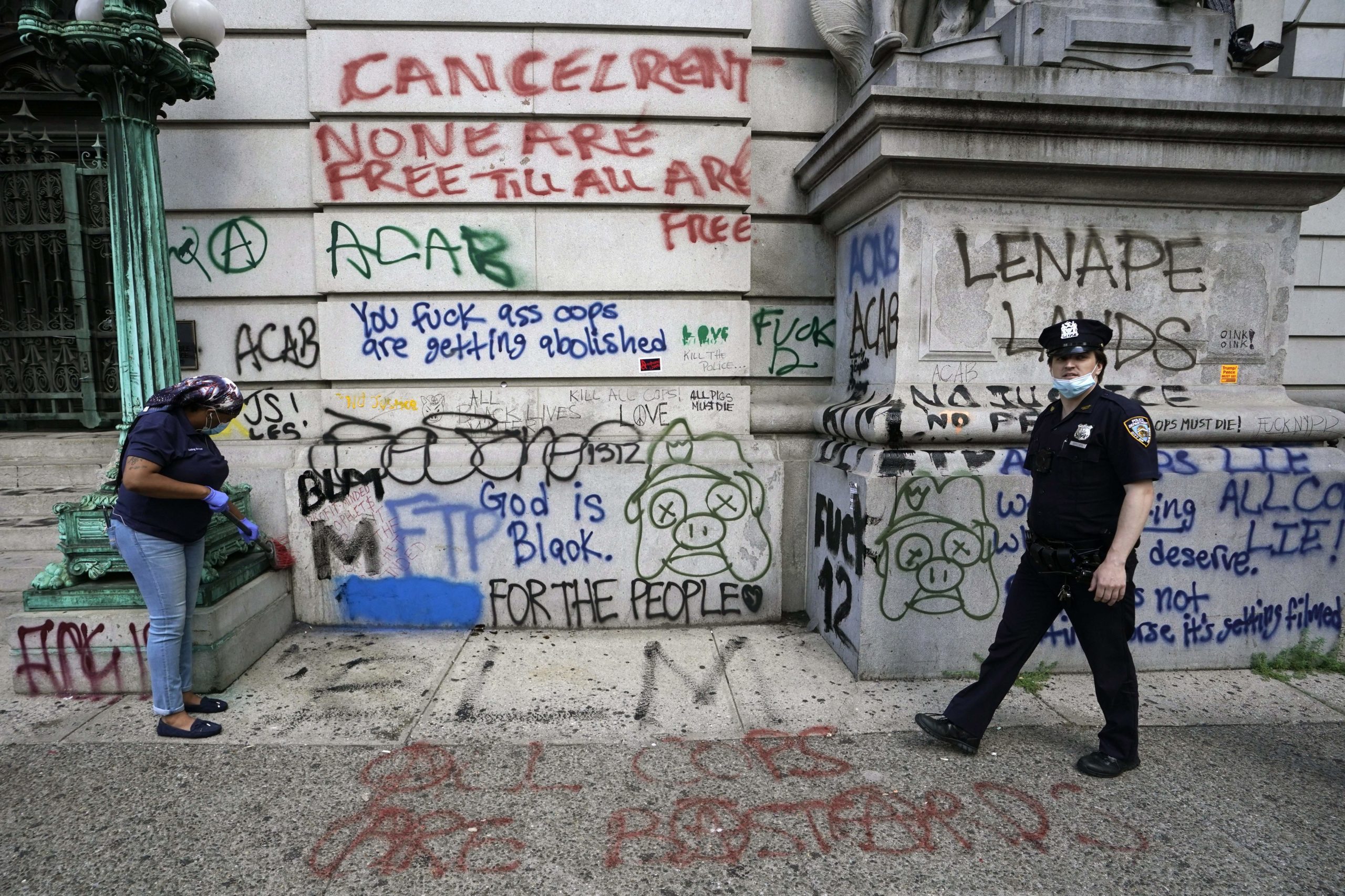 A city worker cleans up the street in front of a New York City government building on July 1, 2020 across the street from the Black Lives Matter protesters. (Photo by TIMOTHY A. CLARY/AFP via Getty Images)

John Elder, a spokesman for the Minneapolis Police Department, said state residents were just as reliant on police now as ever.

“People seem less willing to openly cooperate; however, the use of CrimeStoppers (Minneapolis’s anonymous tip line) in tips are up,” Elder told the DCNF.

As citizens’ opinions on defunding law enforcement have soured with rising crime, liberal politicians have backtracked on their efforts to divert funds away from police departments.

Keisha Lance Bottoms, Atlanta’s mayor, told 11Alive in a June 2020 interview that the city was “ahead of the curve” on defunding the police. She then supported a budget that would include funding to hire 250 police officers earlier this week, The Atlanta Journal-Constitution reported.