“A place of acceptance and joy became a place of unspeakable pain and loss, and we’ll never fully recover, but we will remember,” Biden said at the signing, according to Axios. “May no president have to sign another monument like this,” he added. The signing was attended by survivors of the massacre.

The gay nightclub was the location of a mass shooting in 2016, where 49 people were killed and 53 were injured. The legislation was passed unanimously in the Senate on June 9, a few days before the massacre’s five-year anniversary, according to Axios.

Biden previously spoke about the bill on the shooting’s fifth anniversary, saying it would enshrine “in law what has been true since that terrible day five years ago: Pulse Nightclub is hallowed ground,” Axios reported. The mass shooting is the second deadliest in modern U.S. history, according to Axios. 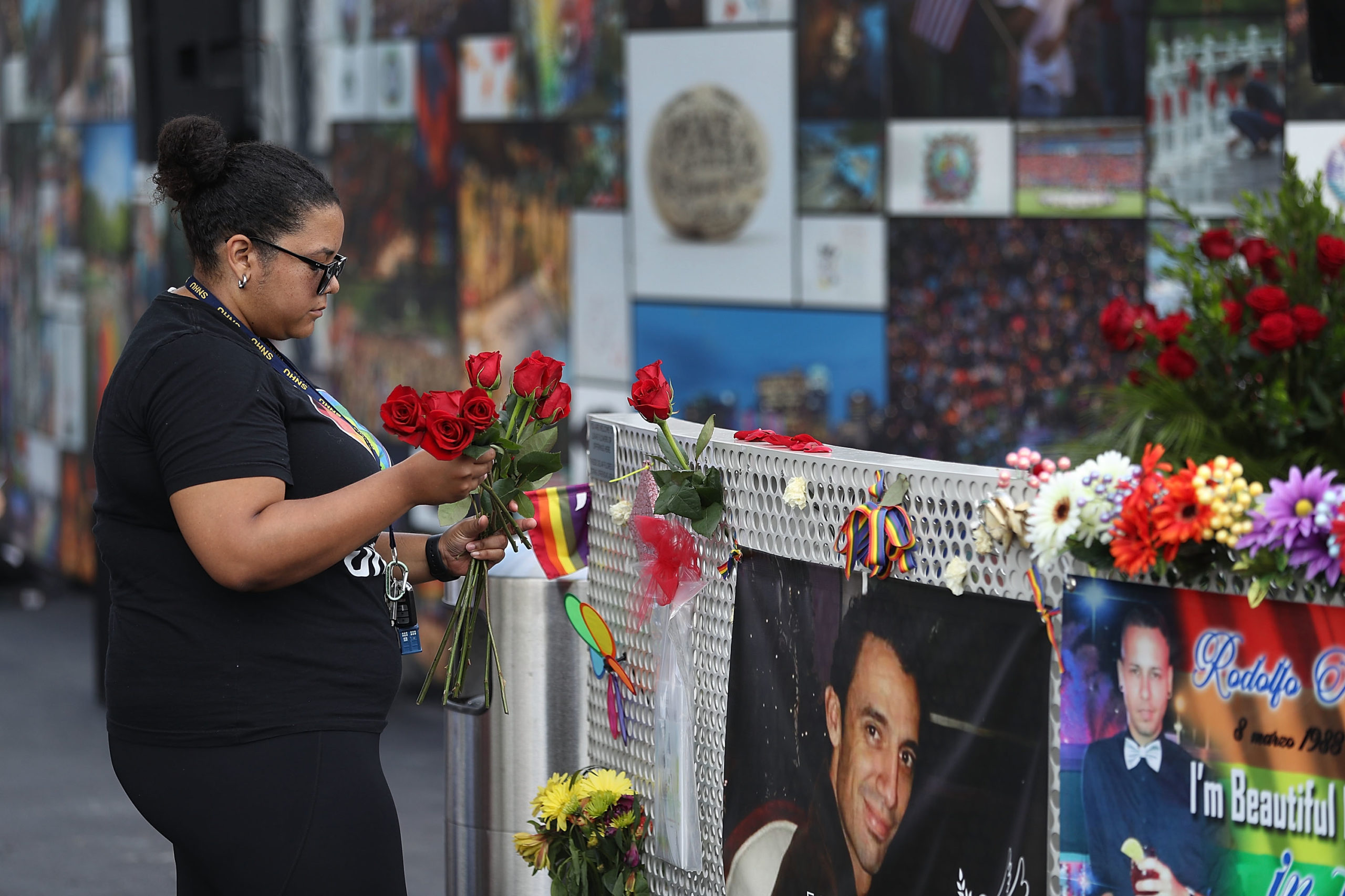 ORLANDO, FL – JUNE 12: Bianca Booker places flowers on a fence at the memorial set up for the shooting victims at Pulse nightclub where the shootings took place two years ago on June 12, 2018 in Orlando, Florida. On June 12, 2016 a mass shooting took place at Pulse nightclub killing 49 people and wounding 53 in one of the worst mass shootings in U.S. history. (Photo by Joe Raedle/Getty Images)

Biden spoke alongside Secretary of Transportation Pete Buttigieg, the first LGBT person to be confirmed to a cabinet position. “Us being here proves how much change is possible in America,” Buttigieg said at the podium.

The law is part of a greater initiative by the One Pulse Foundation to create a permanent memorial, with the site including a reflecting pool, open-air museum and education center, with an expected cost of $45 million. No federal funds can be used to create the memorial, Axios reported.

The foundation states that its mission is to “support a memorial that opens hearts, a museum that opens minds, educational programs that open eyes and legacy scholarships that open doors.” (RELATED: Minister Who Torched Gays After Pulse Shooting Resigns For Allegedly Smoking Weed, Gambling And Paying For Sex)

Biden also announced the appointment of Jessica Stern, head of the New York human rights group OutRight Action International, as a special envoy at the State Department. She will lead diplomatic efforts to advocate for LGBT rights abroad.