A woman criticized the Fairfax County school board during a Wednesday meeting for including critical race theory in training for teachers and staff at Chantilly High School.

“Do you recognize this document? It’s the study guide that comes with the book Stamped, which is the assigned summer professional development for Chantilly High School teachers,” Sue Zoldak, the founder of DoBetterFCPS.com, a group seeking to hold Fairfax County Public Schools leadership (FCPS) accountable, said, referring to educational guide that went with the book. (RELATED: A Parent-Led Rebellion Against Critical Race Theory Is Storming School Boards Across The Country)

“For the many parents in the community who say, ‘FCPS does not teach Critical Race Theory,’ I want to read from this guide,” she added. “Do you, as leaders of our school system, believe in America? Do you believe in meritocracy?” 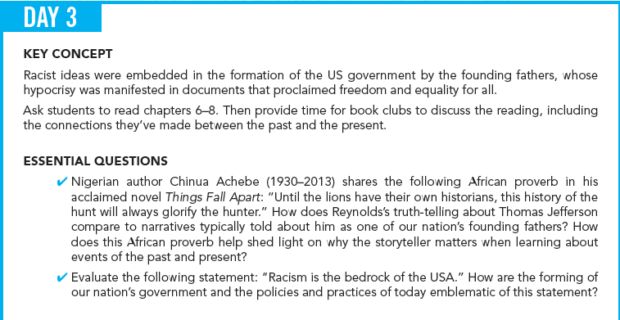 This excerpt from a study guide of a book assigned as “professional development” to teachers at a Fairfax County high school describes the Founding Fathers as hypocrites. (Screenshot from PDF) 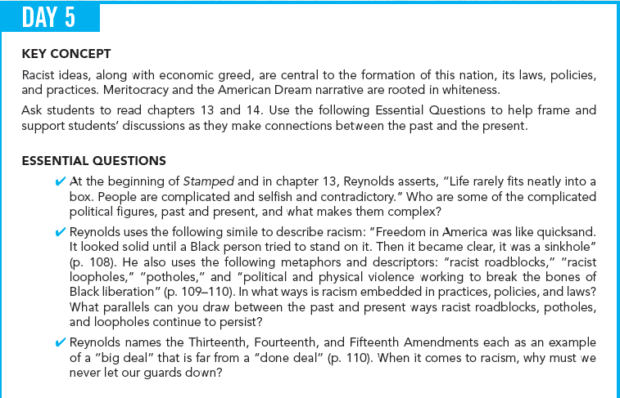 In this excerpt from a study guide for a book assigned as “professional development” to teachers at a Fairfax County high school, meritocracy and the American dream are said to be “rooted in whiteness.” (Screenshot/StampedEducatorsGuide)

The study guide makes a number of assertions about racism, the United States and the Founding Fathers, including: 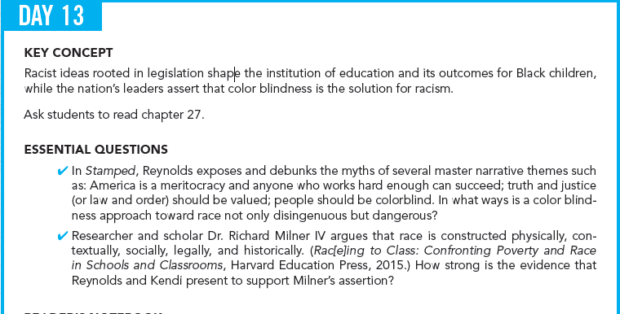 “Do you, the School Board, believe you were fairly elected based on your merits for this job?” Zoldak asked. “Because if you don’t, you should resign. Because you cannot at once denounce meritocracy as racist while living under the very outcome meritocracy provides.”

“This is the danger of the lies and distraction the people gathering outside these meetings are allowed to tell. The ones some of you encourage and are financially benefiting from,” Zoldak, who described herself as being the recipient of hostility over her advocacy in a March 26 town hall hosted by Fox News host Laura Ingraham.

She also said that she doesn’t feel safe in her own county, noting that she arrived with “private security.”

“When you talk about inclusivity, does it include Asians who deserve to be at Thomas Jefferson? I just saw a teacher post on a Facebook Group this week, ‘AAP students tend to be white males and Asians.’ These are the kind of comments your staff thinks are okay,” she said, according to the transcript.