About half of the adults in Israel infected with the recent outbreak of a coronavirus variant were fully vaccinated with the Pfizer vaccine, The Wall Street Journal reported.

An estimated 90% of the new infections were found to be the delta variant, according to Ran Balicer, who leads an expert advisory panel on COVID-19 for the Israeli government, the WSJ reported. The country’s health officials believe the delta variant likely entered the country through the main airport in Tel Aviv, which was overrun in recent days due to an uptick in foreign travel.

The delta variant was first detected in India and is considered a “variant of concern,” according to the Centers for Disease Control and Prevention. It is more transmissible, can lead to a more severe illness and resist the effectiveness of treatments or vaccines.

Despite the fact that over 85% of Israeli adults have been vaccinated with two doses of the Pfizer vaccine in what was one of the fastest vaccine rollouts in the world, the variant poses a new set of challenges for the country and forced changes to its reopening plans, according to Johns Hopkins University. (RELATED: As Slew Of Progressives Push Back Against Israel, Biden Declares That His Party ‘Still Supports’ Country)

The Israeli government reinstated an indoor mask mandate, which ended 10 days ago, the WSJ reported and pushed back the reopening date for foreign national tourists traveling to the country from July to August, according to a statement made by Prime Minister Naftali Bennett. He also announced a national operation to vaccinate people aged 12 and up.

“The entrance of the delta variant has changed the transition dynamics,” said Balicer, who is also the chief innovation officer for Israel’s largest health-management organization, Clalit, the WSJ reported. 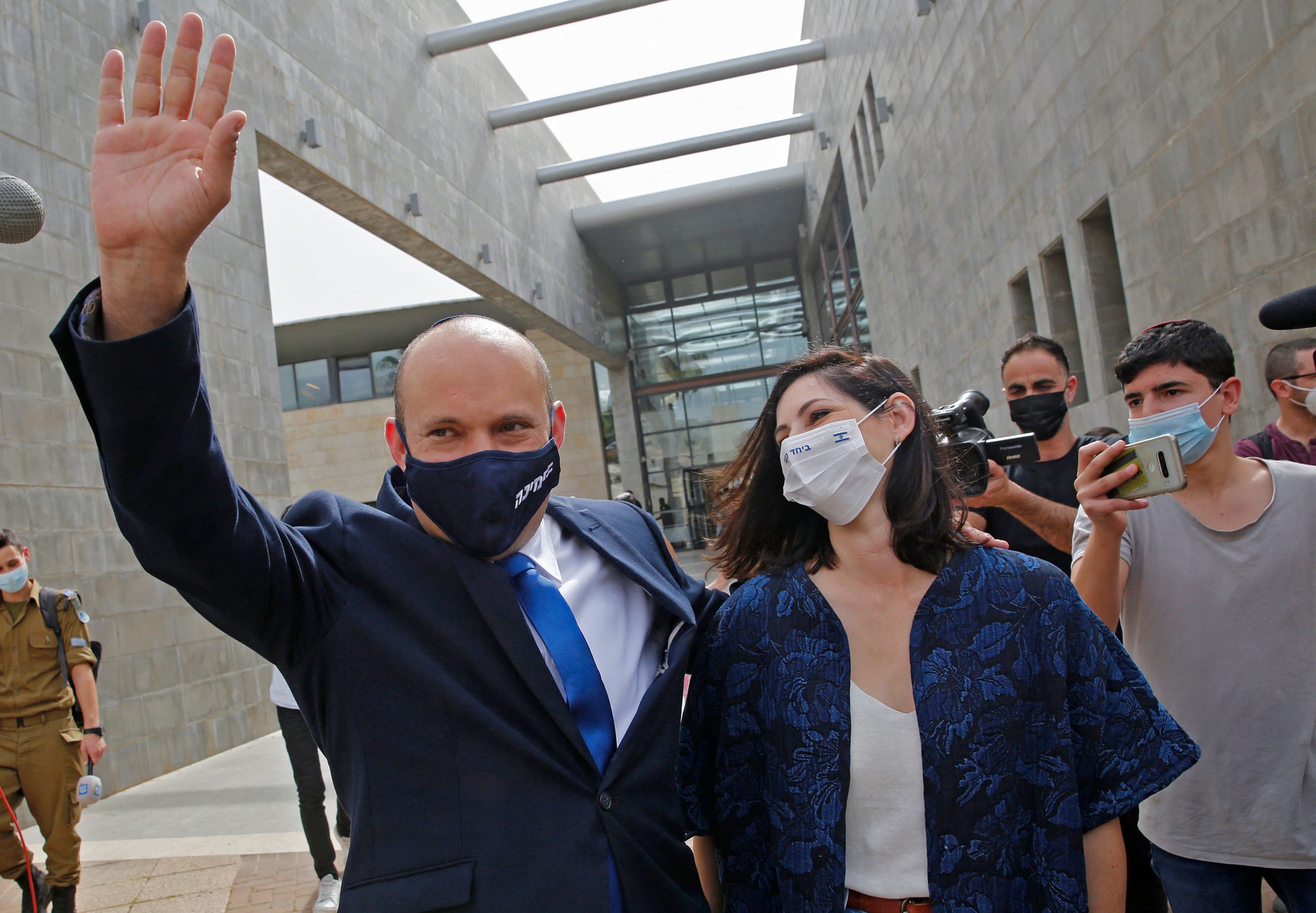 Israel’s Naftali Bennett, leader of the right wing ‘New Right’ Yamina party, waves as he walks with his wife Gilat at a polling station where they voted on March 23, 2021 in the city of Raanana in the fourth national election in two years. (Photo by GIL COHEN-MAGEN/AFP via Getty Images)

Fauci said the Pfizer vaccine is 88% effective in protecting against symptomatic disease caused by the delta variant, two weeks after receiving the second dose, referencing a health science journal exploring the effectiveness of the COVID-19 vaccination against this specific variant.

“We want to minimize harm to routine life in the country,” Bennett said in the statement. “Therefore, we have decided to take action as soon as possible, even now, in order not to pay a heavier price later, by taking quick and responsible actions.”