A former senior journalist for Hong Kong’s Apple Daily newspaper was reportedly arrested Sunday night at the airport, according to Reuters.

Hong Kong media identified the arrested man as journalist Fung Was-Kong after police said a man was taken into custody at the airport for “conspiring to collude with foreign countries or foreign forced to endanger national security,” Reuters reported.

If Was-Kong is confirmed to be the arrested person, he would be the seventh Apple Daily staffer arrested in recent weeks regarding national security charges. Reuters reported that it did not independently confirm the arrested individual was Was-Kong.

The pro-democracy paper Apple Daily ceased operations last week after multiple arrests of its editors and executives on account of reported violations of Beijing’s sweeping national security law, which gives mainland China the authority to crack down on political dissent in Hong Kong. 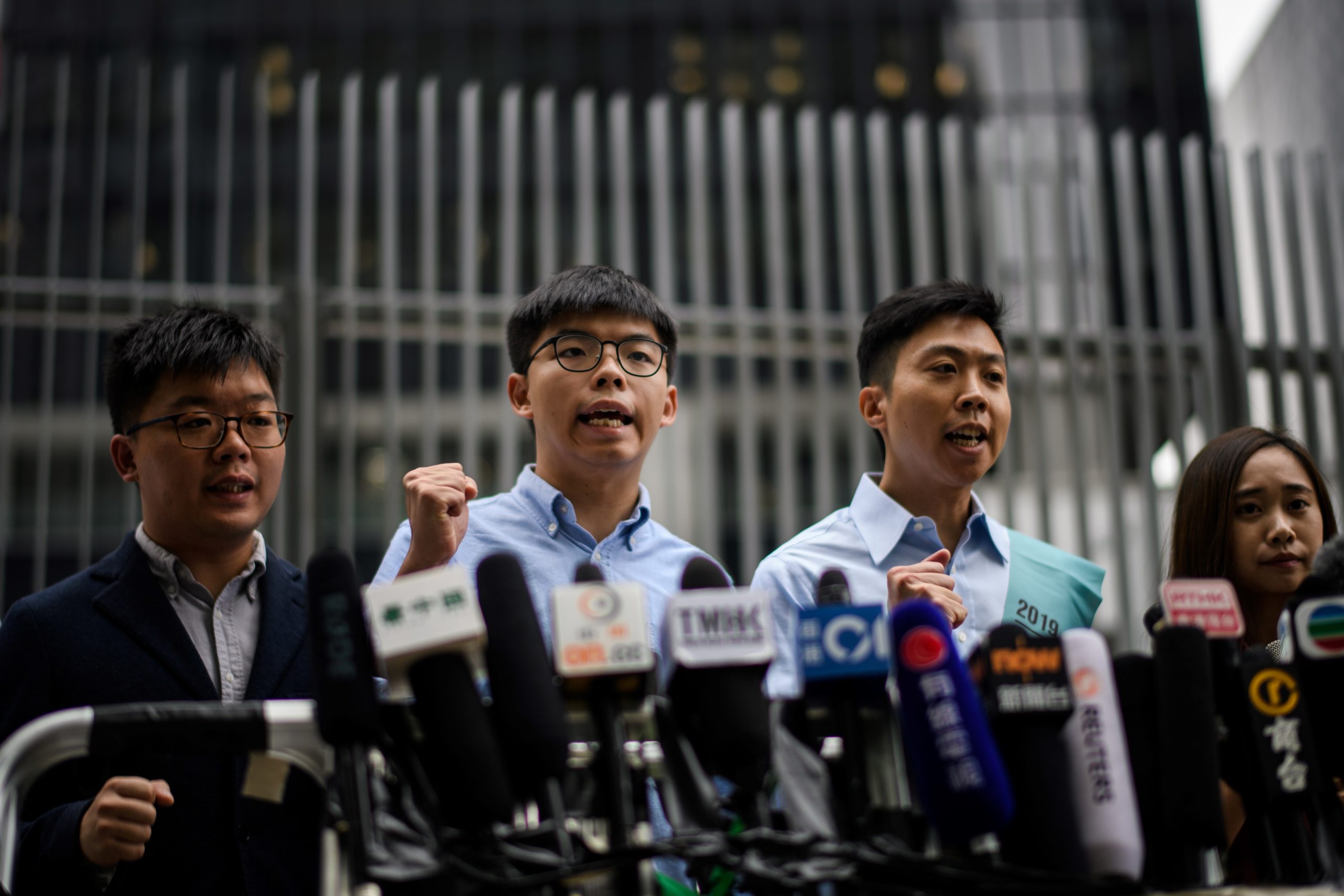 Pro-democracy activist Joshua Wong (2nd L) and Kelvin Lam (2nd R) shout slogans as they meet the media outside the Legislative Council (LegCo) in Hong Kong on October 29, 2019, after he was barred from standing in an upcoming local election. Wong was barred on October 29 from standing in an upcoming local election, after months of huge and frequently violent protests in the city. (Photo by ANTHONY WALLACE/AFP via Getty Images)

The paper has been a popular pro-democracy voice in Hong Kong and its final edition sold out last Thursday following the arrests, a raid of the paper’s office and freezing of its assets.

The national security law is largely in response to pro-democracy protests that have been ongoing for years in an attempt to crackdown on the freedoms Hong Kong has historically been allowed in contrast to Beijing.

Stand News, an online pro-democracy outlet, has stopped accepting donations from readers and taken down comments on its platforms, according to a Facebook post, Reuters reported. Stand News said it is in response to the “speech crimes” occurring in Hong Kong and to protect supporters and its editorial staff. Lam Yin-pong, assignment editor for Stand News, said the actions were partially a result of recent events targeting Apple Daily.

“This was one of the main motivating factors,” Yin-pong said, Reuters reported. “But having these precaution measures doesn’t mean that we think we’ve done anything illegal.”