The money, which was first earmarked as part of the CARES Act that became law in March 2020, will focus on community outreach and police task forces and will help fund rapid-DNA and ballistics testing, the governor said during a press conference.

“We’ll be able to track with the forensics — track shell casings, track where this gun came from, where this car came from and be able to do this on a regional basis,” Lamont said.

James Rovella, the state’s commissioner of emergency services and public protection, added that the relief money will improve experts’ ability to test bullet cases and ultimately track what firearms were used. (RELATED: Biden Believes Crime Spike Is At Least Partially Driven By Guns) 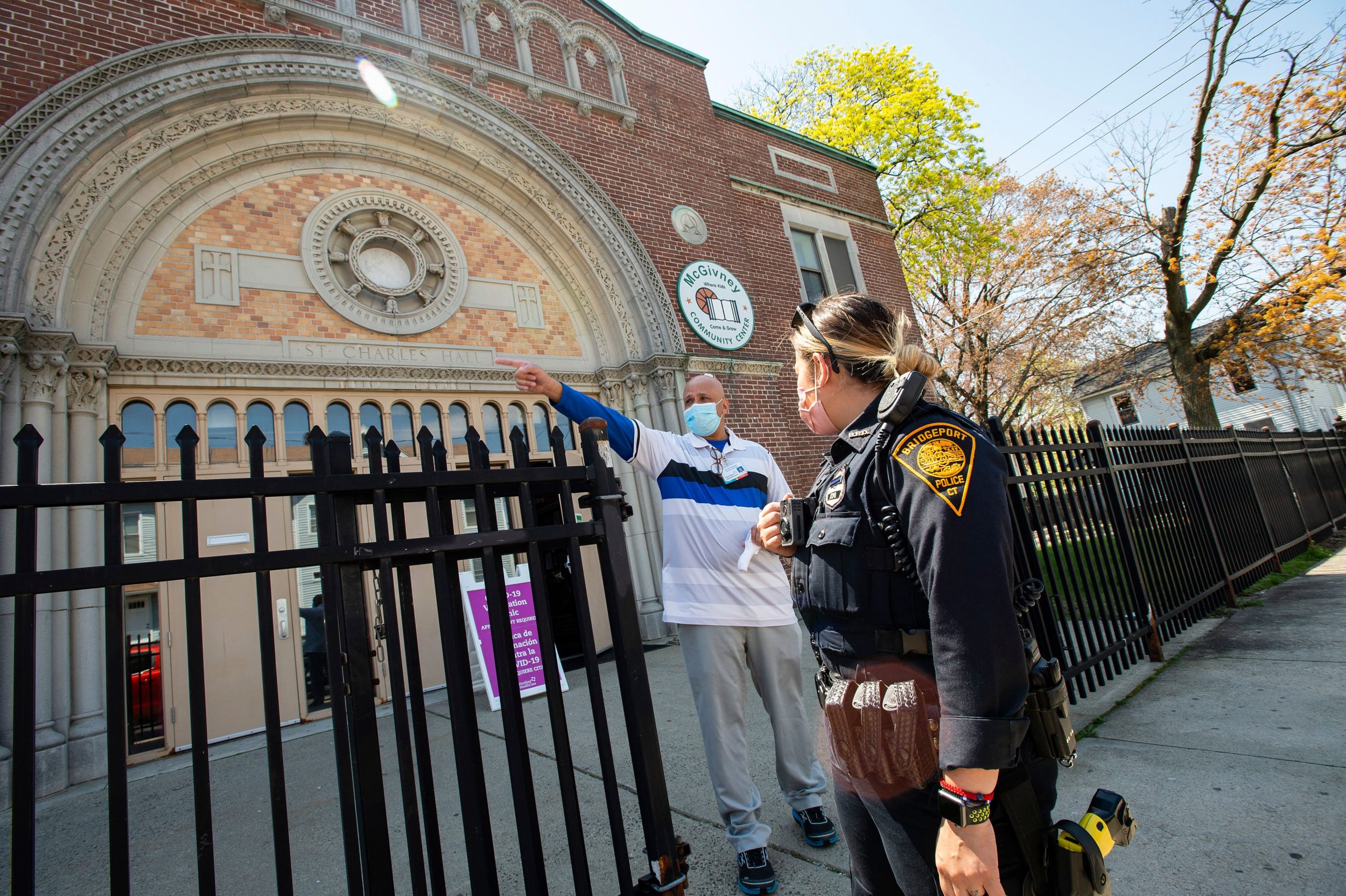 A police officer responds to after gunshots outside a mobile Covid-19 vaccination clinic in Bridgeport, Connecticut in April. (JOSEPH PREZIOSO/AFP via Getty Images)

Multiple officials who spoke Monday, including Lamont, defended their use of the leftover funds, acknowledging the spike in violent crime that has occurred across the past year and only accelerated in 2021.

Marc Pelka, the administration’s undersecretary for criminal justice policy, said that even though crime in Connecticut remained below its peak in the 1990s, violent gun crimes, automobile theft and overdoses have all increased throughout the pandemic.

Lamont added that he hoped the money would ultimately increase opportunities for younger and vulnerable populations.

“It’s not all about law and order,” he said. “It’s also about understanding what our population has been through over this last year and a half, especially our young people.”

Though community organizers were happy to hear how the money will be spent, Andrew Woods, who runs the violence intervention program Hartford Communities that Care, called on Connecticut to ensure that the funding could be sustained in order to prevent violence in the long term.

“What I’m saying is that there are countless people who are in need of these services and again we are under-resourced,” he said.