Facebook’s market capitalization, or total dollar value, closed above $1 trillion for the first time ever Monday, making it the fifth U.S. company to reach such size.

Facebook exceeded the $1 trillion mark after a year in which the company experienced massive user and earnings growth, CNBC reported. Apple, Alphabet, Microsoft and Amazon – all fellow Big Tech companies – are the only other U.S. companies that have also surpassed $1 trillion in market capitalization, according to Axios.

Facebook’s milestone came after a federal court dismissed an antitrust lawsuit that the Federal Trade Commission (FTC) and 48 states filed against the massive social media company late last year. U.S. District Judge James Boasberg ruled that the complaint is “legally insufficient and must therefore be dismissed.”

“The FTC’s Complaint says almost nothing concrete on the key question of how much power Facebook actually had, and still has, in a properly defined antitrust product market,” Boasberg wrote in his ruling Monday. “It is almost as if the agency expects the Court to simply nod to the conventional wisdom that Facebook is a monopolist.” 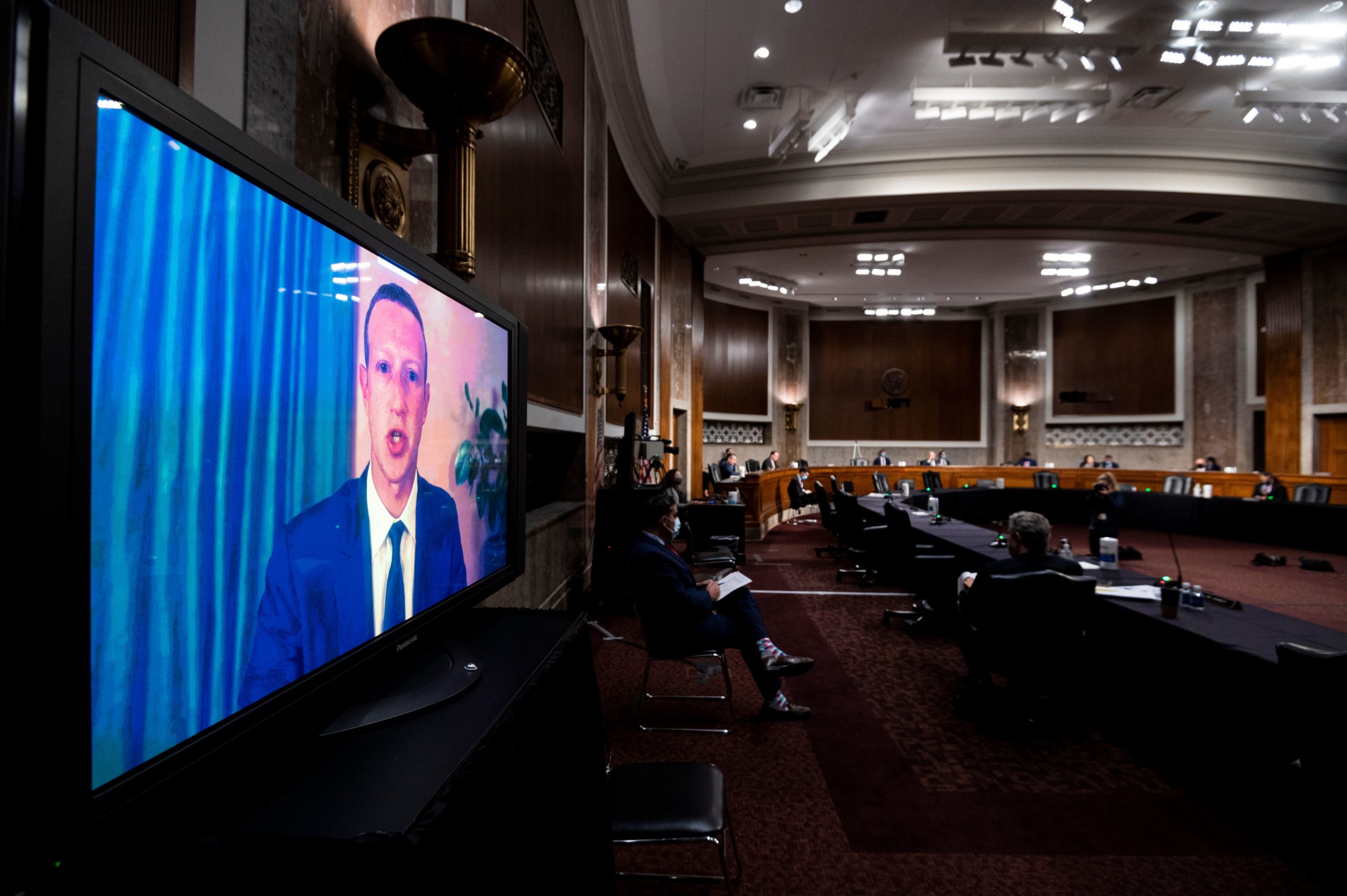 But Facebook, along with many Big Tech companies, are still expected to be targeted by antitrust legislation making its way through Congress. The legislation, which has bipartisan support, could reportedly lead to prosecutors breaking up Big Tech “monopolies.”

“Right now, unregulated tech monopolies have too much power over our economy,” Judiciary Antitrust Subcommittee Chairman David Cicilline said in a statement earlier this month. “They are in a unique position to pick winners and losers, destroy small businesses, raise prices on consumers, and put folks out of work.”

Facebook debuted on the public market nearly 10 years ago, trading at about $40 per share, BBC News reported at the time. The company was valued at around $100 billion when it was first publicly traded.

In April, the company Facebook reported $9.4 billion in profit during the first three months of 2021, a 94% year-over-year increase, the company said in April.

“We had a strong quarter as we helped people stay connected and businesses grow,” Facebook CEO Mark Zuckerberg said in a statement after the report. “We will continue to invest aggressively to deliver new and meaningful experiences for years to come, including in newer areas like augmented and virtual reality, commerce, and the creator economy.”