Several children shared testimonials about poor conditions while housed in the emergency intake facilities on June 21, according to court documents. Their experiences have drawn criticism from immigration attorneys and advocates, CNN reported.

A 17-year-old Guatemalan girl said she and 300 other girls slept in a big white tent on cots stacked on top of one another while she was detained at Fort Bliss, near El Paso, Texas, according to her testimony. Fort Bliss can house up to 10,000 migrants and was compared to “warehousing” children by attorneys who visited the facility, CNN reported. 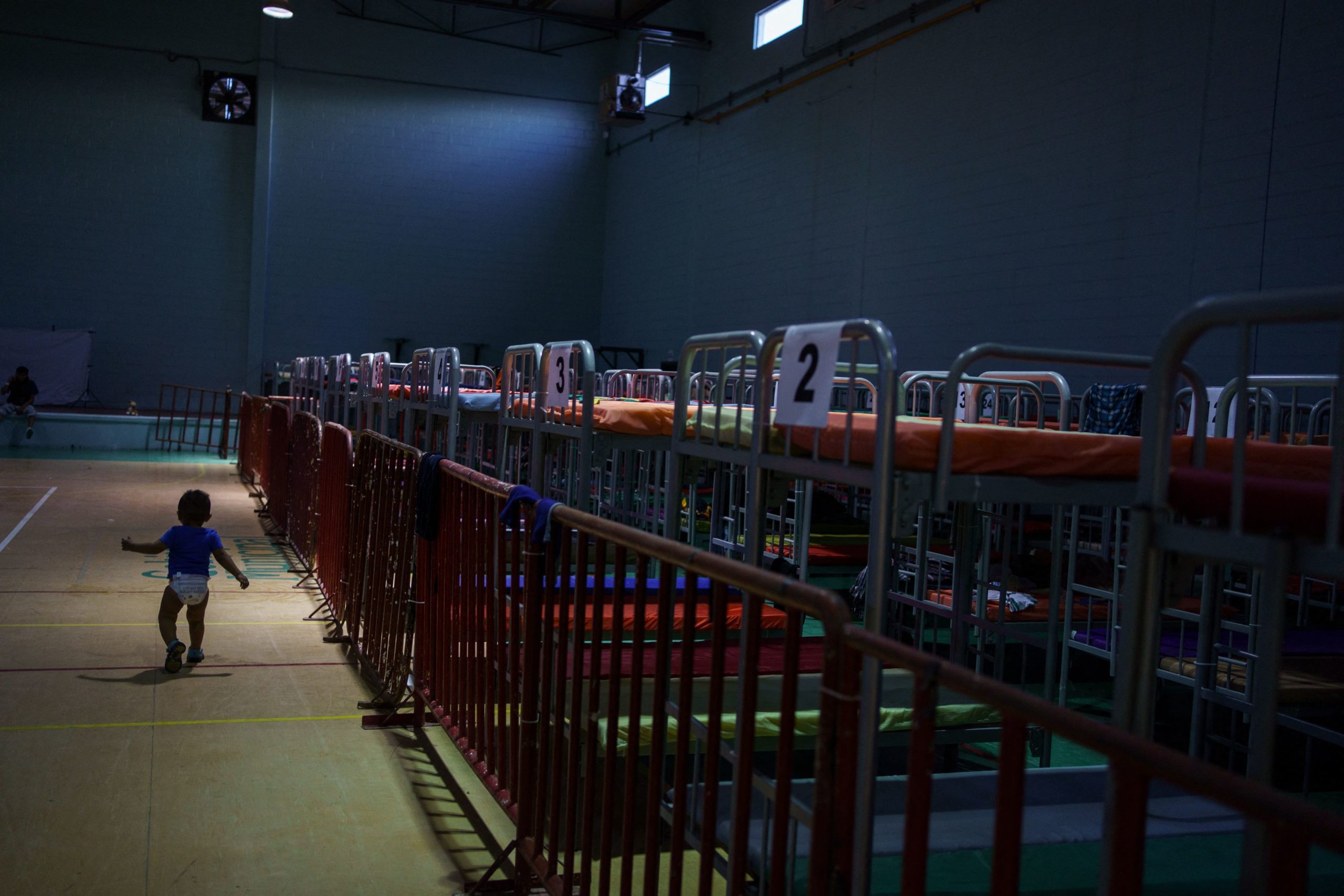 A child walks by bunk beds at Gimnasio Kiki Romero, a gym which has been converted into a makeshift migrant shelter in Ciudad Juarez on April 6, 2021. (Photo by PAUL RATJE/AFP via Getty Images)

The Department of Health and Human Services (HHS) is considering how and when to close the Fort Bliss, along with other emergency intake sites, Secretary Xavier Becerra told reporters Monday, CNN reported. Officials are hesitant to make a move since it’s unknown how many more unaccompanied migrant minors could arrive at the southern border in the coming months since a record number of arrivals caught the administration off-guard earlier this year, according to CNN. (RELATED: Detained Migrant Children Fed Spoiled Food, Held In Overcrowded Tents, Lawsuit Alleges)

The Biden administration constructed several emergency intake sites to move a record number of unaccompanied migrant minors arriving at the southern border out of crowded border patrol facilities, CNN reported. Border officials encountered a record high of nearly 19,000 migrant children in march and just over 17,100 in April before a decline to 14,100 in May, according to Customs and Border Protection (CBP).

Becerra visited the region as part of a series of tours of HHS facilities shortly after Vice President Kamala Harris’ trip to El Paso, Texas, on Friday, according to CNN. Becerra declined to say whether his visit to Fort Bliss was in response to criticism or the migrant children’s testimonials.

“This visit today was to see the continued progress that we’ve made,” Becerra said, CNN reported. “In terms of any reports or allegations of lack of care or abuse, we handle those immediately, whenever we get the reports. We handle each one as they come.”

Nearly 800 migrant boys are currently held at Fort Bliss, down from a recorded high of 4,400, according to CNN. Over 14,200 unaccompanied migrant minors were in HHS custody as of Sunday, according to the agency.