New York City’s Board of Elections revealed Tuesday evening that it had unintentionally counted 135,000 test ballots, rendering initial results released hours earlier inaccurate. Below is the original report from when those results were released. New results are expected to be released Wednesday.

Adams, who polls showed as the frontrunner in the final days before the June 22 primary, led Maya Wiley, a former counsel to Mayor Bill de Blasio, by over nine points, former city sanitation commissioner Kathryn Garcia by 12 points and Andrew Yang, who promptly conceded last Tuesday, by 20 after the first round of voting.

But with rounds two through 11 now tabulated, Adams leads Garcia 51.1% to 48.9%, with Garcia soaring into second and passing Wiley, who was officially eliminated. Ranked-choice voting allows voters to list candidates in order of preference instead of selecting just one, meaning that Adams’ lead on night one was not set in stone. (RELATED: Adams Leading On Night One In NYC Mayoral Race, Yang Concedes) 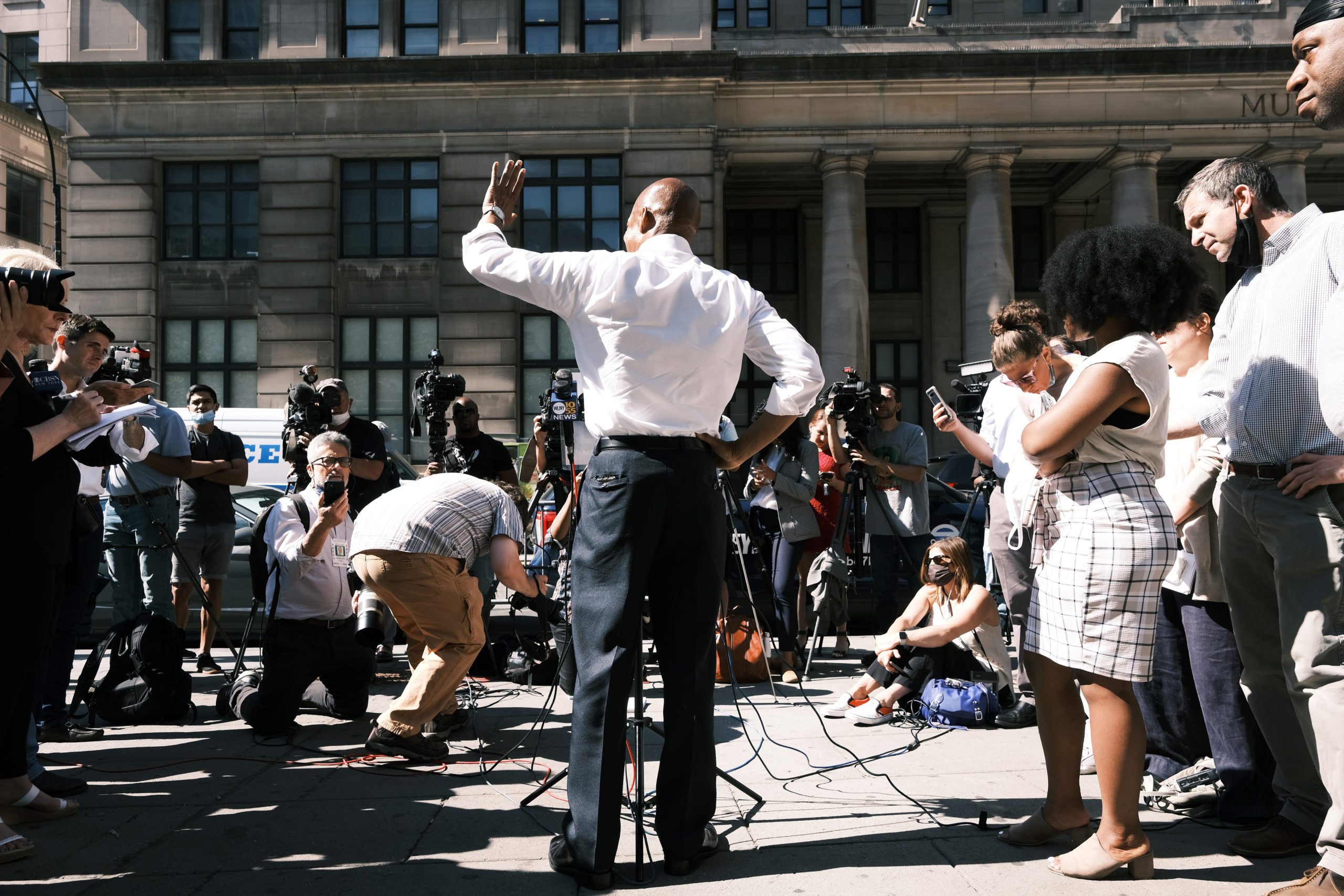 Though Adams still holds a narrow lead, the race is far from decided. New York City election officials will not release vote counts from tens of thousands of absentee ballots until July 6, meaning that Garcia outperforms Adams among mail-in voters she could win.

A final count is not expected before July 12, nearly three weeks after the election first began. (RELATED: Voters Set To Pick Who Will Lead New York City’s Economic Recovery, Fight Against Rising Crime And More)

Adams has centered his campaign around lowering the New York City’s crime rate, prompting most of the its police organizations to endorse him. He has supported past use of stop-and-frisk, opposes the “defund the police” movement and has said that he will carry if elected, putting him at odds with many of his fellow candidates and making him a target of the progressive left. 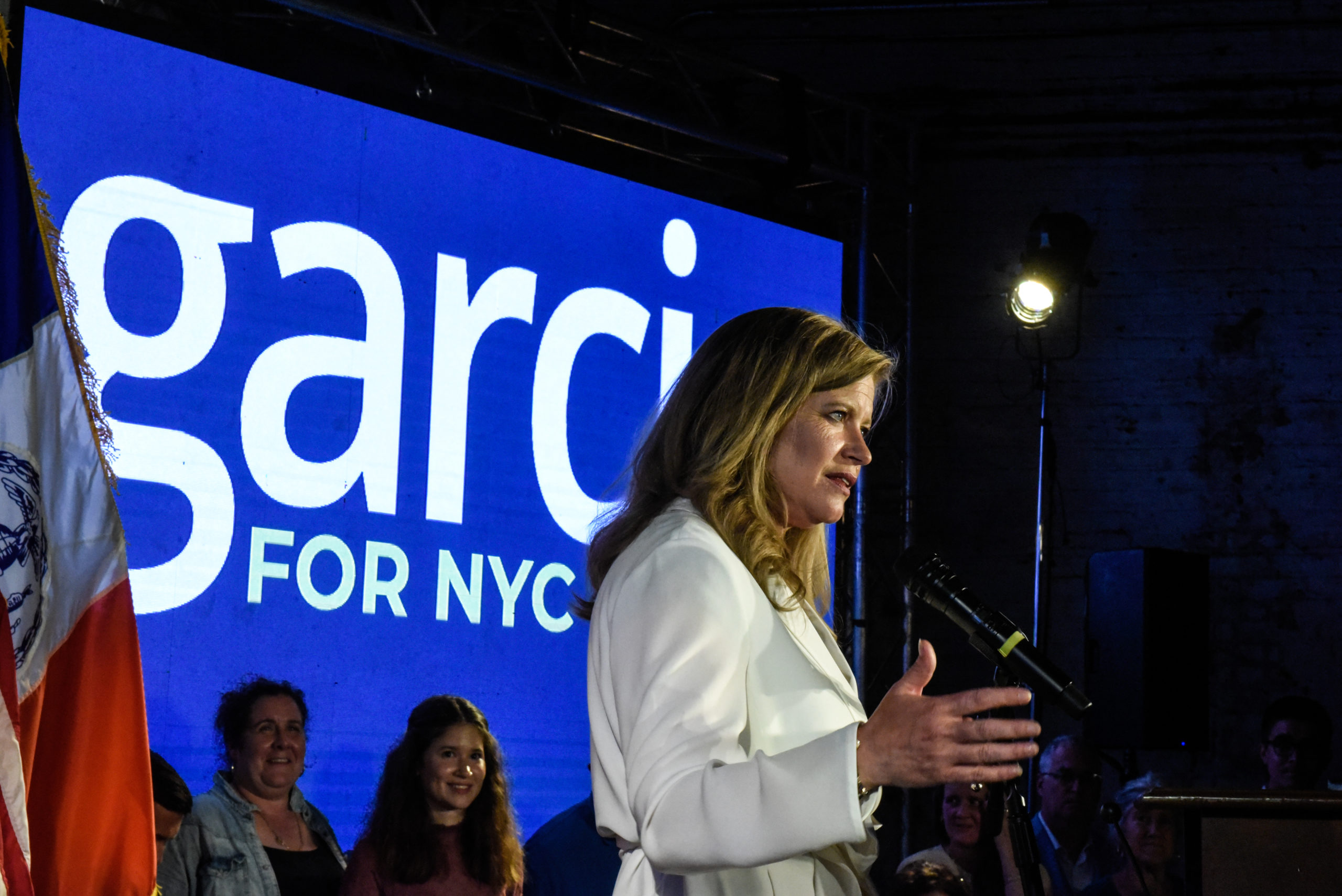 Kathryn Garcia speaks to supporters on June 22. After finishing third on night one, she has all but eliminated Adams’ lead in what has become an extremely close race. (Stephanie Keith/Getty Images)

Garcia and Yang even joined forces in the final weekend of campaigning in a bid to stop his momentum, prompting Adams to baselessly accuse them of trying to suppress the votes of people of color and “steal” the election from him, since no votes had yet been tallied.

Adams doubled down on his earlier rhetoric Tuesday, saying the margin raised “serious questions” while asking New York City’s Board of Elections to explain “such a massive increase and other irregularities.”

If Adams becomes the Democratic nominee, he will face Republican Curtis Sliwa in November’s general election and will likely win in a landslide given New York City’s liberal electorate.