House Minority Leader Kevin McCarthy said Tuesday he is fine with legislation that would remove the Confederate statues that stand in the U.S. Capitol.

During a speech on the House floor, McCarthy addressed his support for a resolution that would remove Confederate statues from the Capitol, saying all the statues are of Democrats and that the party should consider changing its name.

“The bill we’re voting on today we’ve voted on before. I supported it [then] and I support it now. But let me state a simple fact: All of the statues being removed by this bill are statues of Democrats,” McCarthy said.

“What’s interesting is the statues that need to be removed were sent to the Capitol by states [with Democrat-run legislatures] sent to a House that had a [Democrat majority who was] accepting of these statues. I think the bill should go further. Maybe it’s time the Democrats changed the name of their party,” he continued.

“[Democrats are] desperate to pretend their party has progressed from their days of supporting slavery, pushing Jim Crow laws and supporting the KKK. But let’s be honest … if those fundamentals rest somewhere, we cannot let them,” McCarthy added.

GOP Leader McCarthy during debate on a bill to remove Confederate statues from the Capitol:

“All of the statues being removed by this bill are statues of Democrats… Maybe it’s time the Democrats change the name of their party.” pic.twitter.com/0RA6ubLuYT 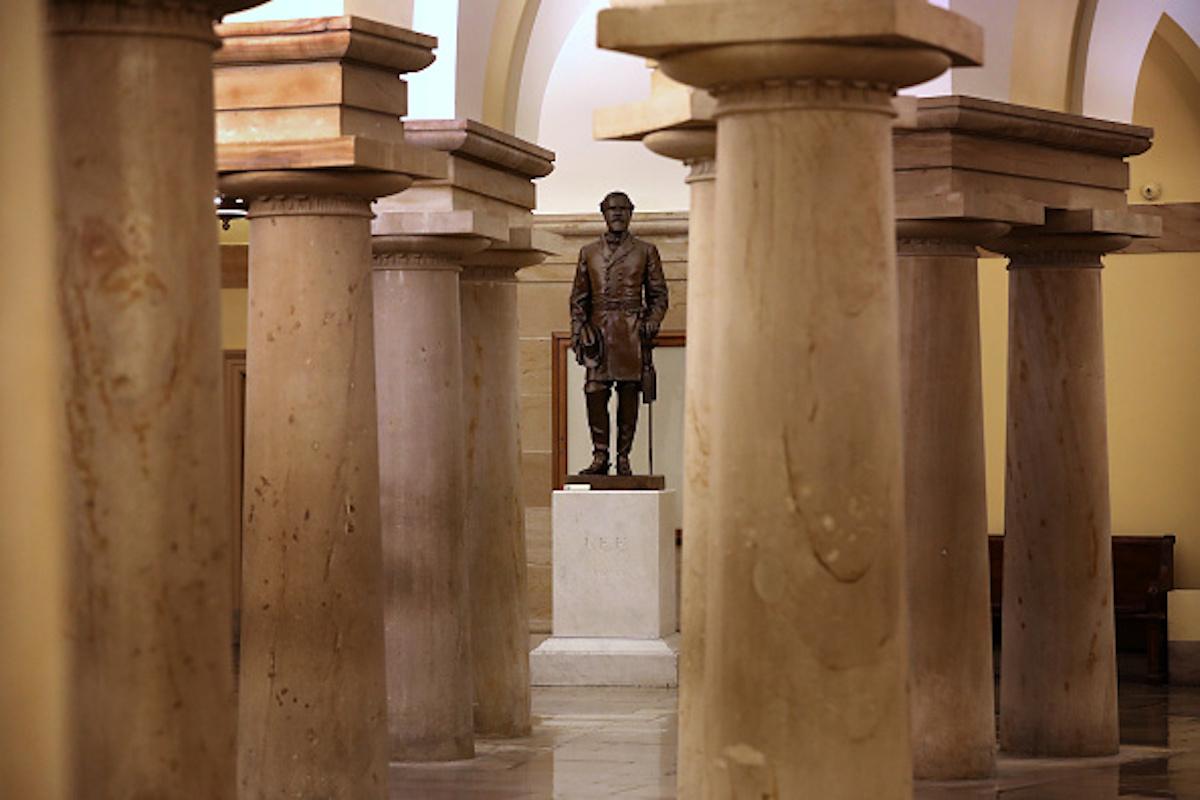