A group of House Republicans reacted to what they saw on their trip to the southern border Wednesday, as the crisis continues to amplify.

Over two dozen Republicans are on the trip which was organized by Republican Study Committee (RSC) chairman Republican Indiana Rep. Jim Banks. The group arrived Tuesday to La Joya, Texas, and witnessed migrants illegally cross the border throughout the night. The group will be joining former President Donald Trump and Texas Gov. Greg Abbott for a roundtable discussion with border patrol officials Wednesday.

Last night several Republican Congressional members joined us on the field in La Joya, Texas to witness firsthand the reality of the border crisis. Here I explained to congressman @CawthornforNC how Mexican cartels track and label migrants paying to be smuggled into the U.S. pic.twitter.com/ivZkvx0Fbz

As the migrants continued to flood into the U.S., Republican Illinois Rep. Mary Miller explained what she was seeing and how she felt in an interview with The Hill. (RELATED: EXCLUSIVE: Here’s The Border Crisis That Kamala Harris Didn’t See . . .)

“I want to cry,” Miller said. “How sad it is that we’ve created this humanitarian crisis. These desperate people think they can come in, which obviously our president has advertised this and facilitated this invasion.” 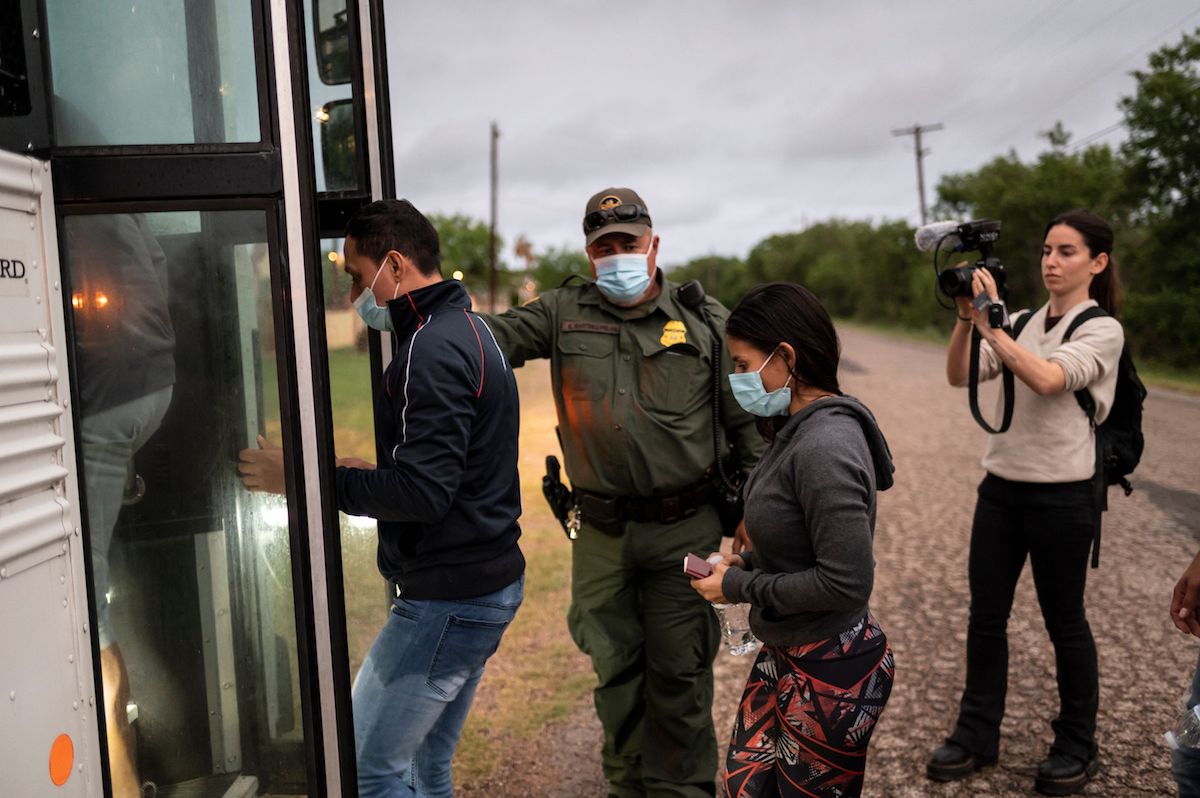 Migrants make their onto a bus after being apprehended near the border between Mexico and the United States in Del Rio, Texas on May 16, 2021.(Photo by SERGIO FLORES/AFP via Getty Images)

“The world wants to come to our great country, the land of freedom and opportunity. … True, we have warts, we’re not perfect, there’s no utopia … but we’re the most free and the most prosperous, and that’s why these people are here,” Miller added. (RELATED: Rep. Chip Roy Wonders What Texas Gains From Being In ‘A Union That Won’t Secure It’s Own Border’)

Banks explained to The Hill how effective he thinks the border wall is and said there is no way through it.

“President Biden on Day One signs an executive order that stops construction of the wall, and that creates an entryway which is why this section is a hot spot,” Banks added. “You have thousands of migrants passing through this area on a regular basis on nights like tonight, because there’s an open door that allows them to do that.”