Thousands of prisoners, including activists and journalists, were released in Myanmar Wednesday, the Associated Press reported.

The Myanmar government started releasing around 2,300 prisoners, including activists who protested the military takeover and journalists who reported on the events in February, according to the AP. Detainees were bussed out of the Yangon’s Insein Prison and taken to the police stations where they were booked in to finish processing.

More than 720 people were released from the prison that mostly holds political prisoners, Yangon Region Prison Department head Zaw Zaw confirmed to the AP. It was unclear whether all the journalists and activists arrested during the coup were released.

Deputy Information Minister Maj-Gen Zaw Min Tun said detainees would be released “who took part in the protests but did not take part in the violence, who did not commit crimes and did not lead the riots,” according to the AP. 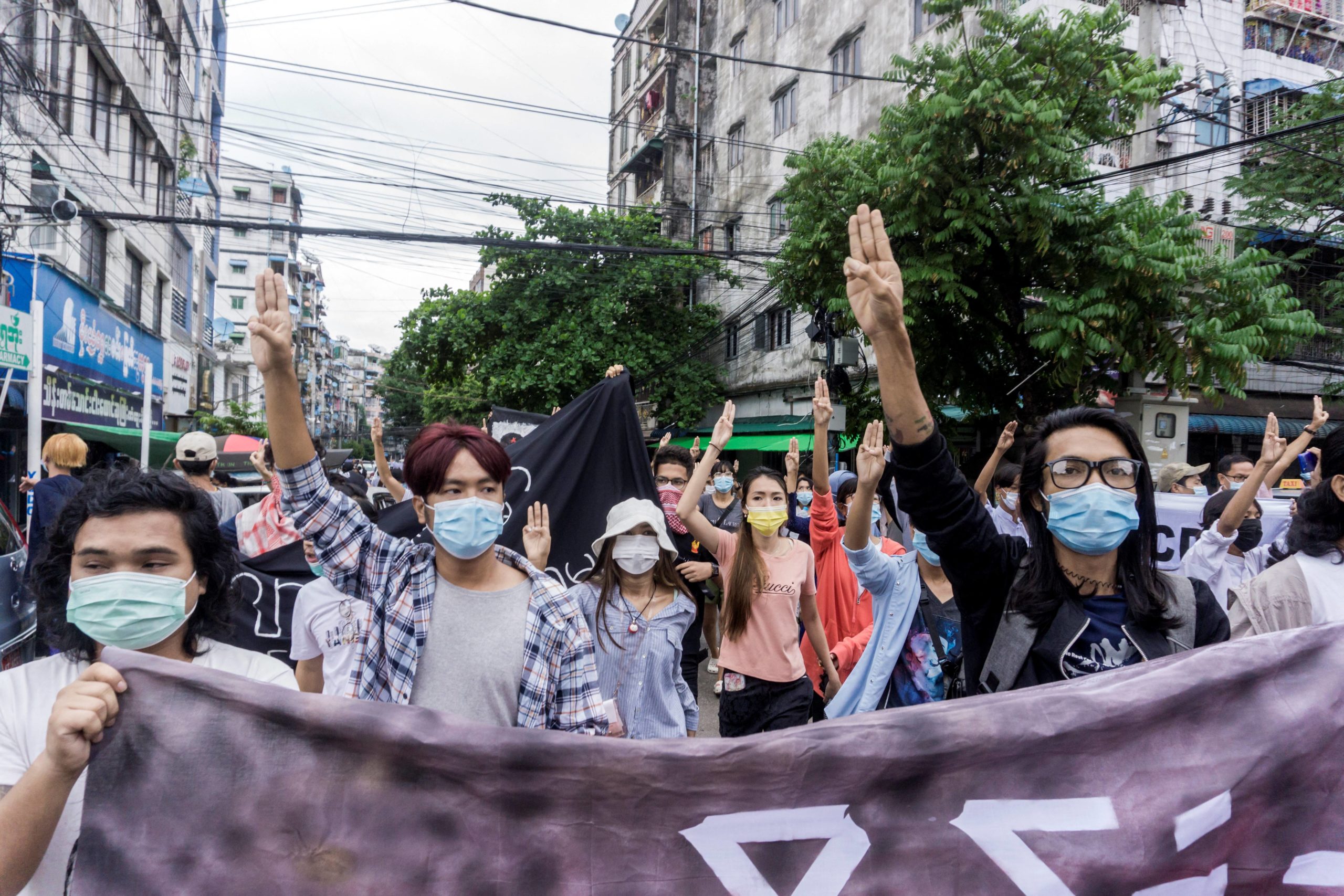 Protesters make the three-finger salute as they take part in a flash mob demonstration against the military coup in Yangon on June 14, 2021. (Photo by STR/AFP via Getty Images)

More than 5,200 people were arrested in connection with anti-coup protests, the Assistance Association for Political Prisoners said Tuesday, the AP reported. The organization tracked the number of arrests and casualties that occurred during the widespread civil unrest.

Most of those who were arrested for political reasons were charged with inciting disorder and public unease or disrupting civil workers and military members, according to the AP. People arrested on these charges can face up to two or three years in prison. (RELATED: Myanmar Security Officials Burn Village In Suspected Attempt To Quell Opposition)

Myanmar officials did not say why the 2,300 people were released, though the country has seen an increase in positive COVID-19 cases and prisons are considered high-risk areas for potential spread, the AP reported. The country’s health care system has struggled since the onset of the civil unrest and COVID-19 testing and reporting rates have been inconsistent.

The Myanmar government is attempting to smooth over relations with citizens and announced dropped charges for around two dozen celebrities who participated in the protests Tuesday, according to the AP.

The U.N. General Assembly enacted an arms embargo against the country on June 18 and condemned the junta, the AP reported. Other countries implemented individual sanctions against the nation following the coup and civil unrest.