The death toll from the collapsed condominium in Surfside, Florida, rose to 78 as of Friday.

Out of the deceased 78, 47 were identified, Fox News reported. The identified victims’ relatives have been informed, said Miami-Dade County Mayor Daniella Levine Cava, who described the death count as “staggering and heartbreaking,” according to the outlet.

Authorities have accounted for 200 people in total thus far; 62 people are missing, the mayor said. Rescuers found many of the dead crushed in their beds, according to officials, the outlet reported. Rescuers have managed to decrease the pile of rubble to near ground level. Earlier it was between 13.2 and 16.5 meters high, according to Fox News.

Three bodies were found Monday in an area that was newly accessible because of the demolition, according to The Associated Press.

The collapse of the remaining portion of the building occurred after 10 p.m. Sunday after rescue efforts were temporarily suspended because of Tropical Storm Elsa. 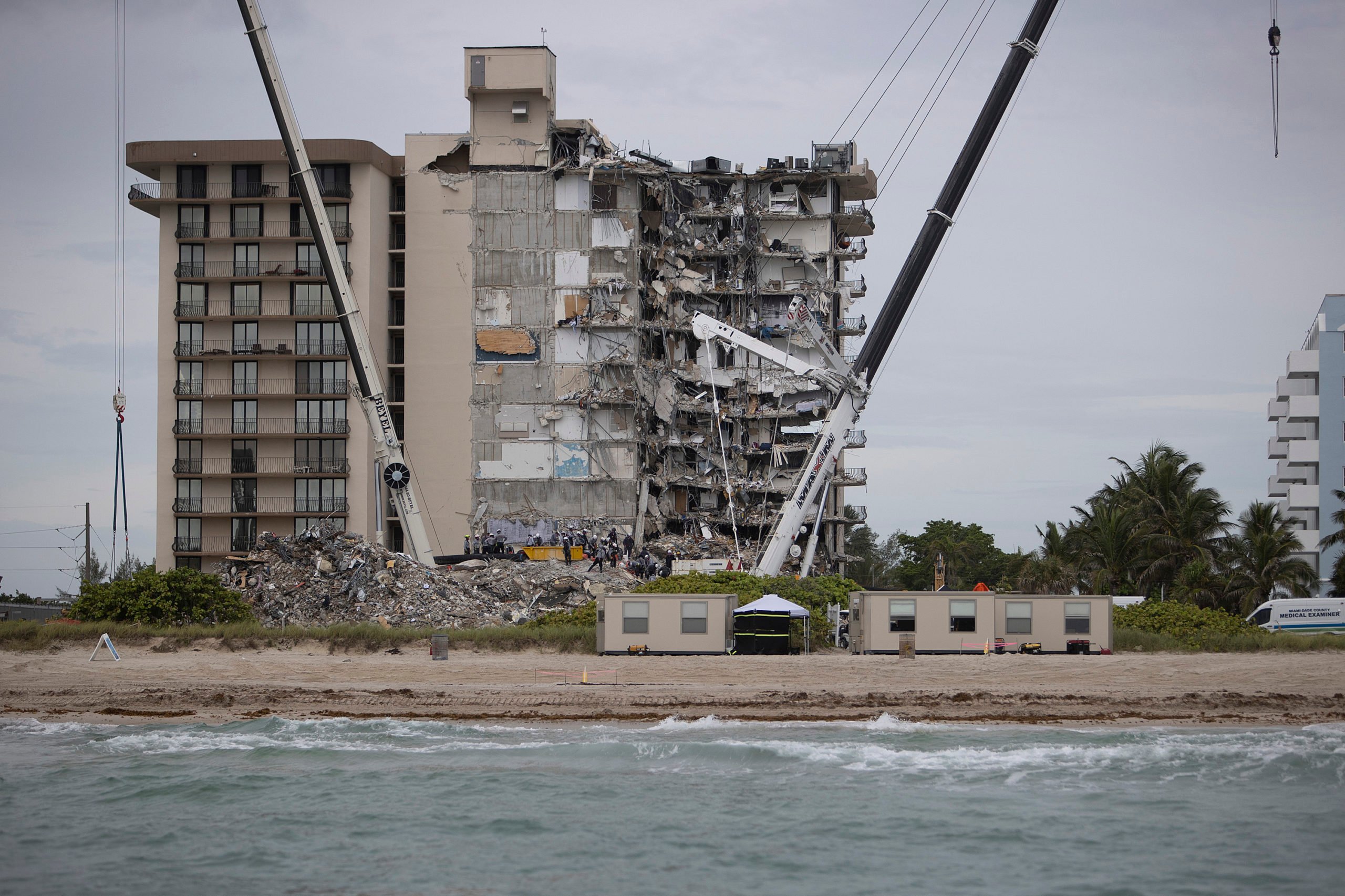 Search and Rescue teams look for possible survivors and to recover remains in the partially collapsed 12-story Champlain Towers South condo building on June 29, 2021 in Surfside, Florida. Over one hundred people are being reported as missing as the search-and-rescue effort continues. (Photo by Joe Raedle/Getty Images)

The oceanfront building suffered a partial collapse early morning June 25, as previously reported. Emails released by the city of Surfside show that three years prior to the structure’s partial collapse, the condominium complex required around $9 million in repairs. Two months before the building collapsed, the condo’s president warned residents that the building needed $15 million in repairs, according to a letter obtained by the Wall Street Journal.