The Supreme Court ruled in favor of a recent Arizona voting law that placed restrictions on absentee voting and ballot harvesting.

The high court upheld the Arizona law, ruling that states are able to pass laws that prevent voter fraud, according to the decision Thursday. Several voting rights groups had condemned the law, which they said would disenfranchise thousands of voters, NBC News reported.

“One strong and entirely legitimate state interest is the prevention of fraud,” he continued. “Fraud can affect the outcome of a close election, and fraudulent votes dilute the right of citizens to cast ballots that carry appropriate weight. Fraud can also undermine public confidence in the fairness of elections and the perceived legitimacy of the announced outcome.” 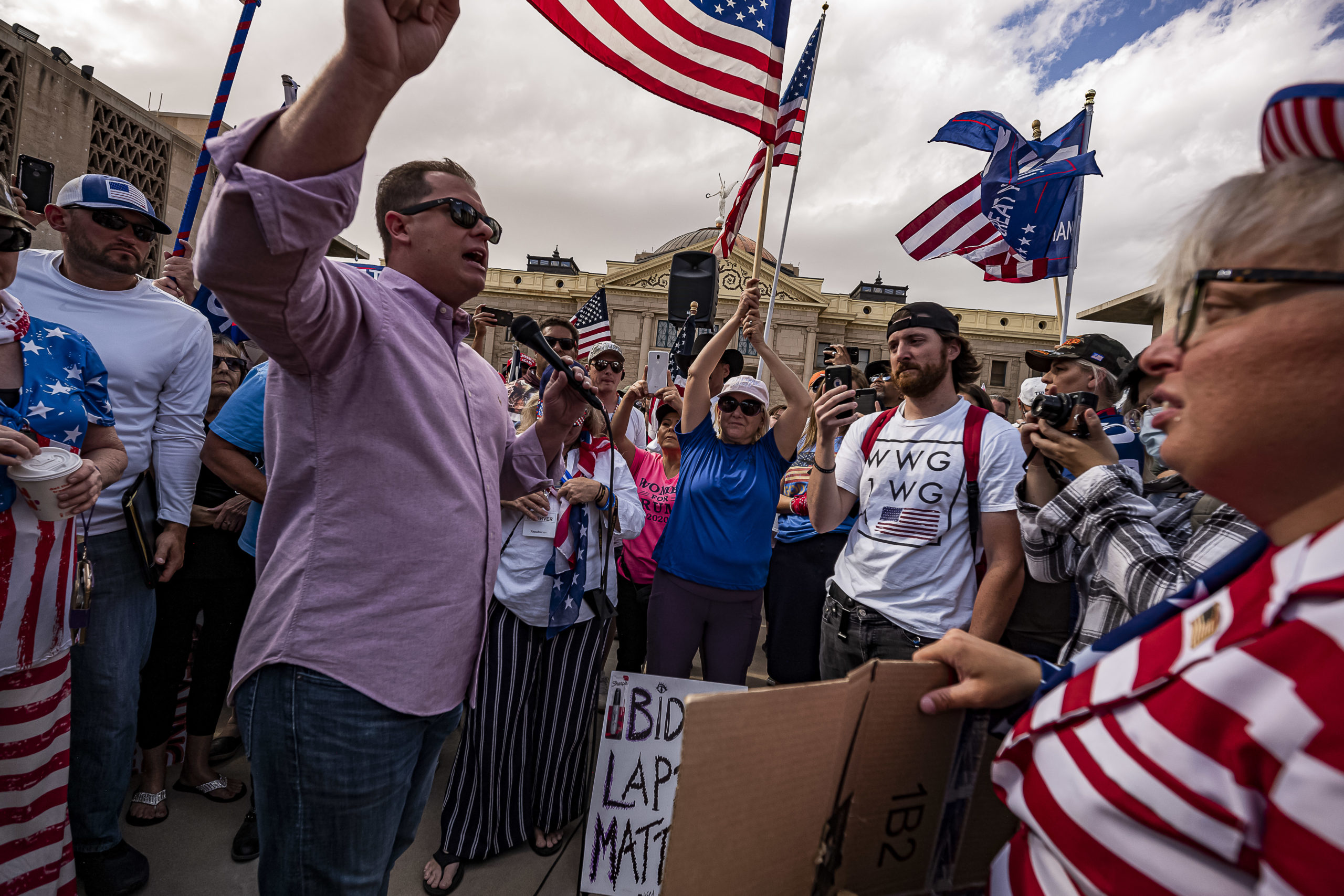 Supporters of President Donald Trump demonstrate in front of the Arizona State Capitol in Phoenix, Arizona, on Nov. 7. (Olivier Touron/AFP via Getty Images)

Alito said it was an important state interest that every vote cast in an election is cast freely and without intimidation.

Arizona Republican Attorney General Mark Brnovich, who argued the case before the court, applauded the ruling on Wednesday. The decision is a “win for election integrity safeguards” nationwide, he said.

“Fair elections are the cornerstone of our republic, and they start with rational laws that protect both the right to vote and the accuracy of the results,” Brnovich said in a statement.

Conservative voting rights groups, the Honest Elections Project and the Public Interest Legal Foundation also applauded the ruling. The groups said that it would lead to more secure elections in emailed statements.

Arizona Republican Gov. Doug Ducey signed the voting legislation into law in May. He called the state a national leader in election integrity and voting rights after signing the bill.

The legislation eliminated citizens who haven’t voted by mail in two consecutive elections from the state’s “active early voting list,” Ducey said in his signing letter. The change doesn’t affect any voter’s registration and was designed to ensure that the state doesn’t waste resources sending ballots to individuals who don’t regularly vote by mail.

The law also banned ballot harvesting, the practice where volunteers affiliated with a specific political party or candidate collect mail-in ballots and hand deliver them to a polling place or dropbox. Alabama was the only state to prohibit anyone from delivering a ballot on behalf of another person during the 2020 election, according to Ballotpedia.

Editor’s note: This story has been updated to reflect statements of Arizona officials.