An immigration advocacy organization criticized the “heartbreaking conditions” suffered by migrant children at the Fort Bliss emergency intake site opened under the Biden administration in a statement provided to the Daily Caller News Foundation Thursday.

Migrant children said they slept in tents the size of football fields where the lights were always on, were served bloody or raw meat and became so depressed they resorted to harming themselves, court documents filed June 21 show, the DCNF reported. Employees at the shelter confiscated items they thought the migrant children could hurt themselves with, including writing utensils and plastic identification cards some girls used to cut themselves, according to a 13-year-old Honduran migrant housed at the facility.

“These heartbreaking conditions are emblematic of the many problems with the warehousing of vulnerable children by contractors with little to no child welfare experience,” President and CEO of Lutheran Immigration and Refugee Service Krish O’Mara Vinarajah told the DCNF. “Overly controlled schedules, limited educational and recreational time, inadequate nutrition, and insufficient access to case managers are deeply troubling conditions that no child should be subjected to.” 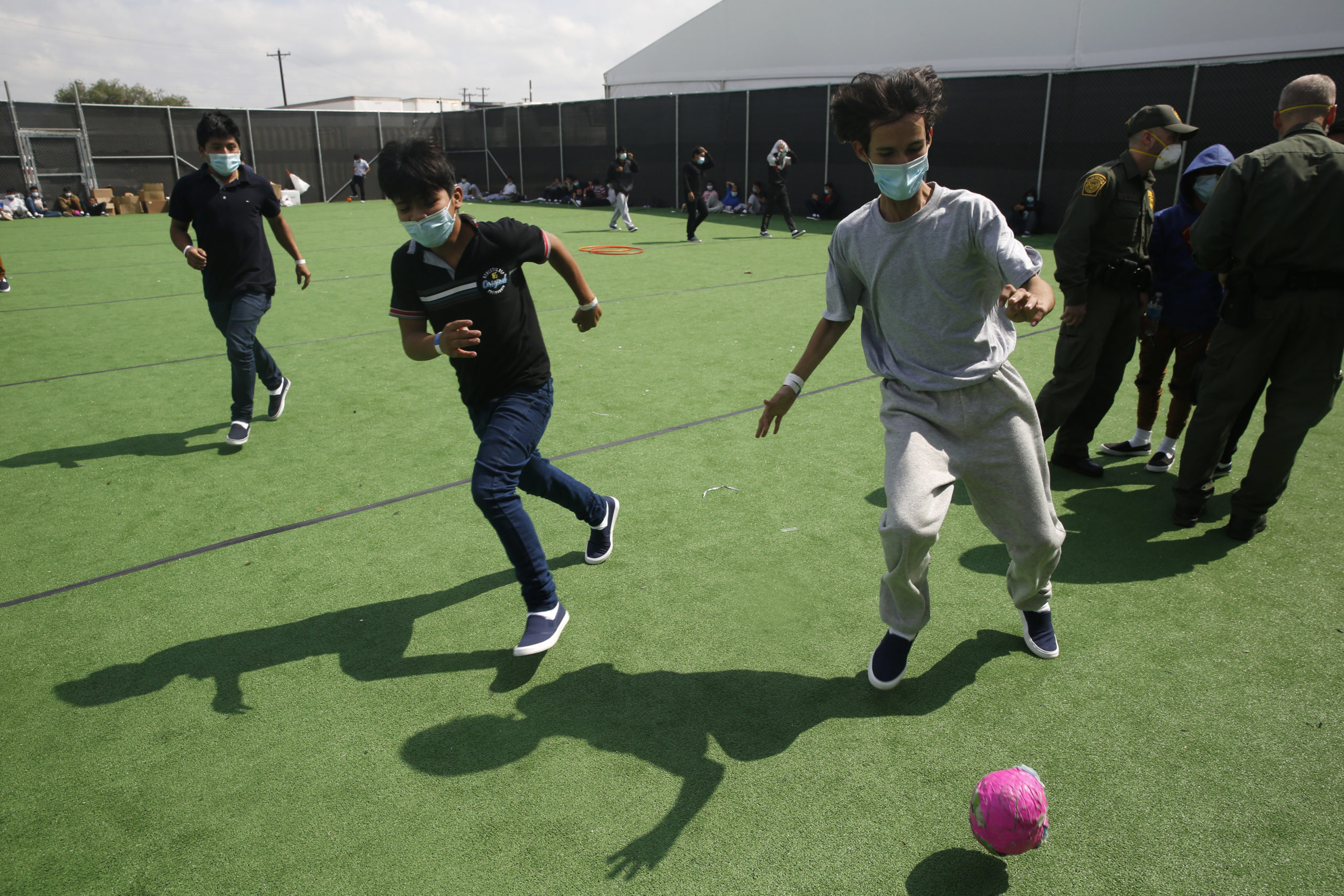 Minors play soccer on a field at the Department of Homeland Security holding facility run by the Customs and Border Patrol (CBP) on March 30, 2021 in Donna, Texas. (Photo by Dario Lopez-Mills – Pool/Getty Images)

Some of the children at Fort Bliss reported a hard time accessing mental health care or seeing counselors to discuss their feelings of depression, the DCNF reported. The 13-year-old Honduran migrant girl said she and dozens of others were placed on suicide watch and monitored for 24-hours over 10 days and were required to attend counseling sessions after the monitoring period.

“These children aren’t just in our government’s custody; they are in our care – their welfare is better served in settings that are small, safe, and licensed in line with their best interests,” Vinarajah told the DCNF. (RELATED: Former DHS Officials Say If Biden Lifts Border Restrictions Migrants Will Be Encouraged To Come To The US)

“The primary focus now and in years to come must be building permanent, licensed capacity to eliminate the need to warehouse children in conditions that may traumatize them. We can, and must, welcome these children with compassion and dignity,” Vinarajah added.

The Fort Bliss emergency intake site opened near El Paso, Texas, on March 30 in an effort to move unaccompanied migrant minors out of Customs and Border Protection (CBP) facilities, according to the Department of Health and Human Services (HHS). The facility was supposed to provide a “safe place to rest” for up to 5,000 male migrant children, with services provided by a mix of contracted and federal employees.

Nearly 14,800 migrant children were in HHS custody and just under 1,000 minors were in CBP facilities as of Wednesday, according to the agency.