A firefighter found the body of his 7-year-old daughter in the remains of the collapsed Surfside, Florida, condominium building Thursday night, WPLG reported.

“We can confirm that a member of our City of Miami Fire Department family has lost his 7-year-old daughter in the collapse. She was recovered last night by members of our Urban Search and Rescue Team, Florida Task Force 2,” Miami Fire Rescue Chief Joseph Zahralban told WPLG.

Once she was recovered, the father took off his jacket and placed it over her body, before placing a small American flag on the gurney, a first responder told WPLG. The father, his brother, and other rescuers then escorted the body through the police officers and firefighters who had lined up on the roadway.

“Our hearts and prayers are with the families affected by this horrific tragedy,” Zahralban said. “We ask that you respect the privacy of the immediate family as well as our Fire Department family while we grieve our loss and support our own.” 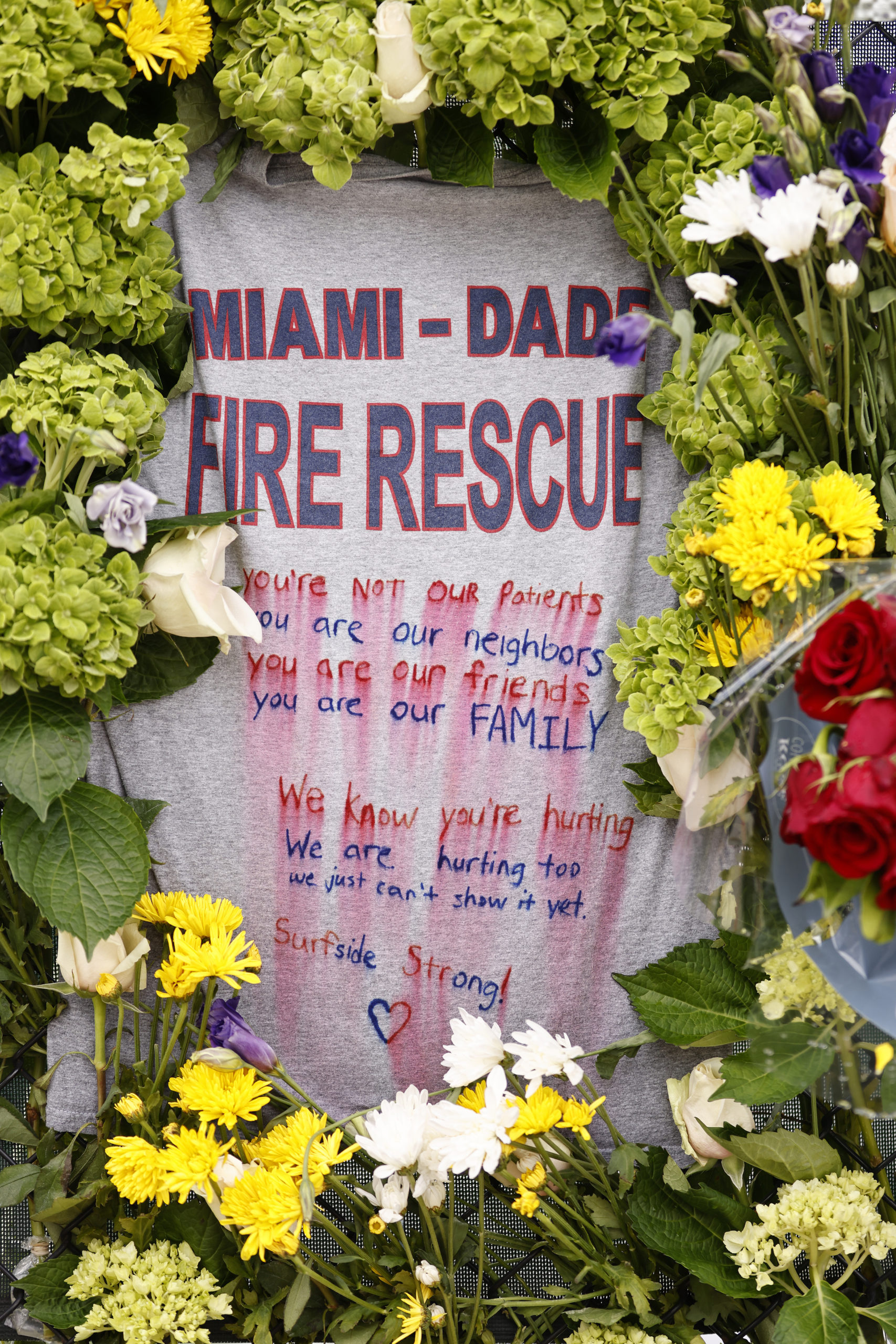 A detail of a memorial that has pictures of some of the missing from the partially collapsed 12-story Champlain Towers South condo building on July 02, 2021 in Surfside, Florida. (Photo by Michael Reaves/Getty Images)

The girl, along with another body found in the collapse, brought the death toll to 20 people, Miami-Dade County Mayor Daniella Levine Cava confirmed Friday, WPLG reported. At least 128 people remain unaccounted for. (RELATED: ‘They Want To Recover The Bodies’: Biden Describes Grim Visit To Surfside In Wake Of Condo Collapse)

Authorities confirmed that rescuers had attempted to save a woman trapped underneath the wreckage “10 to 11” hours after the collapse, but were unsuccessful. Levine Cava noted Thursday night how the continued rescue efforts were taking their toll on the first responders, saying that “they truly represent the very best in all of us and we need to be there for them as they are here for us,” according to WPLG.

Republican Gov. Ron DeSantis directed the Florida Department of Emergency Management to begin preparations for a state of emergency due to a tropical storm that could hit southern Florida as early as Sunday night. Rescue crews will be allowed to continue their efforts as long as it’s safe, officials told WPLG.