Biden should immediately end the federal pandemic-related unemployment bonus and stop pursuing pricey legislation that will harm future generations, the experts said. While the economy has added more than 3 million jobs since January, the number of job vacancies remain at an all-time high, according to the Labor Department.

“With a record high number of job openings, a record-high number of workers quitting their jobs, and a record-low number of workers being laid off, there’s zero reason to spend even a dime on so-called ‘job-creation packages,’”  Rachel Greszler, a research fellow at the Heritage Foundation Grover M. Hermann Center for the Federal Budget, said in a statement Friday.

“Instead, policymakers should refuse to indebt young and future generations and relieve them of the costs of unnecessary unemployment benefit bonuses by ending those programs immediately,” she continued.

Greszler noted that the federal unemployment program is rife with fraud and abuse. Americans are paying for the mistakes of the program’s inefficiencies and lack of oversight, she said. 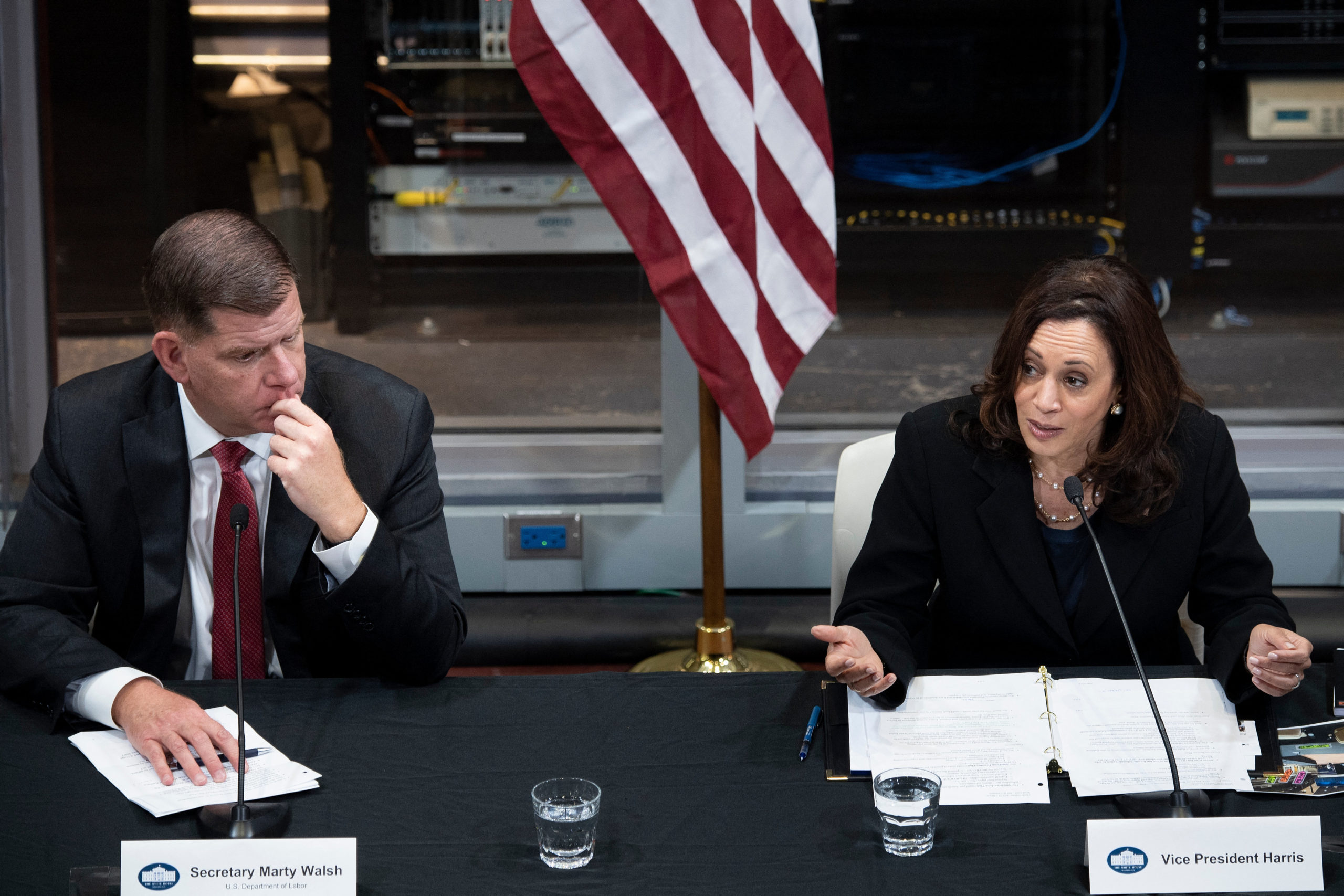 Following the report, Biden and Labor Secretary Marty Walsh celebrated the positive economic growth, but again pushed the administration’s $2 trillion jobs plan. Biden said it was time for the U.S. to “accelerate the progress we’ve been making” during remarks Friday morning.

“President Biden is pushing a tax and spend plan under the guise of a jobs plan,” Job Creators Network President and CEO Alfredo Ortiz said in a statement following Biden’s speech. “We don’t need a jobs plan. We have more jobs available than people to fill them.”

“We need policies that don’t put small businesses in competition with the government for labor,” Ortiz added.

Heritage Foundation Research Fellow Joel Griffith pointed out that economic growth has been focused in states that have withdrawn from the federal unemployment program that gives $300 weekly to unemployed Americans and won’t expire until September. Twenty-five mostly Republican states announced they would discontinue the program after a meager April jobs report and increasing shortages of workers, Fox Business reported.

“According to data from the Federal Reserve, all seven of the best-performing states in overall economic conditions since the pandemic began have already opted out of the federal unemployment bonuses, while the seven worst-performing states continue to provide those bonuses,” Griffith said in a statement.