A college student was put in a coma after he got into an altercation Tuesday with a security guard at Coney Island, according to New York Daily News.

The student attempted to square up against the security guard and a fight broke out, video of the altercation showed according to the Daily News. The student sustained his injury when he fell and hit his head on the concrete sidewalk after the guard shoved him, the video reportedly showed.

“He just wanted to have fun.”

A 21-year-old man took his date to Coney Island and ended up in a coma after beaten by an amusement park security guard. Now he’s fighting for his life. https://t.co/cV9N0qbcnc

The girlfriend told her boyfriend’s family that she pleaded with the security guard to stop, but onlookers were encouraging the pair to keep fighting, according to the Daily News.

The security guard was arrested shortly after the scuffle, but prosecutors declined to press charges against him after reviewing the video. “It doesn’t look like he’s intending to assault him,” an official who had seen the video told the Daily News. “He’s kind of defending himself.”

“There’s insufficient evidence at this time to prove that the guard was not justified in using force to defend himself,” Oren Yaniv, a spokesman for Brooklyn DA Eric Gonzalez, said. “The investigation is ongoing and we will continue to gather evidence.”

The student was rushed to NYU Langone Hospital-Brooklyn after suffering “severe head trauma,” authorities told the Daily News. The victim’s skull was fractured when it hit the pavement, and doctors had to drain blood from the front of his head to relieve pressure before performing surgery on the back of his head, the uncle claimed according to the outlet.

The victim’s uncle also told the Daily News that this was the couple’s second time riding the go-karts. After their first ride, they were warned about sticking their legs outside of the car, the uncle said. When they rode the go-karts again and failed to follow instructions, security informed them they would have to leave the park, according to the uncle’s version of events. The uncle then said that when his nephew protested their removal, the security guard asked the student if he wanted to take it outside. (RELATED: Australian Theme Park Operator Fined $2.5M After Accident On Ride Led To Death Of 4 People)

“He didn’t follow directions and you kick him off the ride, kick him out of the park,” the uncle told the Daily News. “We agree with that 100%.”

“But why would you follow him outside and start to punch him in the head?” the uncle asked. “He wasn’t able to fight back while he just kept hitting him and hitting him. The last punch was so strong it made him fall on his back.” 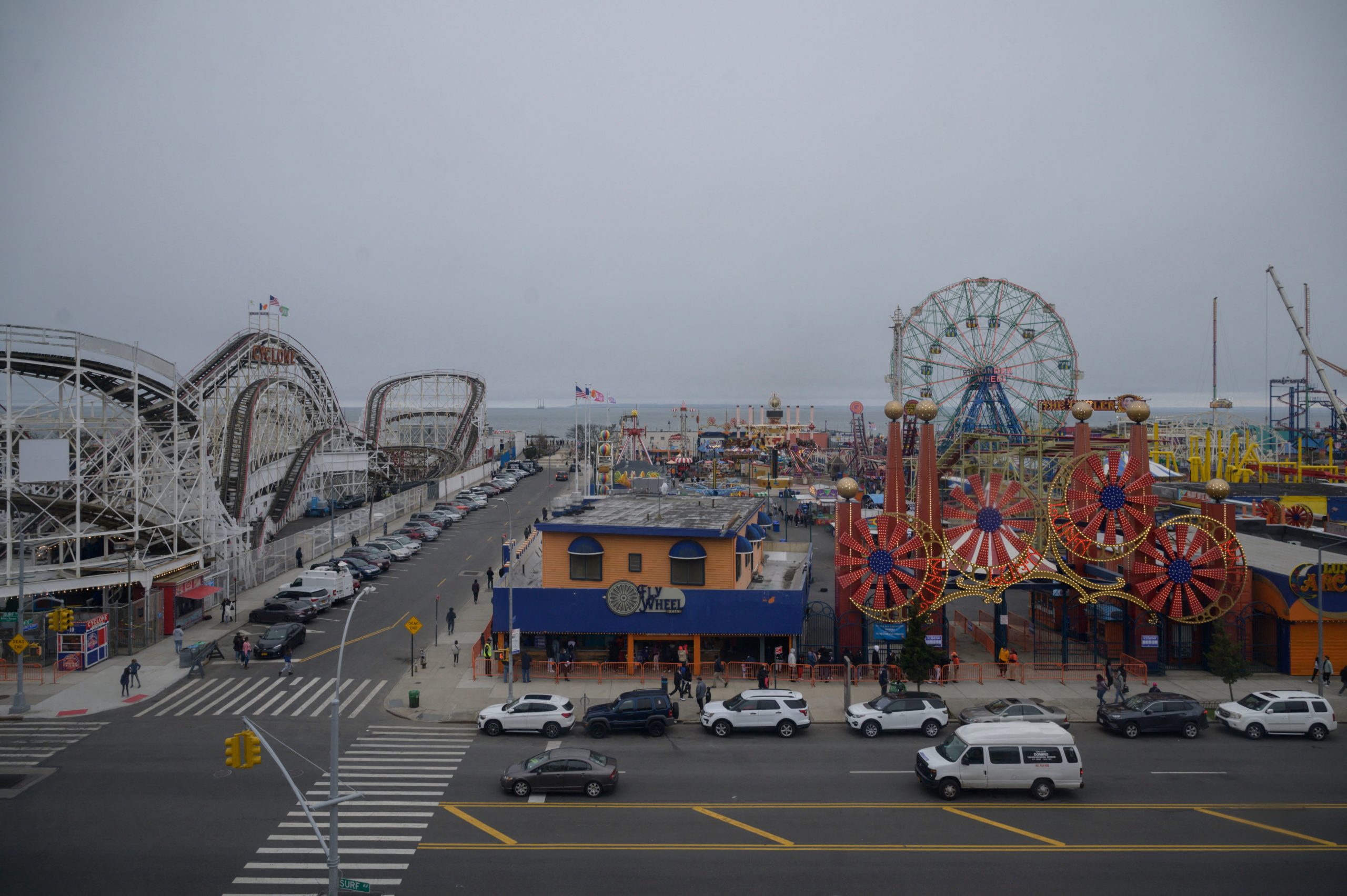 “This is our oldest son,” the student’s mother said according to the Daily News. “We’ve had two days in the hospital. My husband just reminded me we have to take care of our younger son because he has depression because of this.”

“He’s a nice kid. He’s not a troublemaker,” the uncle went on to say. “He just wanted to have fun, go to Coney Island. They went on a roller coaster, went on a ride, then went to the go-karts and that’s when it happened.”