Johnson unveiled the U.K. government’s plan to completely reopen and end existing coronavirus restrictions in two weeks during a speech Monday afternoon. The prime minister detailed a five-point plan to better prepare U.K. residents and businesses “for living with COVID.”

“We have to balance the risks,” Johnson stated during his remarks. “The risks of the disease, which the vaccines have reduced, but very far from eliminated. And the risks of legally-enforced restrictions that inevitably take their toll on people’s lives and livelihoods, on people’s health and mental health.”

“If we can’t reopen our society in the next few weeks, when we will be helped by the arrival of summer and by the school holidays, then we must ask ourselves, when will we be able to return to normal?” he said. (RELATED: Boris Johnson Says G7 Countries Must ‘Build Back Better’ In A ‘Greener,’ ‘More Gender Neutral,’ And More ‘Feminine’ Way)

Johnson added that if the U.K. doesn’t open up soon, it may not have the opportunity to do so until next year. In a statement released prior to the announcement Monday, Johnson said the country must “begin to learn to live with this virus.” 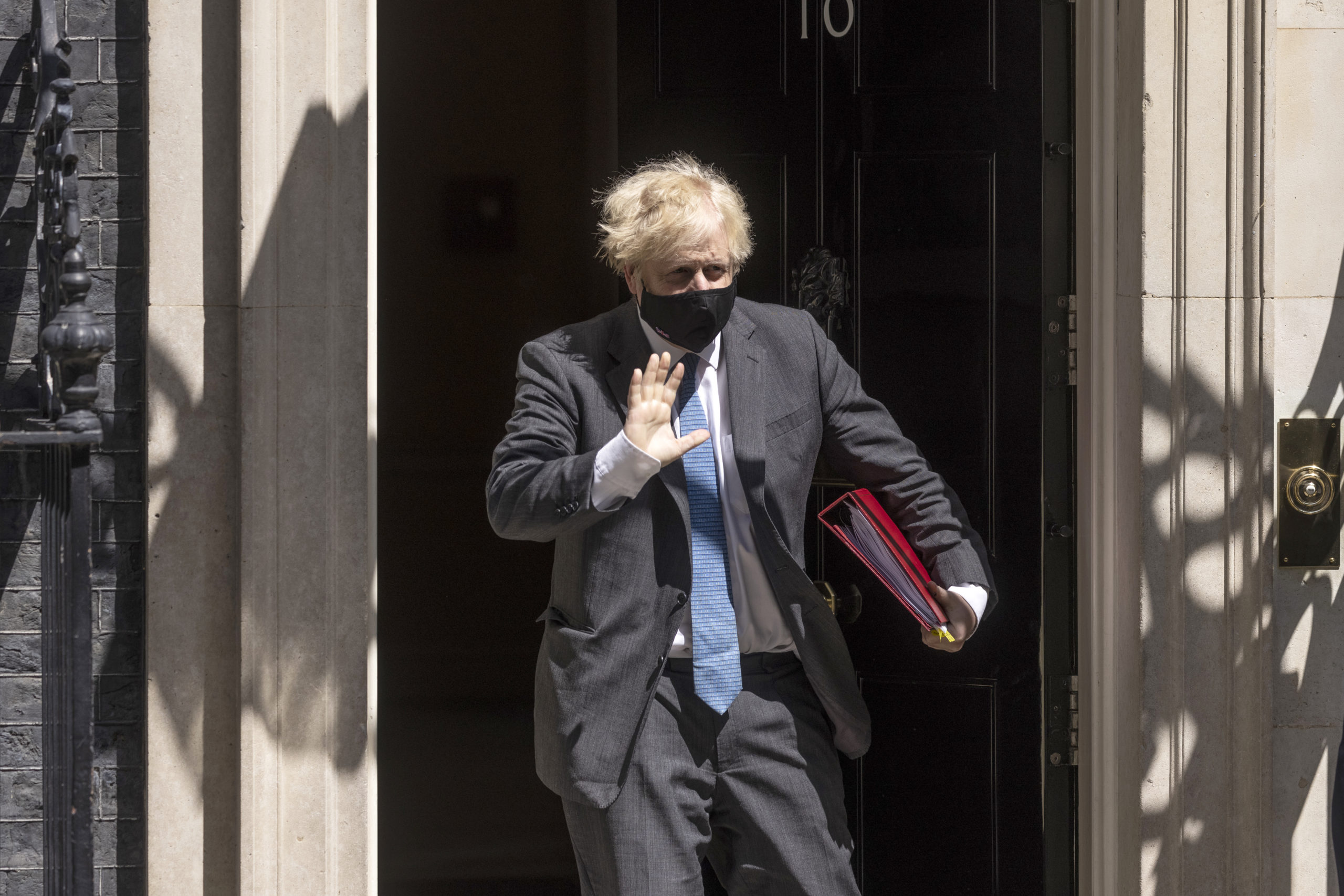 The reopening plan removes legal restraints and gives citizens the opportunity to make informed decisions for themselves and their families, Johnson said. In addition to ending mask mandates and social distancing requirements, the U.K. will remove indoor capacity restrictions and allow all businesses — including concert venues, sports stadiums, theaters and nightclubs — to open their doors.

Employers will also be allowed to reopen their offices and end work-from-home requirements. But the government will continue its “test and trace” program and individuals who test positive for the virus must self-isolate, according to Johnson.

Johnson said the U.K. will not ease its tight border controls as part of the plan. Travel between the U.S. and U.K. has been suspended since March 2020 and isn’t expected to continue before the end of the summer, The Independent reported.

“What we are trying to do is move from a universal government dictate to relying on people’s personal responsibility,” Johnson said.