The U.S. military didn’t inform the new Afghan commander of Bagram Air Base before vacating and cutting the power to the compound, the Associated Press reported.

Bagram Air Base’s new Afghan commander, Gen. Mir Asadullah Kohistani, found out about the U.S. military’s departure roughly two hours after they left, Afghan military officials said, the AP reported. On Friday, all remaining American soldiers vacated the base, which had been the center of U.S. operations in the Middle East.

“We (heard) some rumor that the Americans had left Bagram … and finally by seven o’clock in the morning, we understood that it was confirmed that they had already left Bagram,” Kohistani said on Monday, according to the AP.

Abdul Raouf, a long-time Afghan soldier, said American military leaders called after leaving, saying they had departed the war-torn nation, the AP reported. Shortly after the U.S. left the base, locals invaded and ransacked its facilities until the Afghan military was able to take control.

“At first we thought maybe they were Taliban,” Raouf said, according to the AP. (RELATED: As America Withdraws From Afghanistan, Biden Seeks Refuge For Afghan Citizens Who Assisted US Military) 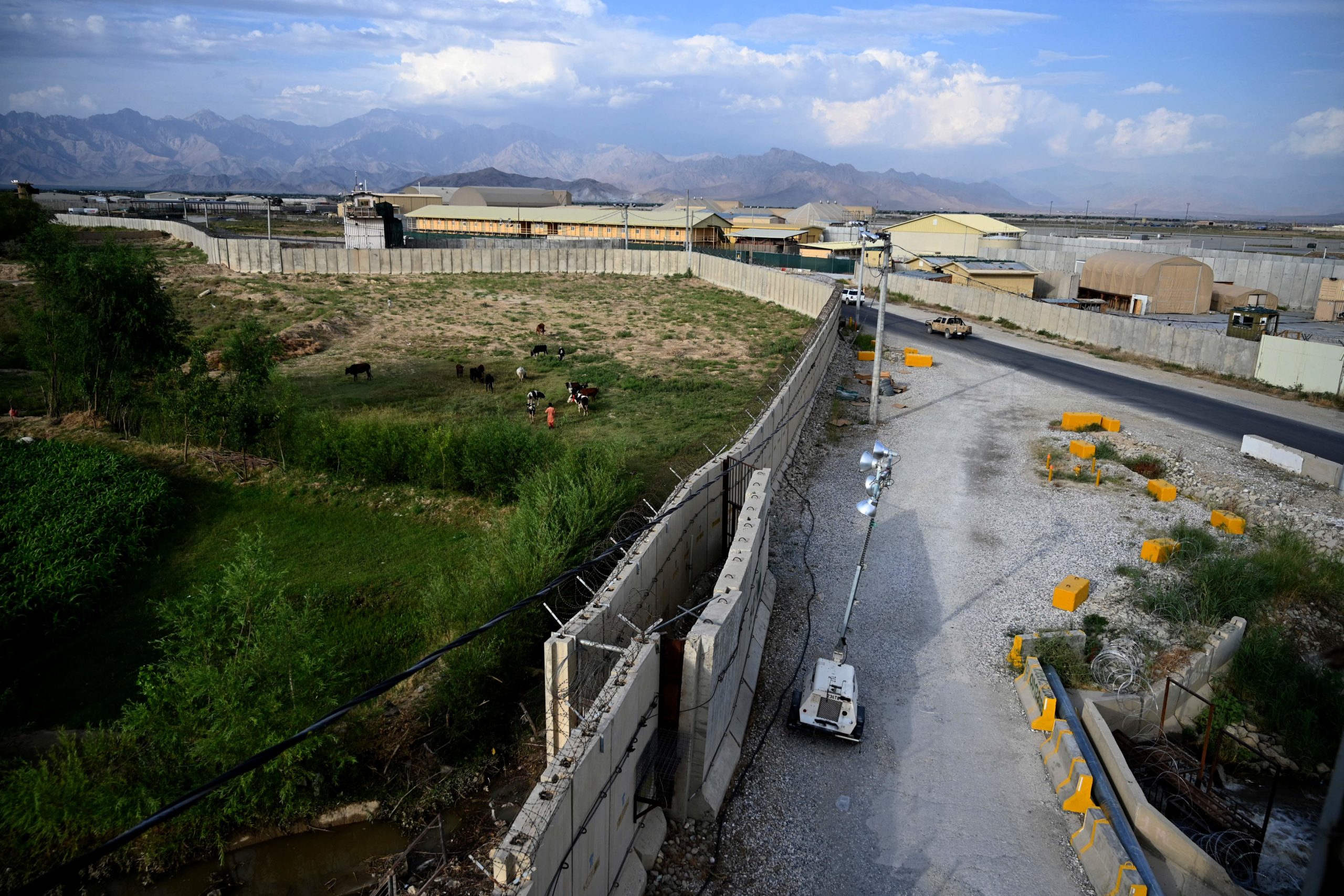 A general view of Bagram Air Base is pictured on Monday. (Wakil Kohsar/AFP via Getty Images)

But the U.S. coordinated its departure with Afghanistan’s government, U.S. military spokesperson Col. Sonny Leggett said in a statement to the AP. The military has handed over six facilities to the Afghan Ministry of Defense, not including Bagram, and has completed 50% of the entire Afghanistan withdrawal, according to a U.S. Central Command announcement last week.

In April, President Joe Biden announced that he would order all U.S. soldiers to leave Afghanistan by Sept. 11, 2021, roughly two decades after the U.S. declared its war on terror. The U.S. is expected to complete the exit by the end of August.

“We cannot continue the cycle of extending or expanding our military presence in Afghanistan hoping to create the ideal conditions for our withdrawal, expecting a different result,” Biden said during his remarks.

The Taliban, a terrorist military and political group, has taken multiple areas of Afghanistan since Biden’s announcement. More than 1,000 Afghan soldiers fled into bordering Tajikistan over the weekend after Taliban advances in the nation’s northern region.

The U.S. intelligence community concluded that the Afghanistan government, which has been supported by the U.S. for years, could collapse within six months after all American forces leave, The Wall Street Journal reported.