President Joe Biden will tout the administration’s progress in getting Americans vaccinated and outline more efforts Tuesday after falling short of his July 4 goal.

The Biden administration announced a “month of action” in June with a goal of having 70% of American adults receive at least one dose of the COVID-19 vaccine shot by July 4. While Biden failed to reach his goal – with 67% of adult Americans receiving at least one COVID-19 shot as of July 5, according to NPR – he plans to focus on the country’s progress during remarks Tuesday, according to a White House official. 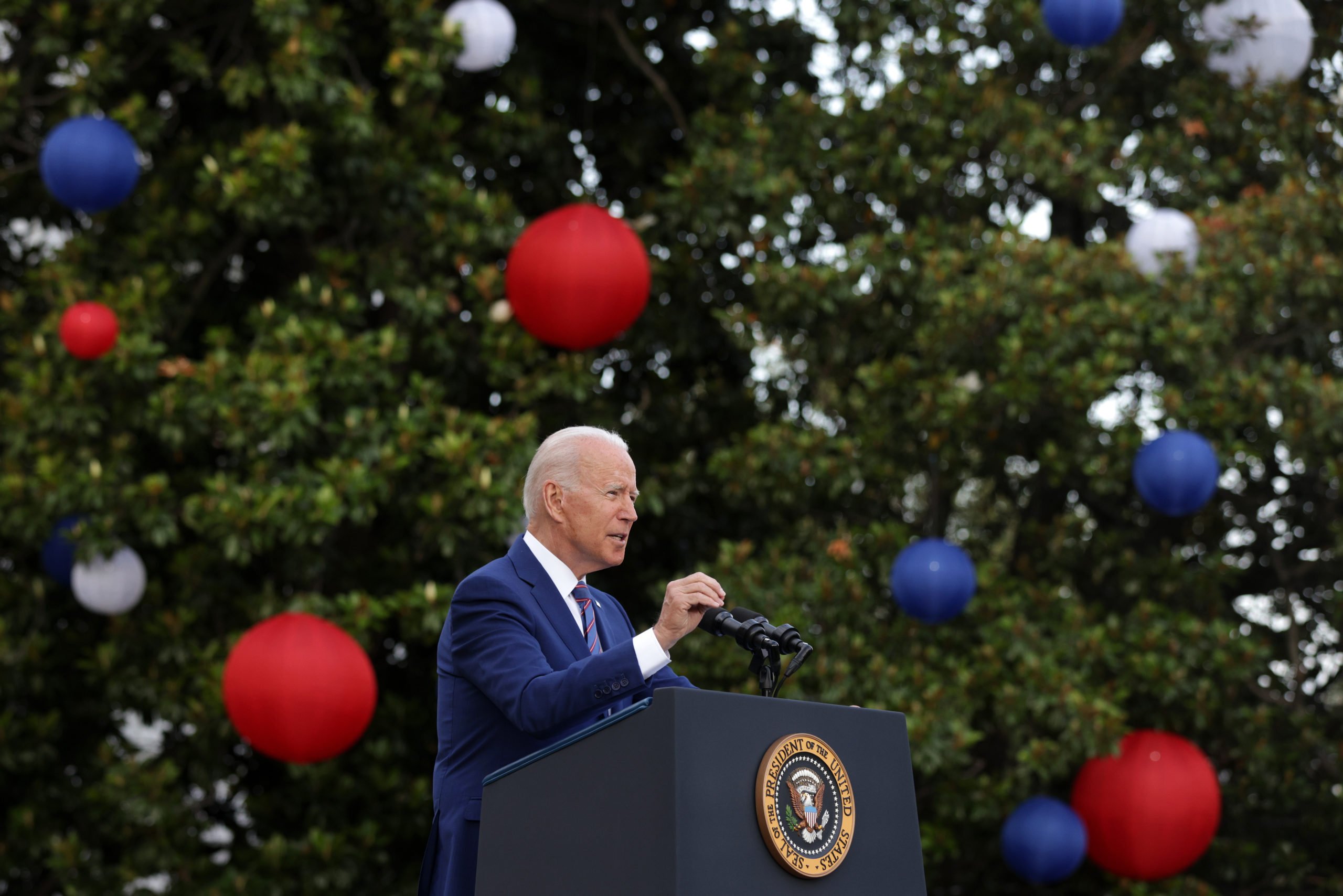 Despite not reaching the 70% vaccination goal, Biden also plans to stress his administration’s continued efforts to work with lawmakers across the country to continue the vaccination process. Biden will outline specific areas his administration is focusing on during his remarks, according to the White House official.

The administration has five areas of focus to get more Americans vaccinated. These areas include door-to-door outreach, more efforts to get vaccines to those who serve younger individuals and a continued focus on expanding vaccination accessibility. Biden will also highlight his administration’s plans to get vaccines to more doctors and a plan to expand mobile clinic efforts, the official noted.

Around 58% of American adults have been fully vaccinated, according to USA Today. This equates to around 157 million people – a number that should near 160 million by the end of the week. (RELATED: Trump Says Biden Is Trying To Steal Credit For Vaccines, Ignoring Operation Warp Speed)