Cuomo said that the declaration would allow the state to “full attention & resources” to gun violence, which he claims is a “public health crisis.”

Today I am issuing an Executive Order declaring a Disaster Emergency on gun violence.

Gun violence is a public health crisis, and we must treat it like one.

This declaration will allow us to give this crisis the full attention & resources it deserves.

The declaration is the first of its kind and will allow the state to redirect and expedite funds to communities affected by gun violence. The declaration will also allow individuals to sue gun manufacturers and sellers by deeming them a “public nuisance,” according to Bloomberg Law.

New York City, which is a hotspot for gun violence, saw its lowest crime rate in six decades before a massive spike last summer, The New York Times reported. Shootings were up 38% in the first six months of 2021 compared to the same time in 2020.

However, just eight years ago, New York passed one of the toughest gun control measures in the nation that aimed to make the state safer. Those who opposed the legislation claimed it would only hurt law-abiding citizens. With the recent wave of crime and Cuomo’s emergency declaration, it appears the opposition was, to some extent, correct. (RELATED: Terry McAuliffe Criticized For Tweet Saying It Should Be Easier To Vote Than Buy A Gun) 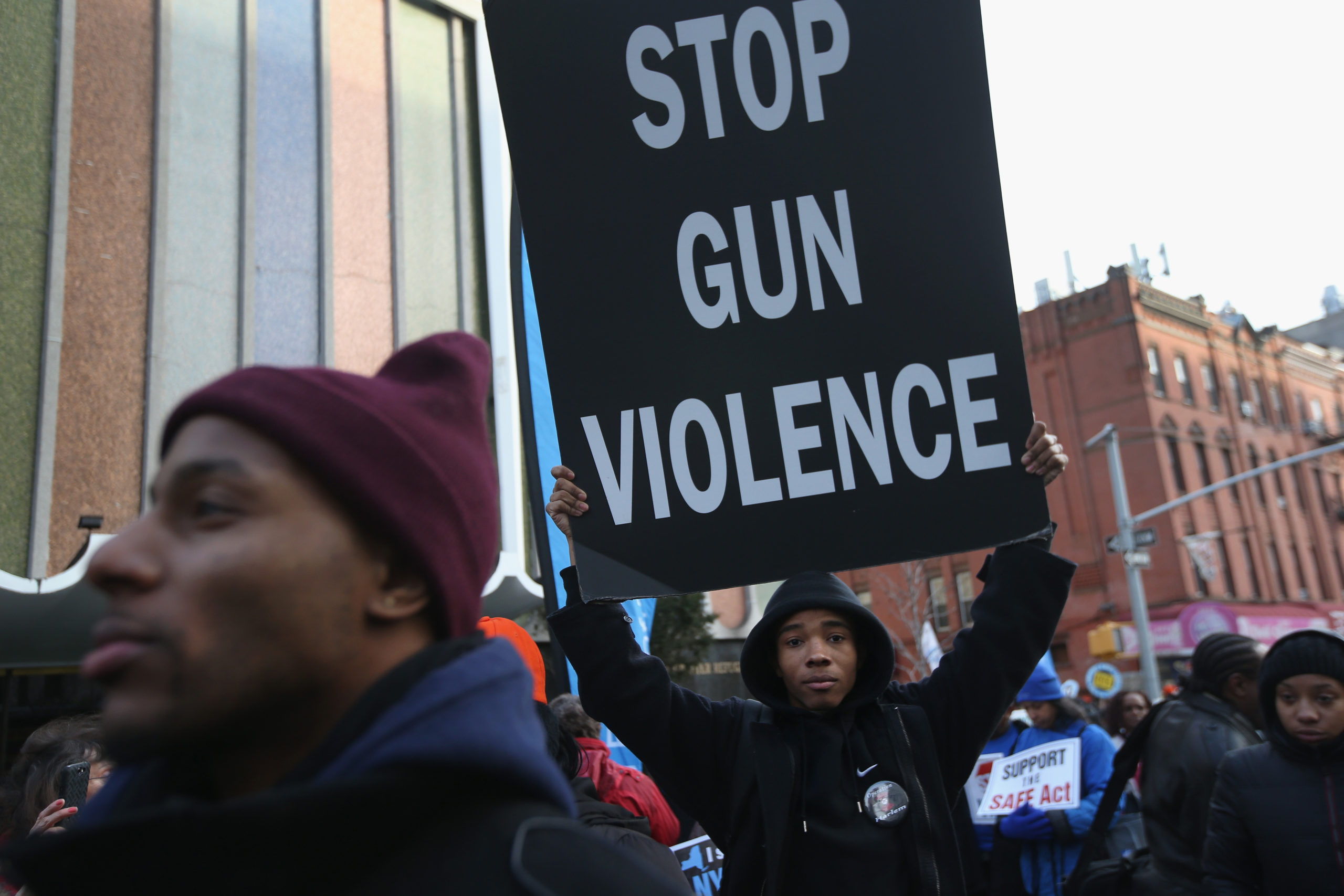 NEW YORK, NY – MARCH 21: Demonstrators take part in a rally against gun violence on March 21, 2013 in the Harlem neighborhood of the Manhattan borough of New York City. (John Moore/Getty Images)

Cuomo passed the New York Secure Ammunition and Firearms Enforcement (SAFE) Act in 2013 to “give New York State the toughest gun laws in the nation.” The legislation banned magazines that can hold more than seven rounds and required an instant background check on all ammunition purchases at the time of sale. The seven-round limit was struck down but a 10-round limit remains in effect.

A lawsuit filed by the New York State Rifle & Pistol Association in 2013 criticized the magazine limit.

“Criminals have and use magazines without any limitation in capacity. The act’s provision on magazines put law-abiding citizens at grave disadvantage to criminals, who will not comply with the seven-round limit,” the suit read, according to WLNY.

Authorities were given the ability to track ammunition purchases “in real time to alert law enforcement to high volume buys.” The legislation also created a mandatory background check and expanded the definition of an assault weapon, among other provisions.

“This new law will limit gun violence through common sense, reasonable reforms that will make New York a safer place to live,” Cuomo said. “When society confronts serious issues, it is the function of government to do something, and the NY SAFE Act will now give New York State the toughest, strongest protections against gun violence in the nation.”

Former New York State Attorney General Eric Schneiderman released a report in 2016 and found that 74% of all guns used in crimes that were recovered by law enforcement were out-of-state. Meanwhile, nine out of ten recovered handguns arrived from outside New York, according to the report.

Schneiderman used the data to point out that “illegal guns most often used in violent crimes” are from out of state and that “when you look at the illegal crime gun problem, it’s the handgun that’s killing people everyday – and 86% of recovered handguns come from out-of-state.”

If a majority of the guns used in violent firearm crimes originated from out-out-state and are illegal, then is the SAFE Act mitigating gun violence in the state?

“The SAFE Act has been almost totally ineffective,” Constitutional Law Professor at New York University James Jacob argued. “I would call it symbolic politics.” Jacobs explained that gun buyers can allegedly evade background checks, and the database of persons who are mentally ill and ineligible to get a firearm, is not easily accessible for checks.

When considering the numbers from 2020 and the recent surge in gun violence throughout New York this year, the SAFE Act appears to have had a small impact on gun-related crime. Or, at the very least, its impact has faded. While gun-related crimes did in fact fall after the legislation was passed, these crimes had already been consistently declining since 2006, according to ABC 7.