The list offers categories of books like, “Pride in Race, Skin Color, & Heritage,” and “Books Calling For Activism.”

“These books teach about some of the history of racial injustice in our country and attempt to give messages about the advocacy and anti-racist activism that we want to inspire in all our students,” the list says.

Ibram Kendi, author of “Stamped,” is also included on the list. In a piece for Politico Magazine, Kendi suggested adding “an anti-racist amendment to the U.S. Constitution that enshrines two guiding anti-racist principals: Racial inequity is evidence of racist policy and the different racial groups are equals,” he wrote. 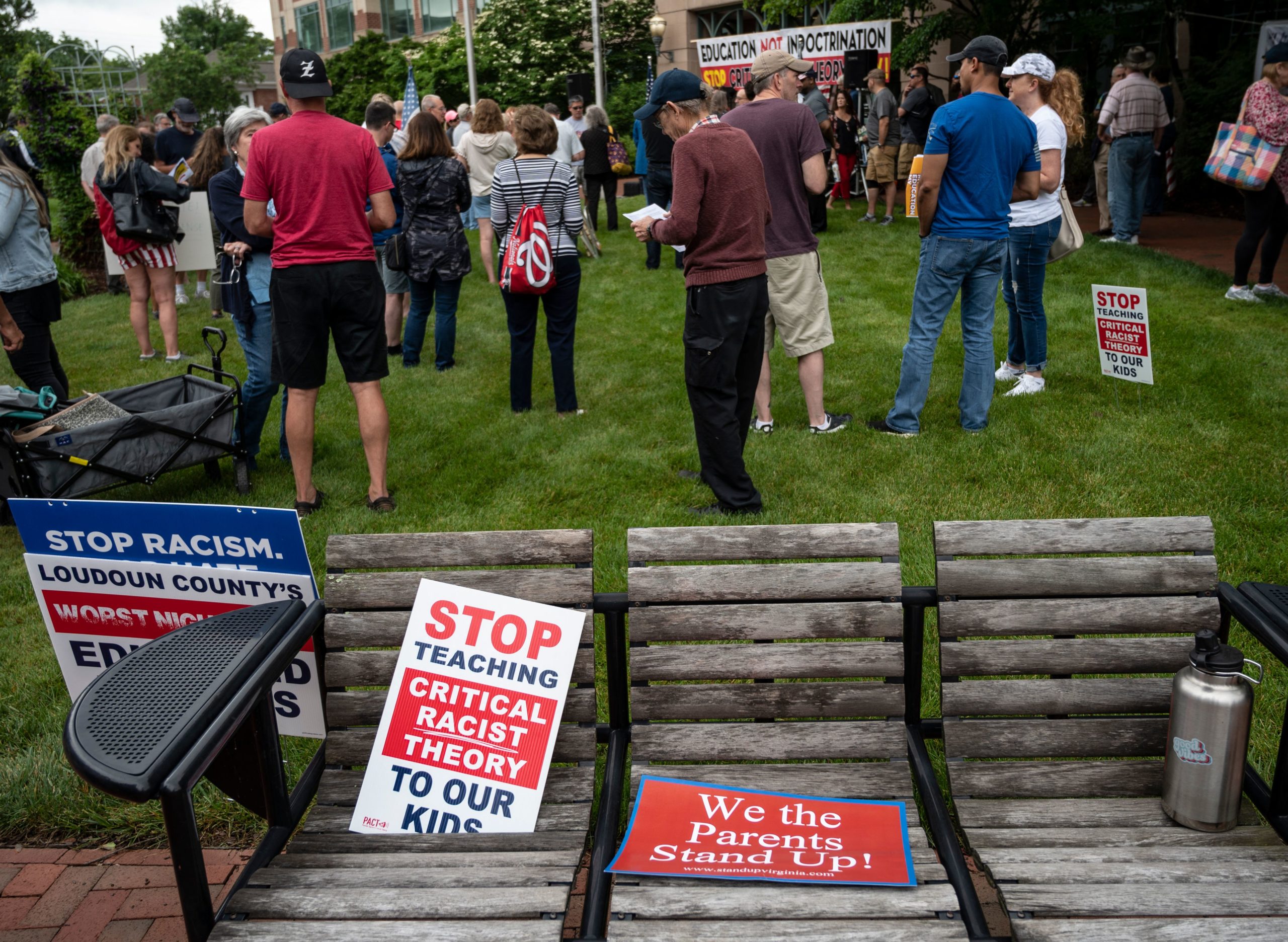 Signs are seen on a bench during a rally against “critical race theory” (CRT) being taught in schools at the Loudoun County Government center in Leesburg, Virginia on June 12, 2021. (Photo by ANDREW CABALLERO-REYNOLDS/AFP via Getty Images)

“The amendment would make unconstitutional racial inequity over a certain threshold, as well as racist ideas by public officials.”

“These titles are in partnership with our Public Library and are not assigned by the school department but suggested titles for families to use at their discretion,” Belmont Superintendent John Phelan wrote in an email to Fox News.

Phelan said that they have received some emails suggesting they should review the list and reevaluate, which they’ll do in August, Fox News reported.

Critical race theory (CRT) has been gaining momentum in public schools across the country. (RELATED: ANALYSIS: CRT Is Just The Latest Version Of A Long Democratic Tradition Of Race Politics)

The National Education Association (NEA), the nation’s largest teachers union, has approved the plan to implement CRT in 14,000 school districts across all 50 states with 2.3 million members vowing to support the course, according to previous reporting.

CRT holds that America is fundamentally racist and teaches students to view every social interaction and person in terms of race. It advocates for the pursuit of “antiracism” through the end of merit, objective truth and the adoption of race-based policies.