The session begins Thursday, and Abbott released the agenda 24 hours earlier. Other issues on the table include pushing back against social media “censorship” and funding for the state’s legislative branch, which Abbott vetoed after the election bill failed.

“The 87th Legislative Session was a monumental success for the people of Texas, but we have unfinished business to ensure that Texas remains the most exceptional state in America,” Abbott said in a statement.

Republican Lt. Gov. Dan Patrick said in a tweet that the legislature would pick up the election legislation first, and that committee hearings would begin Saturday.

Senate Bill 7, Texas Republicans’ first election overhaul bill, failed to pass the state senate in May after Democrats walked off the floor in protest. It would have limited mail-in voting, changed early voting hours and completely banned drive-thru voting, which was predominantly used in large cities like Houston.

It empowered partisan poll watchers and increased penalties for elections officials who violated state laws or made mistakes while tabulating ballots. The bill also made it easier for a judge to overturn an election in the state if the number of votes cast illegally was enough to change the outcome of the race. (RELATED: Democrats Are Sounding The Alarm Over Texas’ Elections Bill. Here’s What It Actually Does) 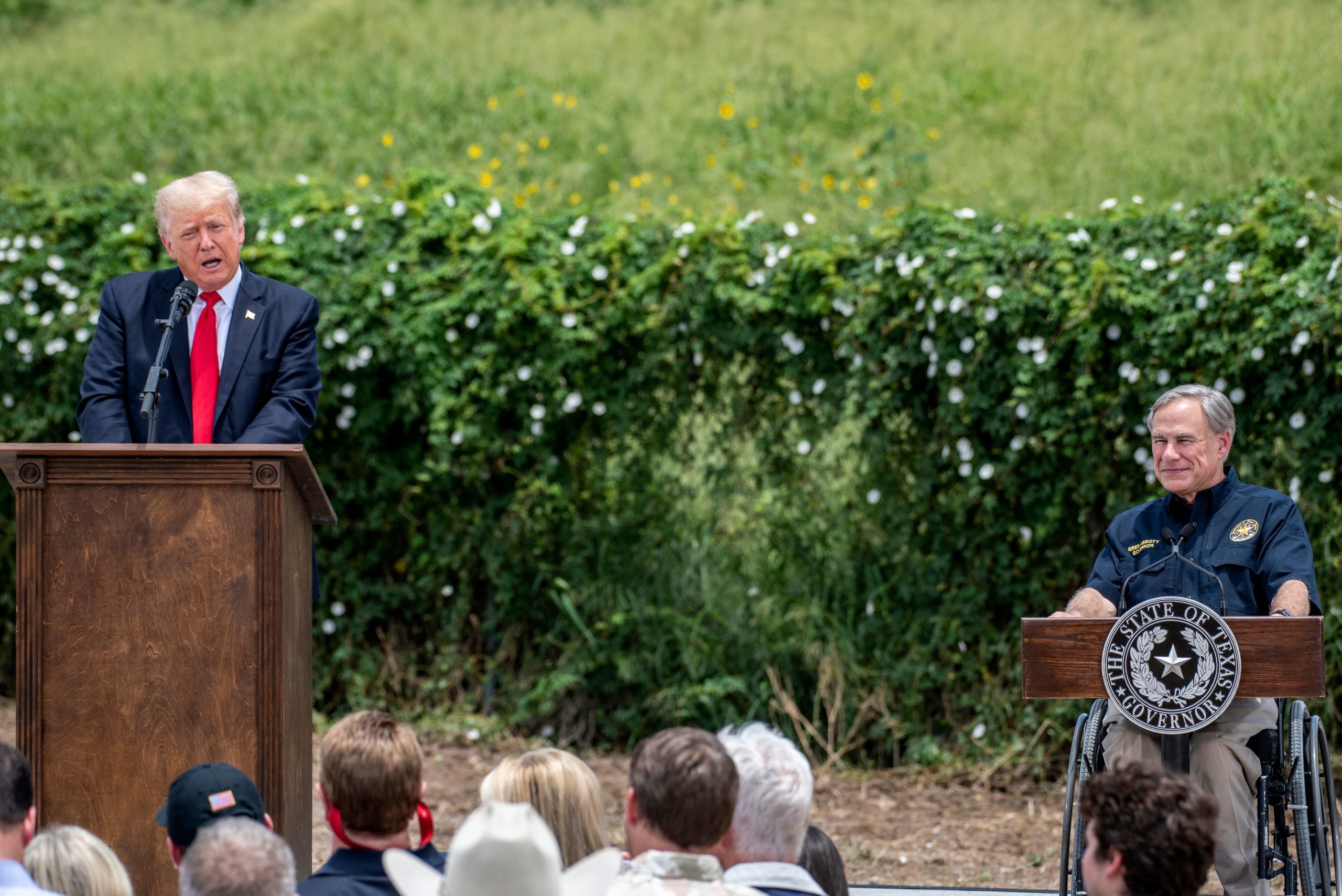 Texas Governor Greg Abbott and former president Donald Trump speak during a visit to the border in June. – (SERGIO FLORES/AFP via Getty Images)

Abbott vetoed the legislature’s funding after Democrats’ walkout, affecting the pay of both state lawmakers and their staff. Abbott’s veto did not come without warning, but his opponents immediately labeled it an abuse of power, and asked the state Supreme Court to override it.

The special session, which begins Thursday at 10 a.m. local time, does not include anything about upgrading Texas’ electric grid, which failed during a deadly February storm. Officials also asked residents months later to conserve energy amid a record heat wave.

Abbott has already announced another special session for the fall, which he said will address Texas’ redistricting and allocating billions of dollars in federal coronavirus relief funds.

The first session, which focuses on top conservative priorities, comes as Texas GOP Chair Allen West launched a primary campaign against Abbott, alleging that he is not conservative enough.