The leading groups — including the Chamber of Commerce, Job Creators Network (JCN) and the National Association of Manufacturers (NAM) — slammed Biden’s executive order, arguing that it will harm competition and present a host of challenges to small businesses. The business groups said the order is an example of big government attempting to exert control over the free market via onerous rules and regulations.

“This executive order amounts to a bizarre declaration against American businesses, from the largest to the smallest,” Small Business and Entrepreneurship (SBE) Council Chief Economist Raymond Keating said in a statement. “It’s hard to understand why a White House would go down such a path, especially as the economy is digging out from the COVID-19 disaster.”

“It certainly is not based on economics,” he continued.

Keating and SBE Council President Karen Kerrigan said the order resurrects several bad ideas centered around the notion that big government can solve competition issues. The order would inflict unnecessary burdens on small business and fails to recognize that big businesses are often key partners for entrepreneurs, they said. (RELATED: ‘Operation Warp Speed For Jobs’: Worker Shortage Is Getting Worse, US Chamber Says)

On Friday, the White House announced that Biden would sign an executive order packed with 72 initiatives promoting competition in the U.S. economy. The action allows workers to more easily change jobs, enables the the Department of Justice and Federal Trade Commission to retroactively challenge mergers, introduces new regulations that will curb Big Tech companies’ power and allows the import of cheaper prescription drugs.

“The heart of American capitalism is a simple idea: open and fair competition,” Biden said in remarks delivered before he signed the order.

“But what we’ve seen over the past few decades is less competition and more concentration that holds our economy back,” he continued. “We’ve seen it in Big Agricultural, in Big Tech, in Big Pharma, the list goes on.”

The president’s role is to focus on the interests of American consumers, White House Press Secretary Jen Psaki said in response to a question on negative criticism the order has received. Competition issues cost the median U.S. household $5,000 per year, she noted. 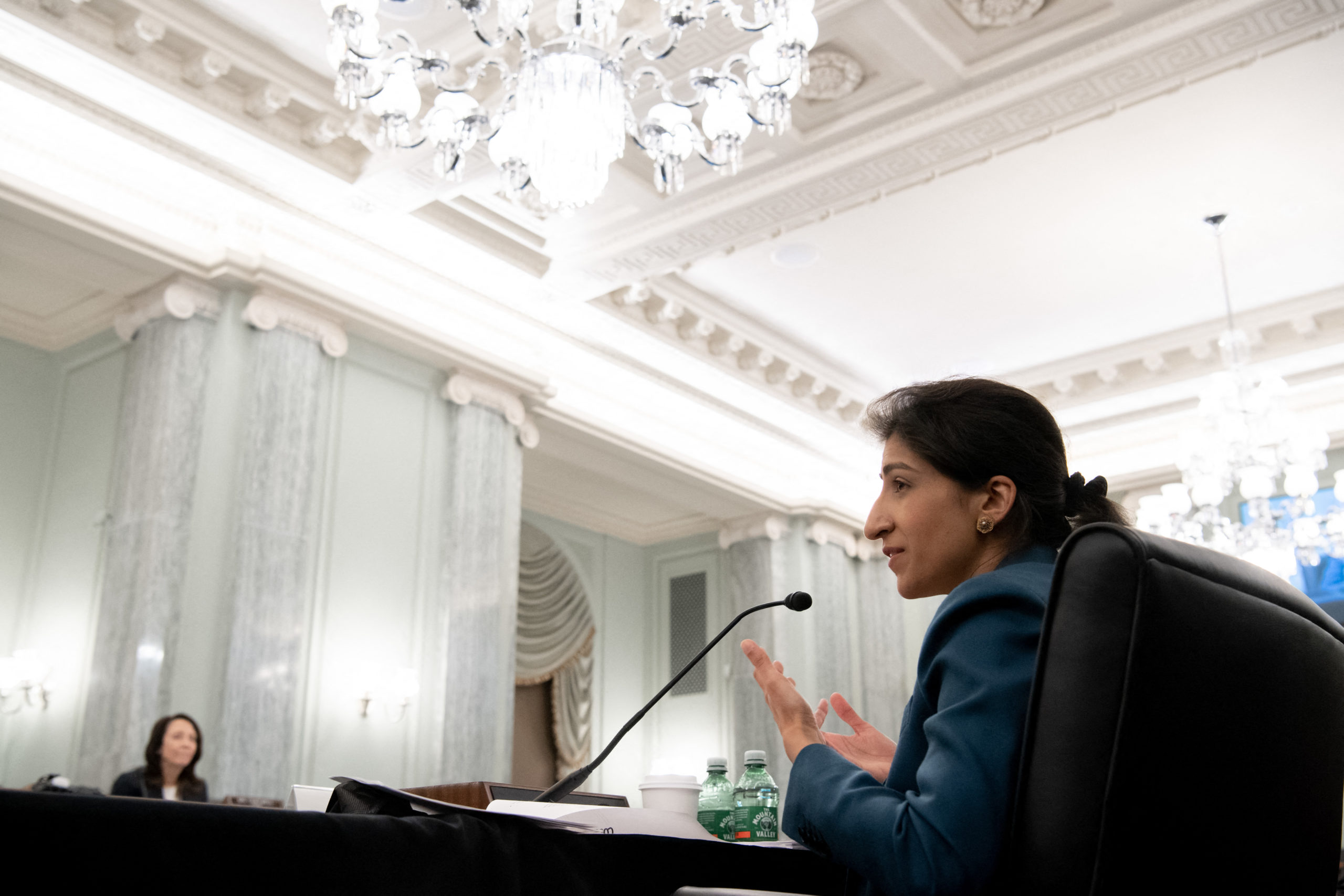 “Today’s Executive Order is built on the flawed belief that our economy is over concentrated, stagnant and fails to generate private investment needed to spur innovation,” Chamber of Commerce Executive Vice President and Chief Policy Officer Neil Bradley said in a statement.

“The Chamber is a strong advocate for market-based competition, not a government-planned economy,” he added. “This Executive Order smacks of a ‘government knows best’ approach to managing the economy.”

“We are concerned about the breadth of issues contemplated in and potential implications of the Executive Order that could undermine rather than enhance U.S. competitiveness,” Business Roundtable President Joshua Bolten said in a statement. “U.S. companies are among the most competitive in the world.”

JCN, a national small business advocacy group, noted that there were several provisions in Biden’s order that would benefit small business, but said those regulations should be enacted by Congress. Many of the initiatives will meddle in the free market and could lead to increased consumer prices across many sectors of the economy.

NAM, which represents manufacturers in every state, said the order includes solutions to problems that don’t exist. The government should focus on policies that promote competitiveness, free market principles and individual liberties, the group said.

“Some of the actions announced today are solutions in search of a problem; they threaten to undo our progress by undermining free markets and are premised on the false notion that our workers are not positioned for success,” NAM President Jay Timmons said in a statement.