Graduates of master’s programs at elite universities are saddled with hundreds of thousands in debt, with many unable to earn enough to pay off their federal student loans, according to an investigation by The Wall Street Journal.

Recent graduates of Columbia University’s film program who took out federal student loans have a median debt of $181,000, yet most only earn $30,000 a year two years after graduation, the WSJ reported. Alumni of New York University’s publishing graduate program owed a median $116,000 in student debt, but only earned $42,000 on average two years after graduating, according to the WSJ.

“NYU is always focused on affordability, and an important part of that is, of course, to help prospective students make informed decisions,” NYU spokesman John Beckman told the WSJ.

The Department of Education issues Grad Plus loans to graduate students, which have no fixed limits and charge interest rates as high as 7.9%. Grad Plus is the fastest-growing student loan program, resulting in ballooning debt on which many students will likely default, the WSJ reported.

Moreover, under many income-driven repayment plans, the remaining balance on Grad Plus loans can be forgiven after 20 to 25 years. As federal student loans are issued with taxpayer money, taxpayers would bear the expense of loan forgiveness, according to the WSJ. 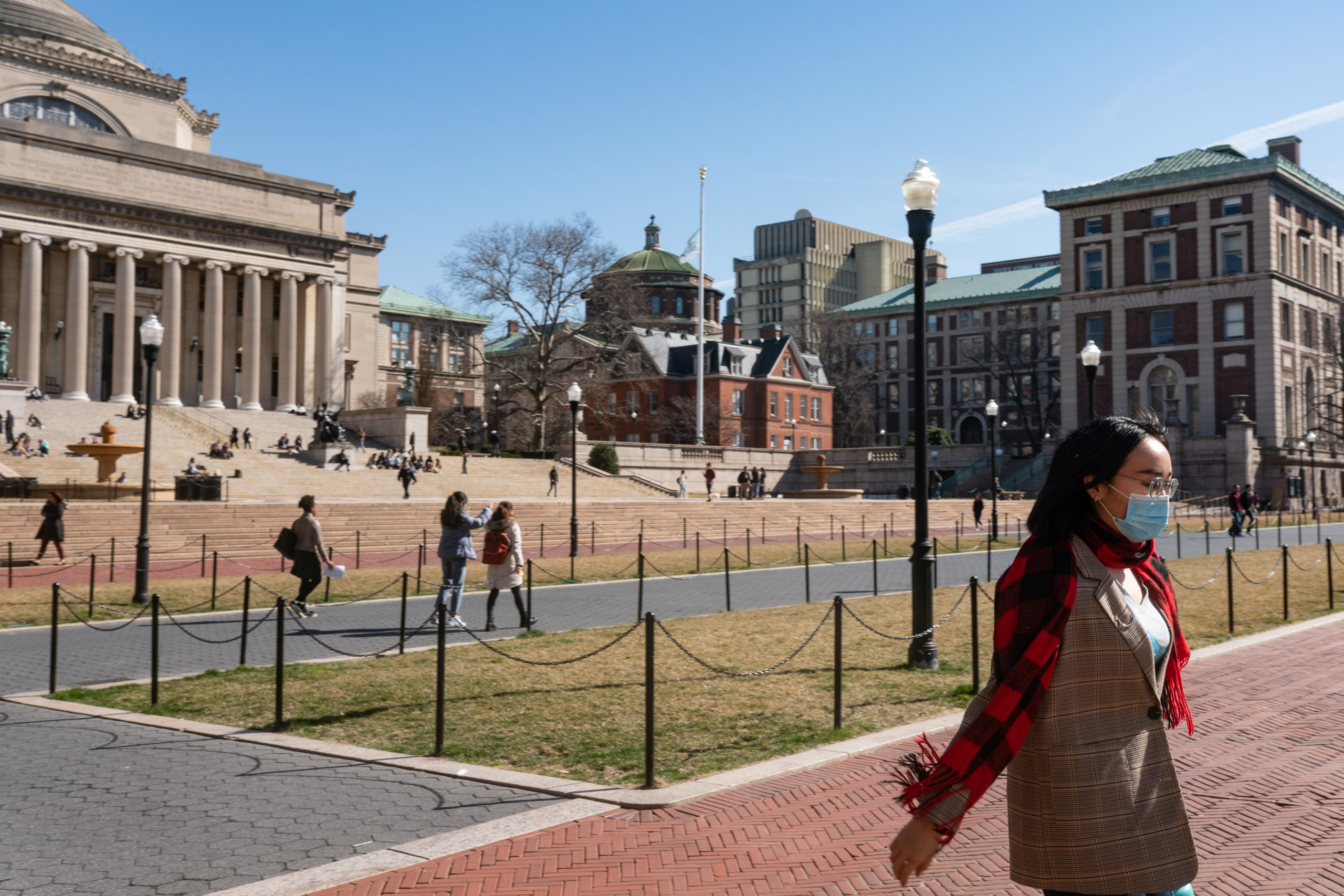 Students congregate in the campus of Columbia University. (Photo by Jeenah Moon/Getty Images)

As universities receive tuition payments up front, they are off the hook if students cannot pay their loans, the WSJ reported.

‘They’re not really held accountable for the myth they’re selling to students,” Ozan Jaquette, an associate professor of higher education at the University of California told the WSJ.

“We should not be giving federal-aid dollars to these programs that systematically saddle students with high debt,” Jaquette said.

“We were told by the establishment our whole lives this was the way to jump social classes,” Matt Black, a producer who graduated from Columbia’s film program with $233,000 in student debt, told the WSJ.

“There’s a virtual army of young people, most of whom may be naive about the financial obligations they’re undertaking,” James Bundy, dean at Yale University’s drama school, told the WSJ.

The balance of all Grad Plus loans totaled $11.2 billion, according to the WSJ. Around 43% of Grad Plus borrowers at elite graduate programs have yet to pay any of their debt or were behind on payments two years after graduation.