Inflation is expected to remain elevated and drive consumer prices higher for several more years, according to surveyed economists.

Prices are expected to be 3.2% higher in the final months of the year compared to where they were at the end of 2020, according to the survey conducted by The Wall Street Journal. The economists’ previous consensus showed lower inflation and for shorter period of time.

“We’re in a transitional phase right now,” Joel Naroff, chief economist at Naroff Economics, told the WSJ. “We are transitioning to a higher period of inflation and interest rates than we’ve had over the last 20 years.”

Inflation will fall slightly to 2.3% annually in 2022 and 2023, the economists predicted, the WSJ reported. Overall, prices would increase 2.58% per year over the next three years, the sharpest inflation increase since the 1990s, if the projection is correct.

The consumer price index (CPI), an inflation indicator tracked by the Department of Labor, increased more between June 2020 and May than it has in any other 12-month period since August 2008, recent government data showed. The personal consumption expenditures index, which is used by the Federal Reserve, surged 3.4% in the 12-month period ending May, the biggest leap since 1992. 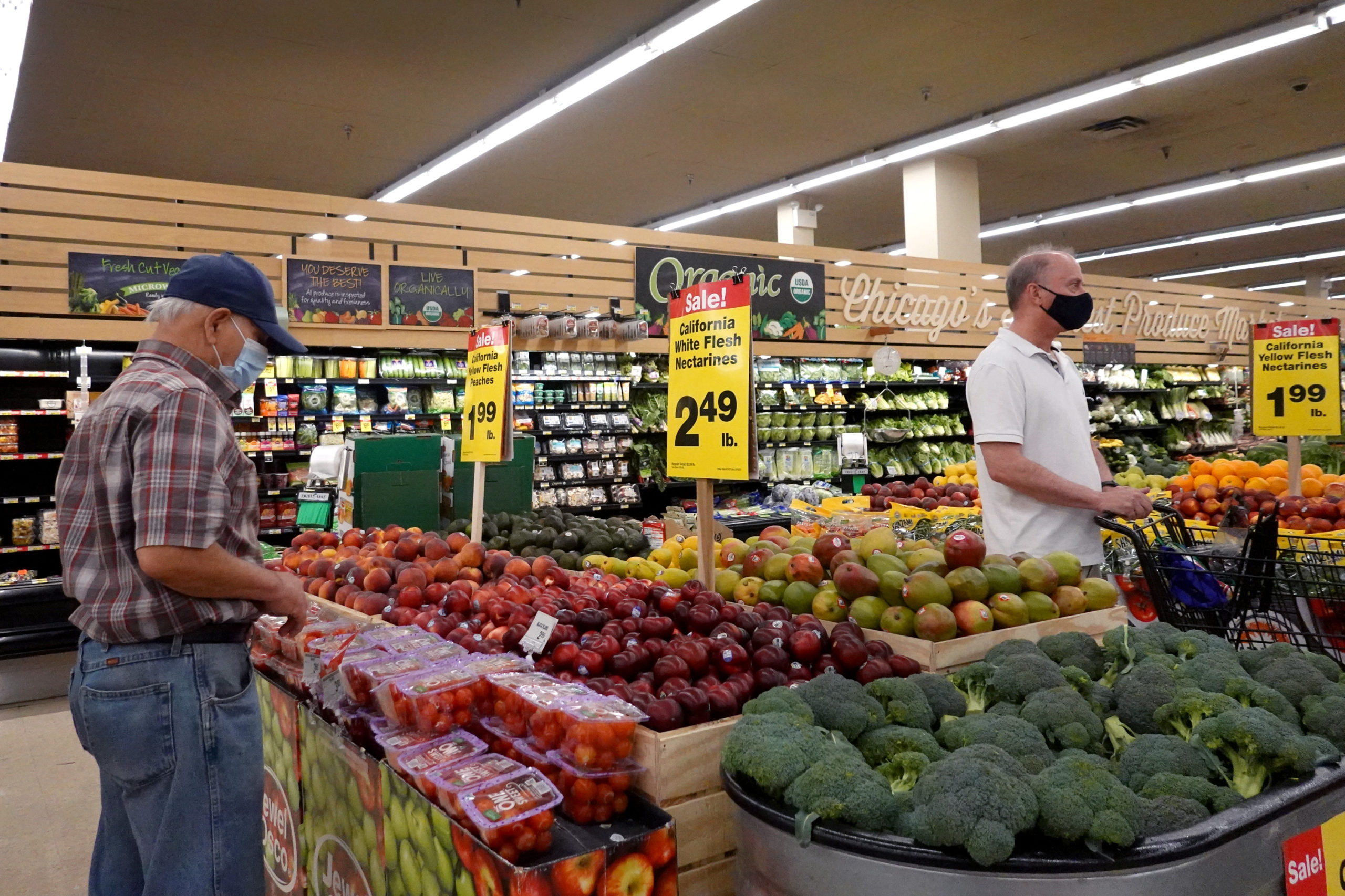 Customers shop for produce at a supermarket on June 10 in Chicago, Illinois. (Scott Olson/Getty Images)

“I’m not saying hyperinflation is around the corner, just that a lot of things have come together in the last year, and the overall trend of costs across the board is growing faster than in the last five or 10 years,” American Chemistry Council chief economist Kevin Swift said, according to the WSJ.

Swift added that the Fed is possibly behind the curve preparing how it will curb higher inflation over the next few years, the WSJ reported.

Throughout the pandemic, the Fed has chosen to keep interest rates low, a policy which encourages economic activity, but could spur inflation. Low interest rates incentivize people to invest and take out loans, flooding the economy with cash and increasing prices, according to Harvard Kennedy School’s Shorenstein Center.

“Inflation is expected to surge longer and longer — longer than the Fed previously thought,” Grant Thornton chief economist Diane Swonk told the WSJ. “The Fed is now likely to raise rates in the first half of 2023, although some Fed presidents will be nipping at the bit to move sooner.”

Several economists have sounded the alarm on large, trillion-dollar spending packages backed by President Joe Biden, arguing they will drive inflation further. Former Treasury Secretary Larry Summers and Peter Schiff, the chief economist and global strategist at Euro Pacific Capital, said the government is the cause of increased prices.

“The 100% cause of inflation is the government,” Schiff previously told the DCNF. “It’s when the government spends money that it doesn’t collect in taxes and then the Federal Reserve monetizes the resulting deficits by printing money.”

But Fed officials have repeatedly stated that current inflation levels are “transitory” and an indicator that measures how markets see consumer prices changing showed that inflation is likely near its peak and will decline over the long term, CNBC recently reported.

The Department of Labor is scheduled to release the latest CPI figures on Tuesday.