English businessman and Virgin Group founder Richard Branson became the first billionaire to travel to outer space over the weekend.

Richard Branson reached space along with several crew members on Virgin Galactic’s ship VSS Unity on Sunday in a “landmark achievement” for commercial space travel, his company said in an announcement. Virgin Galactic, a Virgin Group subsidiary, has invested more than a billion dollars into a space tourism business over the past 17 years, which it hopes will have high demand among the world’s wealthiest people, CNBC reported.

“I have dreamt about this moment since I was a child, but nothing could have prepared me for the view of Earth from space,” Branson said in a statement after the space flight. “We are at the vanguard of a new space age.”

“As Virgin’s founder, I was honored to test the incredible customer experience as part of this remarkable crew of mission specialists and now astronauts,” he continued. “I can’t wait to share this experience with aspiring astronauts around the world.” (RELATED: How Much Would It Cost To Go To Space With Jeff Bezos? The Number is Staggering)

Virgin Galactic CEO Michael Colglazier said the successful flight to space and back is a “historic moment” for space tourism. He added that Branson’s flight, which was a test flight for the company’s commercial capabilities, opens the door for more people to access space. 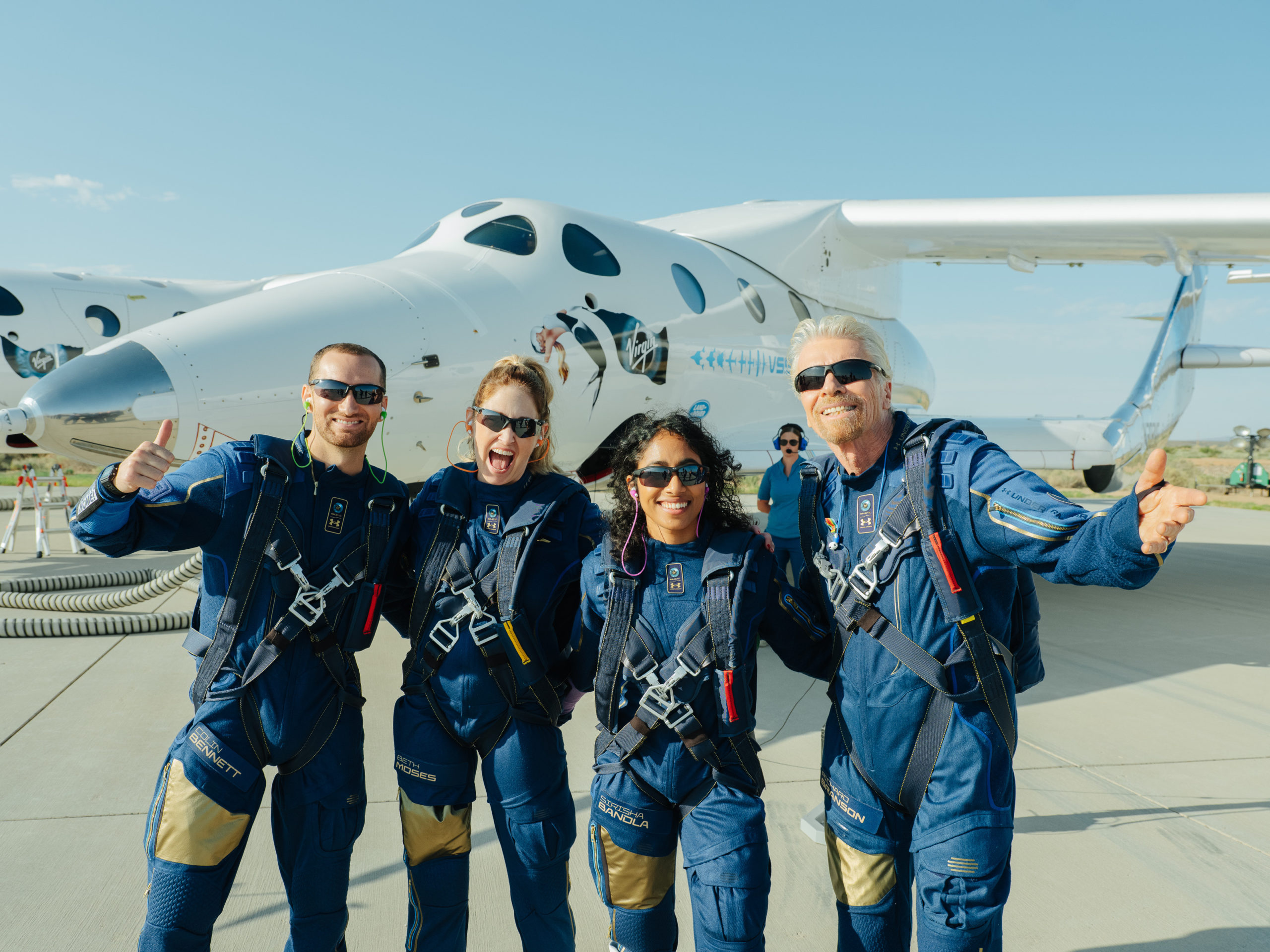 Richard Branson poses with three Virgin Galactic employees in front of the VSS Unity before flying to space on Sunday. (Virgin Galactic)

“With each successful mission we are paving the way for the next generation of astronauts,” Colglazier said in a statement.

Carrying Branson, three Virgin Galactic employees and two pilots, VSS Unity reached a top speed of Mach 3, or roughly 2,301 mph, and an altitude of 53.5 miles after launching from its mothership VSS Eve. The crew was able to experience zero gravity in space before returning to Earth and executing a safe runway landing at Spaceport America in New Mexico.

“For so long, we have looked back in wonder at the space pioneers of yesterday,” Branson said. “Now, I want the astronauts of tomorrow to look forward and make their own dreams come true.”

Virgin Galactic, which Branson founded in 2004, has stated that up to 2 million people will travel to space in commercial flights, which will cost as much as $500,000, according to CNBC. The company plans to begin its commercial service early next year.

Branson’s flight comes less than a week before Amazon founder and billionaire Jeff Bezos plans to fly to space himself. Bezos will ride a ship built and developed by his company Blue Origin.