Inflation surged 5.4% over the 12-month period ending in June, the quickest spike since August 2008, a Department of Labor report showed.

The consumer price index (CPI) increased 0.9% between May and June, according to the Labor Department report released Tuesday morning. Economists projected the report would show that CPI ticked up 4.7% between July 2020 and June, The Wall Street Journal reported.

“We’re in a transitional phase right now,” Joel Naroff, the chief economist at Naroff Economics, told the WSJ. “We are transitioning to a higher period of inflation and interest rates than we’ve had over the last 20 years.”

Consumer prices were driven higher by used automobile sales, according to the Labor Department. Used car and truck sales spiked 10.5% last month and a record 45.2% over the last 12 months.

The global semiconductor shortage has limited the supply of new cars, causing consumers to flock to used lots, NPR reported.

In addition, the cost of food and energy increased sharply, the report showed. Food prices increased 0.8% and energy spiked 1.5% in June. (RELATED: The Numbers Are In, Biden’s Inflation Is Not Going Away)

Over the past 12 months, the energy and gasoline indices rose 24.5% and 45.1% respectively. Average U.S. gasoline prices have rocketed up to $3.15 per gallon as of Tuesday, about $1 more than the average a year ago, according to AAA. 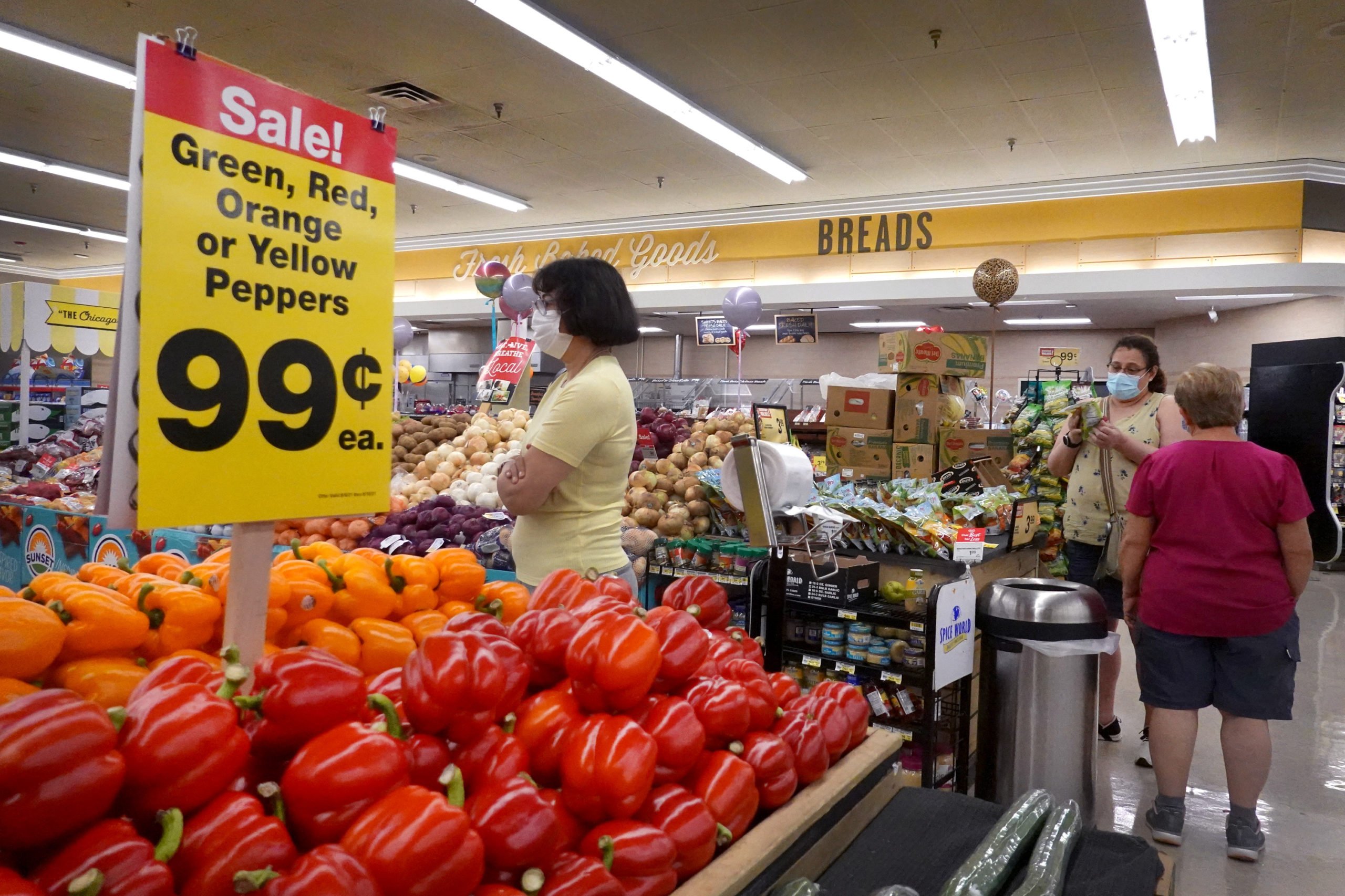 Customers shop for produce at a supermarket on June 10 in Chicago, Illinois. (Scott Olson/Getty Images)

As inflation has risen rapidly over the last several months, the Federal Reserve has stated that the price increases are returning to the pre-pandemic normal. The central bank has also noted that labor shortages and pandemic-related supply constraints are contributing to the higher prices.

“The recent 12-month measures of inflation were being boosted significantly by the base effects of the drop in prices from the spring of 2020 rolling out of the calculation,” the minutes of the Fed’s June meeting said.

“In addition, the surge in demand as the economy reopened further, combined with production bottlenecks and supply constraints, contributed to the large recent monthly price increases,” it continued.

Fed officials and President Joe Biden’s administration have repeatedly downplayed the consumer price increases. But Republicans and some economists have warned that the current rate of inflation could tank the economy in the future.

“The effects could be devastating, particularly for the most vulnerable in society,” Folkerts-Landau said, according to CNBC.

Meanwhile, a group of economists altered their forecast, predicting that inflation would rise higher and for longer than previously projected, according to a survey conducted by The Wall Street Journal. The economists’ revised projection was supported by a New York Fed survey released Monday that showed record inflation expectations.