The bill, titled the Cannabis Administration and Opportunity Act and cosponsored by Democratic Sens. Cory Booker of New Jersey and Ron Wyden of Oregon, would remove federal cannabis penalties, expunge non-violent federal cannabis-related criminal records and punt how or if weed gets legalized to the states.

Marijuana legalization has rapidly spread across the country in recent years, and is now available for recreational use in 18 states and Washington, D.C., and for medical use in 37. It is decriminalized in 13 states that have yet to fully legalize it.

Recent polls show that full legalization is overwhelmingly popular, but that support has not necessarily shifted to Congress or the White House. Several Democrats and nearly all Republicans in Congress are skeptical of legalization, and the bill would need at least 10 GOP votes to overcome a filibuster.

When the House passed a legalization bill in 2019, just five Republicans voted in favor. President Joe Biden has also not committed to legalizing the drug, though he supports its decriminalization. 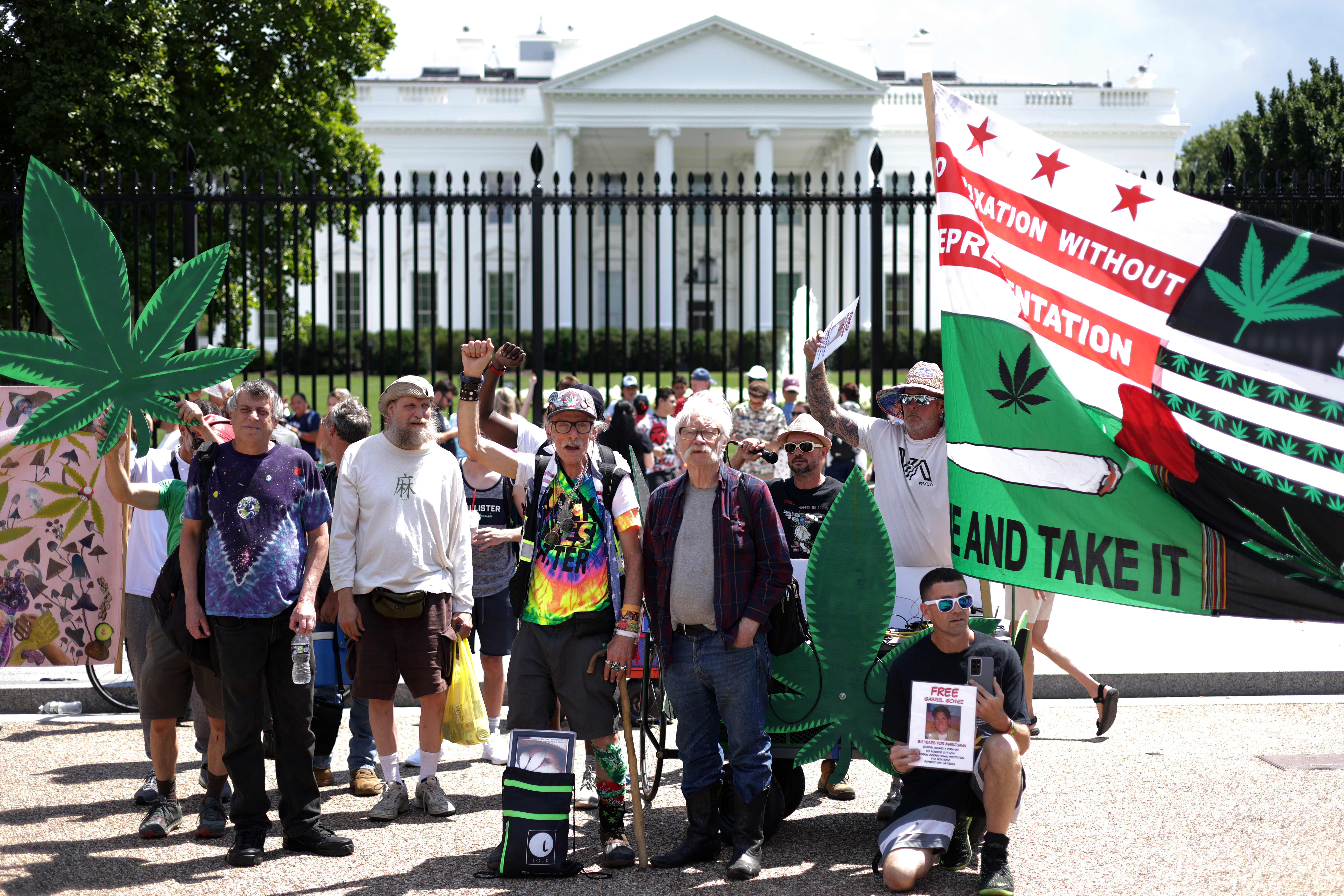 The bill affords states the option to keep cannabis illegal if they so choose. It would also provide money for federal research into drugged driving and authorize data collection on traffic deaths and violent crime, and would approve funds for studying the drug’s impact on the human brain. (RELATED: Schumer Wishes Happy 4/20 To Those Celebrating)

It also includes grant programs for demographics negatively affected by the multi-decade war on drugs, and would mandate that states and cities establish an automatic expungement program for non-violent cannabis-related offenses to receive any grant funding the bill includes.