Multiple parents have filed lawsuits against Washington, D.C., for allowing children to receive vaccines without parental knowledge or consent.

In a lawsuit filed Monday by the Children’s Health Defense (CHD) and Parental Rights Foundation against D.C. Mayor Muriel Bowser, four parents call for a preliminary injunction prohibiting D.C. from enforcing the D.C. Minor Consent for Vaccinations Amendment Act of 2020, which allows children who are eleven-years-old or older deemed “capable of meeting the informed consent standard” to consent to vaccines without their parents’ knowledge or consent.

Bowser’s office declined to comment on the matter to the Daily Caller News Foundation. (RELATED: DC Archbishop Sues Mayor Muriel Bowser For ‘Arbitrary, Unscientific And Discriminatory’ Restrictions Ahead Of Christmas)

“We do not comment on pending litigation,” DC Deputy Mayor for Planning and Economic Development John Falcicchio said Wednesday.

“Providers who administer immunizations under the authority of this subsection shall seek reimbursement, without parental consent, directly from the insurer, which may be Medicaid, Alliance, or private insurance,” the Minor Consent Act said. “The provider shall notify the insurer that the immunization has been provided under the authority of this section.”

All of the parents named in the lawsuit object to the COVID-19 vaccine on religious grounds. Some of the parents formerly obtained childhood vaccines for their children and have since “formed sincere religious objections to vaccinations.”

This is not the first lawsuit of its kind. Joshua Mazer, the father of a 16-year-old daughter, also filed a lawsuit July 2 against Bowser in her capacity as D.C. mayor. Mazer and his daughter reside in Maryland but his daughter traveled to the MedStar Georgetown Pediatrics without her parents and requested a vaccine, according to the lawsuit.

The father cited both medical and religious reasons for why he objected to his daughter receiving the vaccine, asserting that the Minor Consent Act “creates an entire structure by which the health care provider, insurance company, school, and health department all engage in an elaborate and deceitful scheme, including lying to the parents, to hide from those parents the fact that their child was vaccinated without parental notification, control, or consent, and all without any finding that a parent is unfit.” 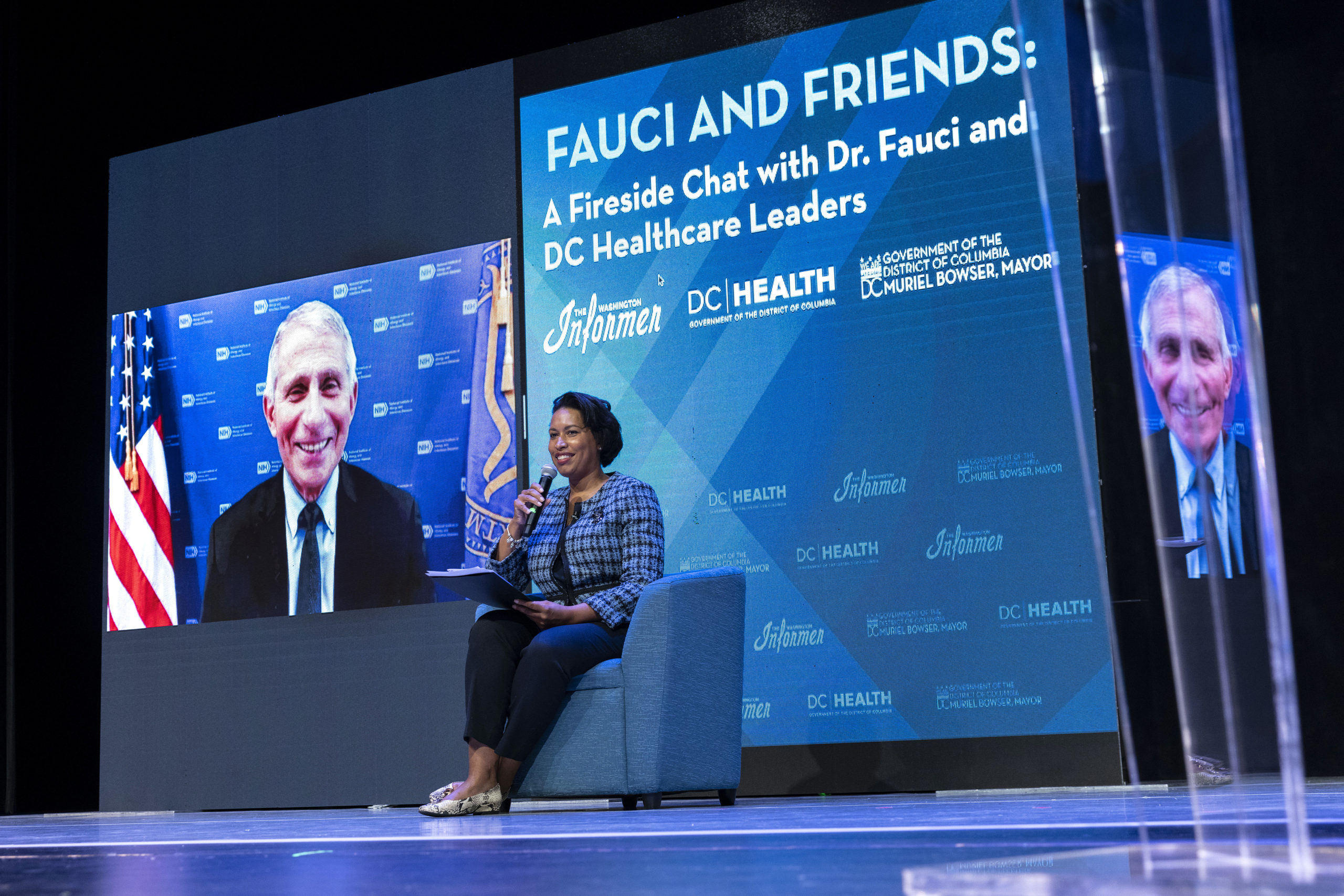 WASHINGTON, DC – JUNE 11: Washington DC Mayor Murial Bowser participates in a virtual meeting with Director of the U.S. National Institute of Allergy and Infectious Diseases Dr. Anthony Fauci at the Town Hall Education Arts Recreation Campus on June 11, 2021 in Washington, DC. Fauci spoke on the urgency to get all eligible individuals vaccinated against COVID-19. (Photo by Kevin Dietsch/Getty Images)

Mazer said his daughter had previously suffered a “severe reaction to a tetanus, diphtheria, and pertussis-containing vaccine” when she was five-years-old, requiring “urgent medical treatment,” according to the lawsuit. A pediatric allergy and immunology specialist wrote a special exemption for Mazer’s daughter from receiving more doses of the pertussis, diphtheria and tetanus vaccines, according to the lawsuit, which noted that Mazer’s daughter “did not understand that her previous reaction was an allergic reaction.”

When Mazer’s daughter went to MedStar Georgetown Pediatrics to obtain the vaccine, she presented her mother’s insurance card, gave her date of birth, told the hospital that her parents were not with her, and “explained that she wanted to attend a summer camp and needed to receive a vaccine to do same and that her parents would not consent to her receiving this vaccine,” according to the lawsuit.

Dr. Nneka Holder was told that Mazer’s daughter was there without her parents’ knowledge or consent to get the vaccine, the lawsuit said, and Holder and the nurses reportedly congratulated the 16-year-old for “sneaking behind her parents back.”

The doctor and nurses also convinced Mazer’s daughter to get the vaccine products Gardasil and MenACWY, the lawsuit said. Holder reportedly encouraged the 16-year-old to return for a further Gardasil booster and “coached” her on “lying in relation to receiving the shots.” (RELATED: DC Mayor Sued Over Arrest Of Advocates Who Wrote Pro-Life Messages On Sidewalk)

“During her lengthy visit, J.D. was told the vaccines are safe, nothing more,” the lawsuit continued. “She was not provided a VIS (a vaccine information statement) nor any other written information about these products. At no time did anyone ask J.D. whether, for example, she had severe pain or swelling after a previous dose of any vaccine, nor any of the other medical conditions listed on the VIS that parents are told to inform their health care providers about before their child is vaccinated.”

The lawsuit also emphasized that Holder and the nurses did not try to obtain information from Mazer’s daughter about her previous reactions to vaccines “despite the fact that this was the first time they had ever met her and had no information about her medical history.”

MedStar Georgetown did not respond to requests for comment from the DCNF.