Police in France have clashed with street protesters who are marching against the government’s recent plan to require a health pass to enter many public spaces.

French President Emmanuel Macron revealed the plan — which ostensibly encourages more people to get vaccinated — this week, according to Reuters. The plan’s measures reportedly include requiring a health pass, which would encompass a vaccination certificate or negative PCR test, for people to enter shopping malls, cafes, bars and restaurants.

The protests are reportedly occurring in the streets of major cities across the country on Bastille Day to voice opposition to the proposed measures, with some people wearing badges that say: “No to the health pass.” The protests have been the scene of clashes with police, resulting in some people being detained by authorities, according to Reuters.

“The question is: It’s lockdown or the health pass,” Health Minister Olivier Veran said, following Macron’s announcement of the new measures. Veran also expressed concern that hospitals could become overwhelmed due to the spread of the Delta variant in France. (RELATED: Lockdown Enthusiasts Are All Over The Delta Variant. How Serious Is This Strain?)

One person identifying himself as Jean-Louis voiced the sentiment of the protesters, saying, “It’s totally arbitrary and wholly undemocratic,” Reuters reported. 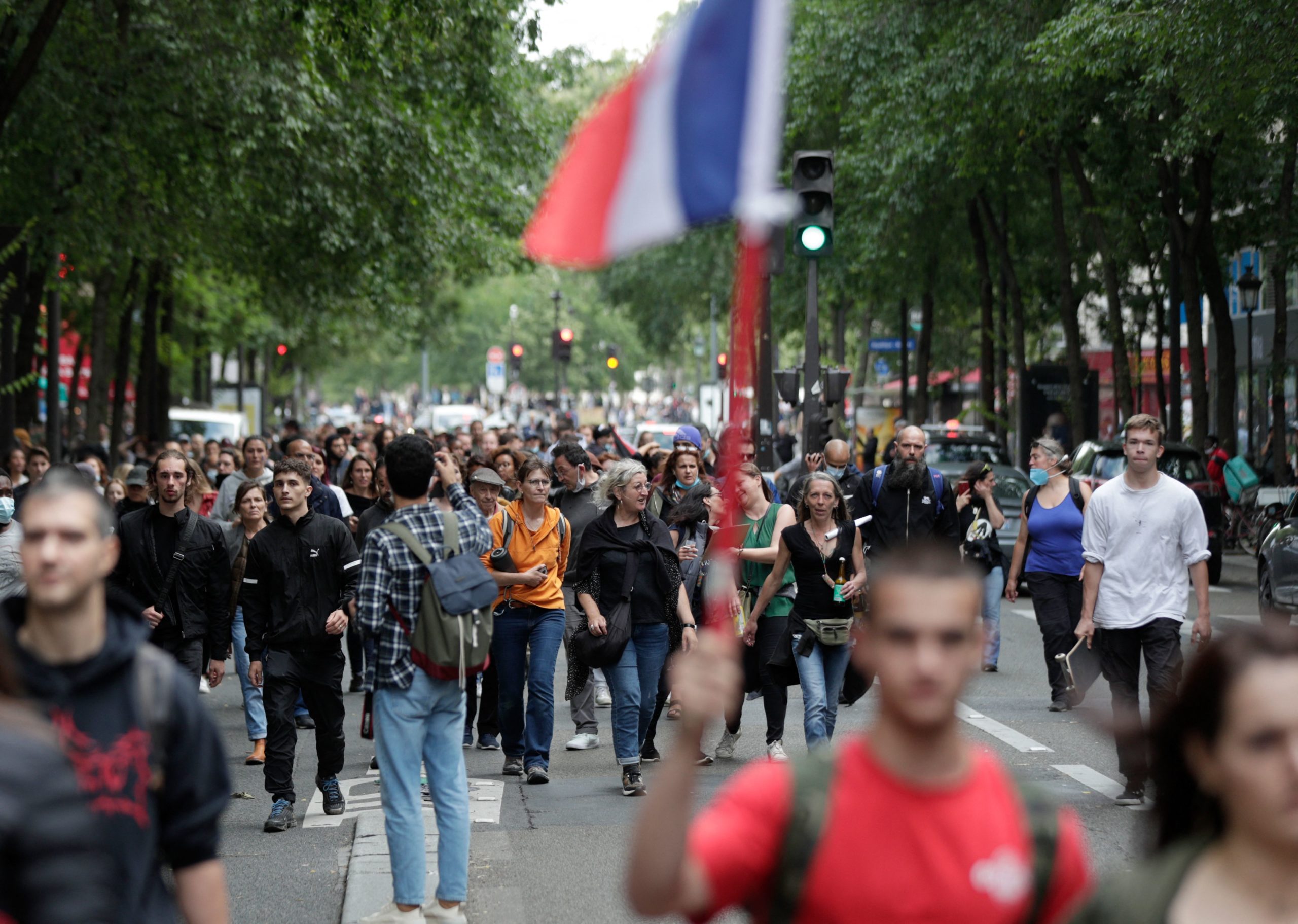 The plan is part of a government-proposed bill that will also include mandatory isolation for those testing positive for COVID-19, and would empower police to make random checks, Reuters reported.

Macron has stated that vaccinations would be mandatory for healthcare workers. The president’s announcement Monday seemed to initially motivate some unvaccinated people to get the jab, with more than a million people in the country signing up for it in one day, according to the Associated Press.