Georgia Secretary of State Brad Raffensperger lambasted Fulton County’s election mismanagement in a statement to the Daily Caller News Foundation Wednesday after it was reported nearly 200 ballots were initially scanned twice before being corrected in the recount.

“Every time we think we’ve reached the peak of Fulton’s elections mismanagement issues, more comes to light,” Raffensperger told the DCNF. “I’ve been calling for change in Fulton since day one. Maintaining public confidence in our elections begins in Fulton County,” he said.

A spokesperson for the office of the Secretary of State told the DCNF that Raffensperger has not done anything to indicate his views towards the legitimacy of the election results have changed. “We have now counted legally cast ballots three times and the results remain unchanged,” Raffensperger said in December after Georgia’s recount affirmed President Joe Biden’s victory.

The double-counted ballots were discovered by voters suing to be allowed to review 147,000 absentee ballots, but there is no indication any identical ballots were included in the official results after the recount, the Atlanta Journal-Constitution reported Tuesday. Biden’s lead would have only increased by 27 votes if the ballots had been counted, and election observers and organizations doubt the duplication would have happened often or in large numbers, the Journal-Constitution reported. 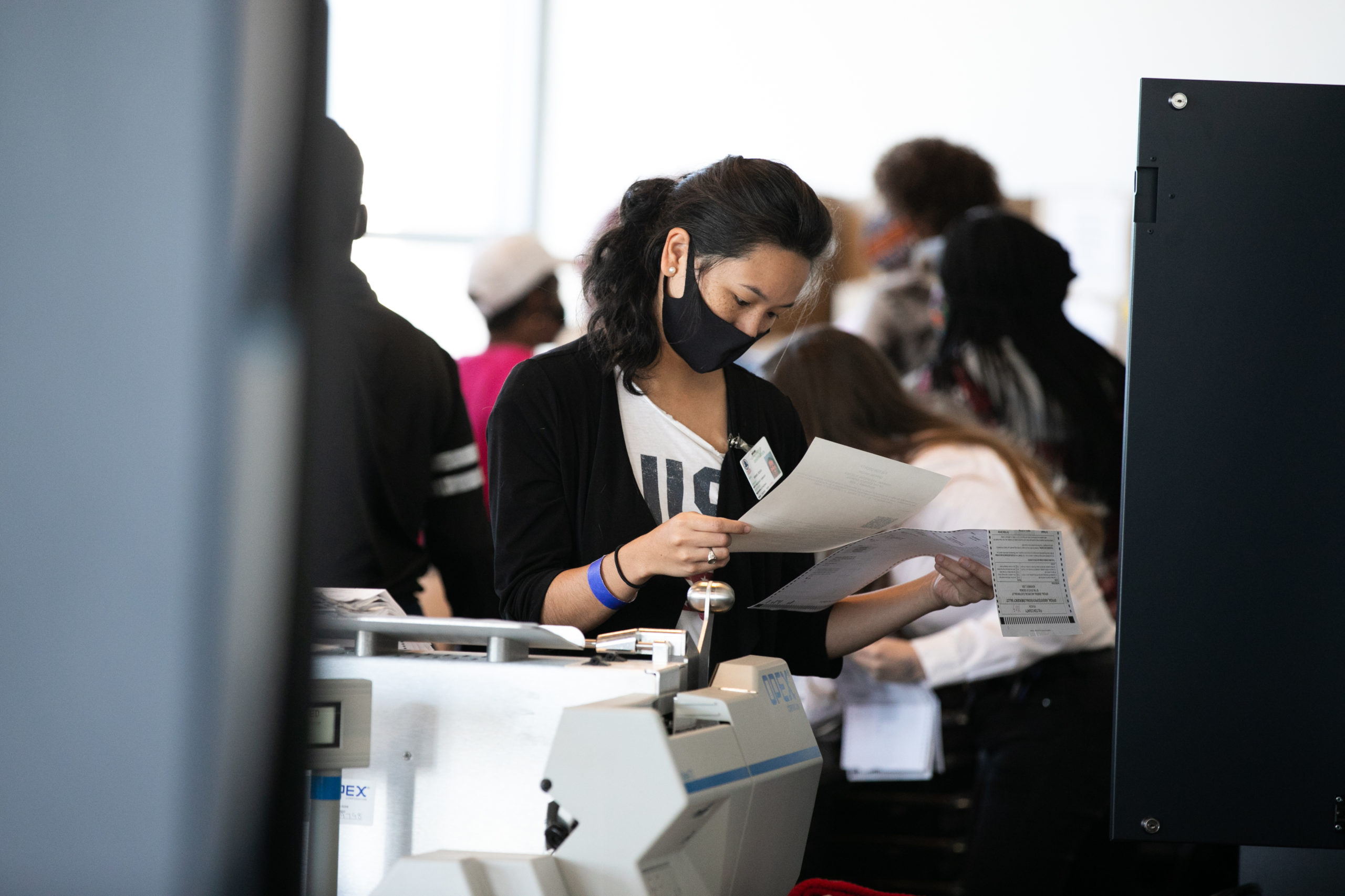 Former President Donald Trump gained a total of 121 absentee ballots in Fulton County after the recount, the Journal-Constitution reported.

Raffensperger has been critical of Fulton County since before the November election. The June 2020 primary election saw voters waiting in line for hours due to precinct closures, voting machine problems and COVID-19 complications, the Journal-Constitution reported.

“Fulton didn’t execute the way we wanted and that voters deserved. I know this: Every person involved in elections wants to get it right, even those in Fulton,” Raffensperger said at the time, according to the Journal-Constitution. (RELATED: Brad Raffensperger Says Trump’s Data ‘Is Just Plain Wrong,’ Stands By Pushing Back Against Trump During Leaked Phone Call)

Raffensperger has also opened an investigation into whether Fulton County violated state rules “requiring absentee ballot drop box transfer forms to be filled out,” his office told CNN in June. CNN also cited a source with knowledge of the investigation who said it “does not have any implications about fraudulent or missing ballots in Fulton any more than it meant that in the other smaller, more conservative counties.”