Paul introduced “The Travel Mask Mandate Repeal Act of 2021,” which would ban the federal government from imposing a mask mandate when using any “transportation hub.” The federal mask was set to expire May 11, but the Transportation Security Administration (TSA) extended it to Sept. 13, The Hill reported.

“The federal government forcing the American people to continue to wear masks despite the fact that we’ve already reached herd immunity is ridiculous and needs to end immediately,” Paul said in a statement. “I am introducing the Travel Mask Mandate Repeal Act of 2021 to put a stop to this nanny state mandate of requiring masks on public transportation. In a free county people will evaluate their personal risk factors and are smart enough to ultimately make medical decisions like wearing a mask themselves.” 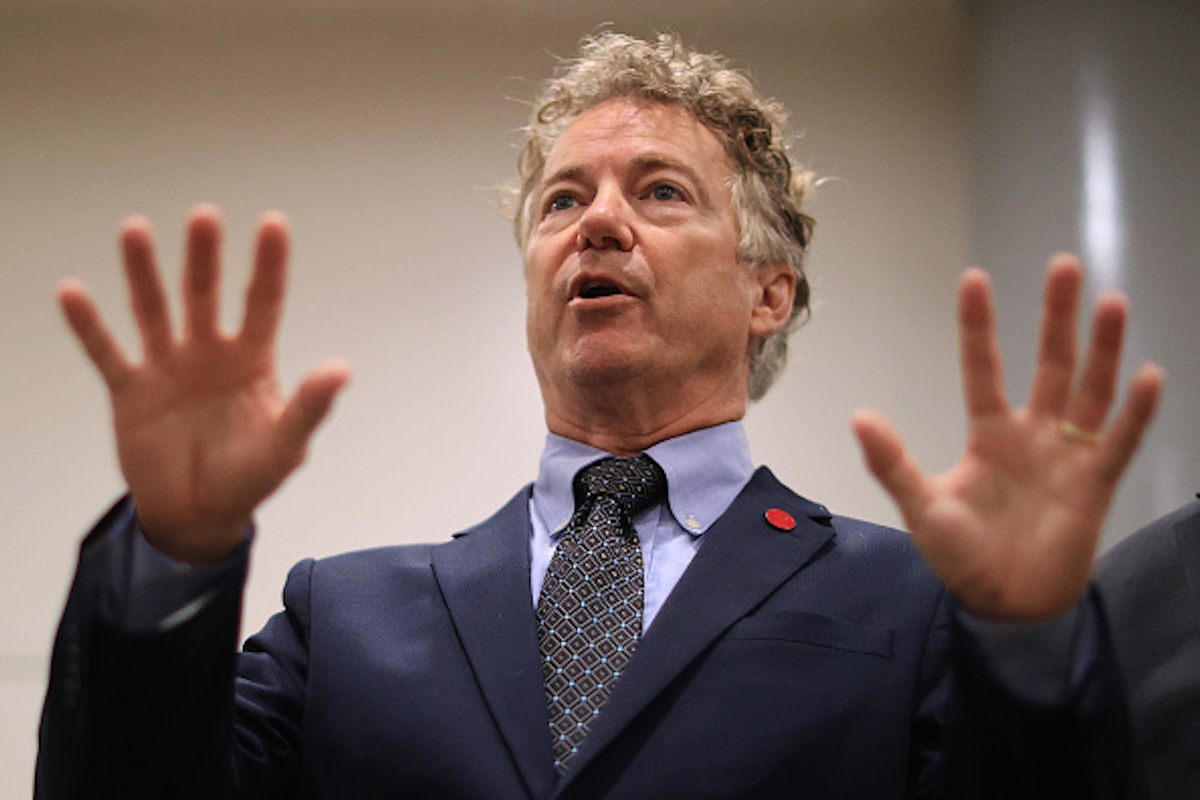 Sen. Rand Paul (R-KY) speaks to reporters about why he and a small group of Republican senators are holding up votes over opposition to a Chinese trade bill at the U.S. Capitol on May 28, 2021 in Washington, DC. (Photo by Chip Somodevilla/Getty Images)

Paul has said that White House chief medical adviser Dr. Anthony Fauci was lying to the American people about the need for masks after vaccination.