A string of four separate shootings left one person dead and several injured in St. Louis between late Tuesday night and early Wednesday morning, according to authorities.

Two individuals were transported to a local hospital around 12:15 a.m., near the Hamilton Heights Neighborhood where one later died, the Midland Daily News reported. The St. Louis Police Department confirmed the two individuals were suspected of exchanging gunfire close to midnight Tuesday. One of the suspects who later died was described solely as a man in his 30’s.

Roughly an hour prior, a man was shot in the face just north of St. Louis University and was taken to a hospital. The victim told police he was riding his bicycle when he was approached by an unidentified suspect who tried to rob him, according to Midland Daily News.

Shortly thereafter, a man suffered a gunshot wound to his leg in what turned into a gunfire battle, according to police. The victim was taken to a hospital in stable condition. Early Wednesday morning several people were shot near a gas station, police confirmed.

The city voted to cut $4 million from the police budget in April, which went into effect on July 1. While there has been a recent crime wave, it is unclear if there is any correlation between the cuts and the string of crime, according to USA Today.

Nonetheless, Democratic Missouri Rep. Cori Bush applauded the city’s decision in April to shift millions of funds away from the police department. (RELATED: ‘Defund The Police’ Is So Unpopular That Democrats Are Now Claiming Republicans Did It)

“For decades, our city funneled more and more money into our police department under the guise of public safety, while massively underinvesting in the resources that will truly keep our communities safe,” Bush said. “The St. Louis Metropolitan Police Department continues to be the deadliest police force in the nation, year after year – all while violence in our communities continues to skyrocket.”

“We are building a St. Louis where our streets are safe and our youth can grow and prosper- where we can not just survive St. Louis, but thrive.” 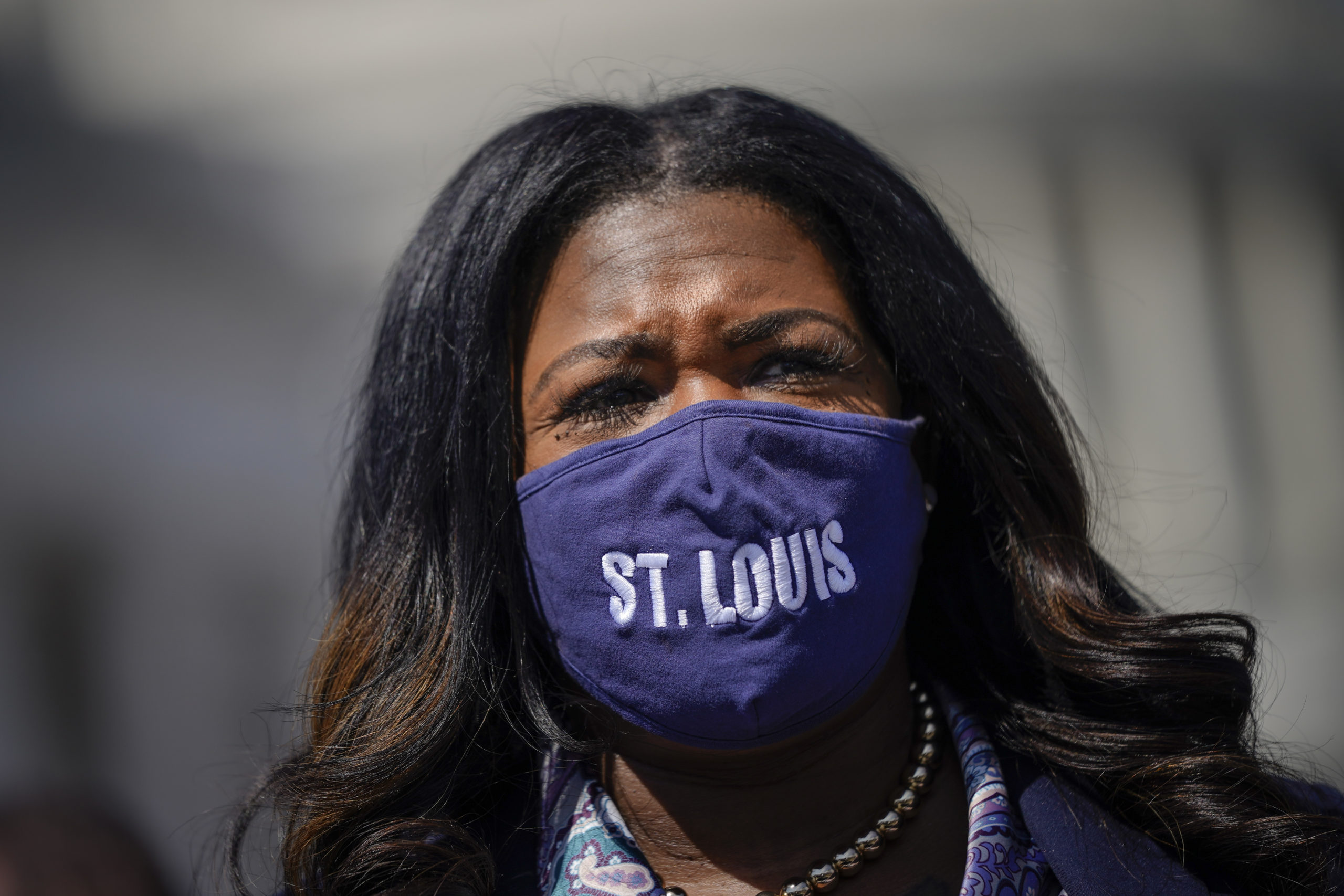 The move to defund the police sparked opposition from state lawmakers, who pushed for Republican Gov. Mike Parson to call a special session in June to stop St. Louis from defunding their police department, according to Fox 2. St. Louis Mayor Tishaura Jones said Republicans “on the outskirts of St. Louis are trying to tell us what is best for our city,” according to the report.

The Daily Caller has reached out to the St. Louis Police Department but did not receive a response at the time of publication.