A number of Colombian servicemen who are allegedly part of a group responsible for the assassination of Haitian President Jovenel Moïse previously received U.S. military training, the Pentagon told The Washington Post on Thursday.

“A review of our training databases indicates that a small number of the Colombian individuals detained as part of this investigation had participated in past U.S. military training and education programs, while serving as active members of the Colombian Military Forces,” Lt. Col. Ken Hoffman, a Pentagon spokesman, told the Washington Post in a statement.

The U.S. often conducts training and education exercises with servicemen and other security personal in Latin America, particularly those in Colombia, the Washington Post reported. The country has been partnering with the U.S. military for decades, which has developed a strong relationship between Colombian military personnel and the U.S. Army’s Green Berets. 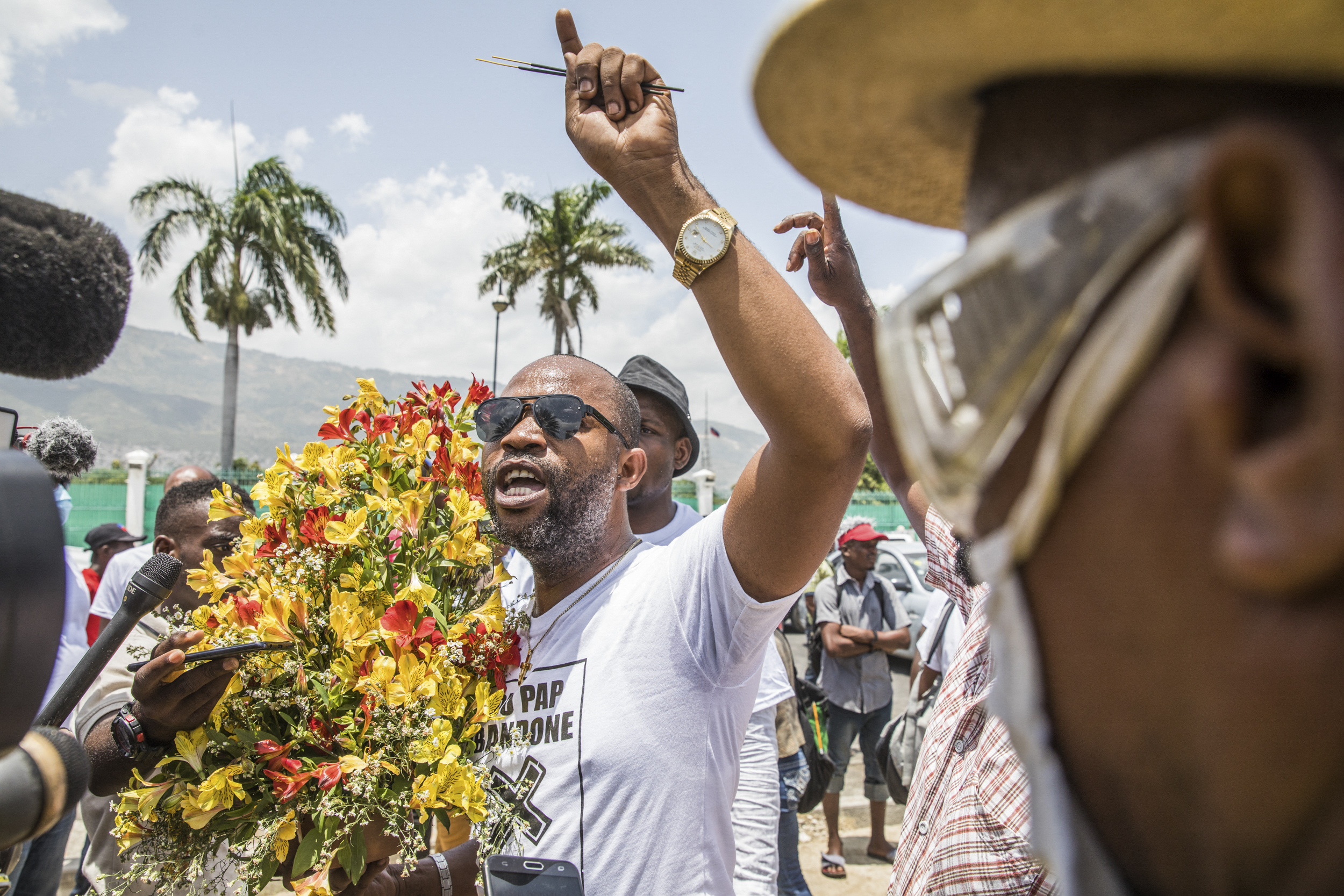 Demonstrators pray and demand justice outside of the Presidential Palace in Port-au-Prince on July 14, 2021, in the wake of Haitian President Jovenel Moise’s assassination on July 7, 2021. (Photo by VALERIE BAERISWYL/AFP via Getty Images)

“This illustrates that while we want our training of foreign armies to build professionalism and respect for human rights, the training is only as good as the institution itself,” Sen. Patrick J. Leahy of Vermont told The Washington Post.

“The Colombian army, which we have supported for 20 years, has a long history of targeting civilians, violating the laws of war and not being accountable. There has been a cultural problem within that institution,” he added.

“The recruitment of Colombian soldiers to go to other parts of the world as mercenaries is an issue that has existed for a long time, because there is no law that prohibits it,” armed forces Cmdr. Gen. Luis Fernando Navarro said last month, according to Reuters.

Two Haitian Americans are also among the 20 people arrested in connection with the assassination, the Washington Post reported.

The Haitian government has requested military assistance from the U.S. to maintain order during their leadership crisis, but Biden has only condemned the assassination and requested calm thus far, the Washington Post reported. Homeland Security Secretary Alejandro Mayorkas has also announced refugees fleeing Haiti will not be taken in by the U.S.