As the American left argues openly for socialism, it’s helpful to keep in mind just how dreadfully those policies have failed — and just how viciously socialists have responded to those who got in the way — in countries throughout the world. Watch the recent protests in Cuba and you will see how regular people feel about the direction the American left wants to take. They aren’t happy.

Since the communist revolution in 1959, leftists in America have celebrated purported Cuban progress in areas such as health care and education. Little mention was made in those quarters about the Cuban government’s human rights abuses, which include political executions, arbitrary imprisonments, an unfair legal system and severe limits on freedom of expression, free association, free assembly, free movement and, of course, a free press.

The problem with the left’s embrace of Cuba’s communism is it belies their ultimate lack of regard for those freedoms we, as Americans, hold most dear. The Cuban state is truly repressive. Those standing in the way of the revolution are not tolerated. 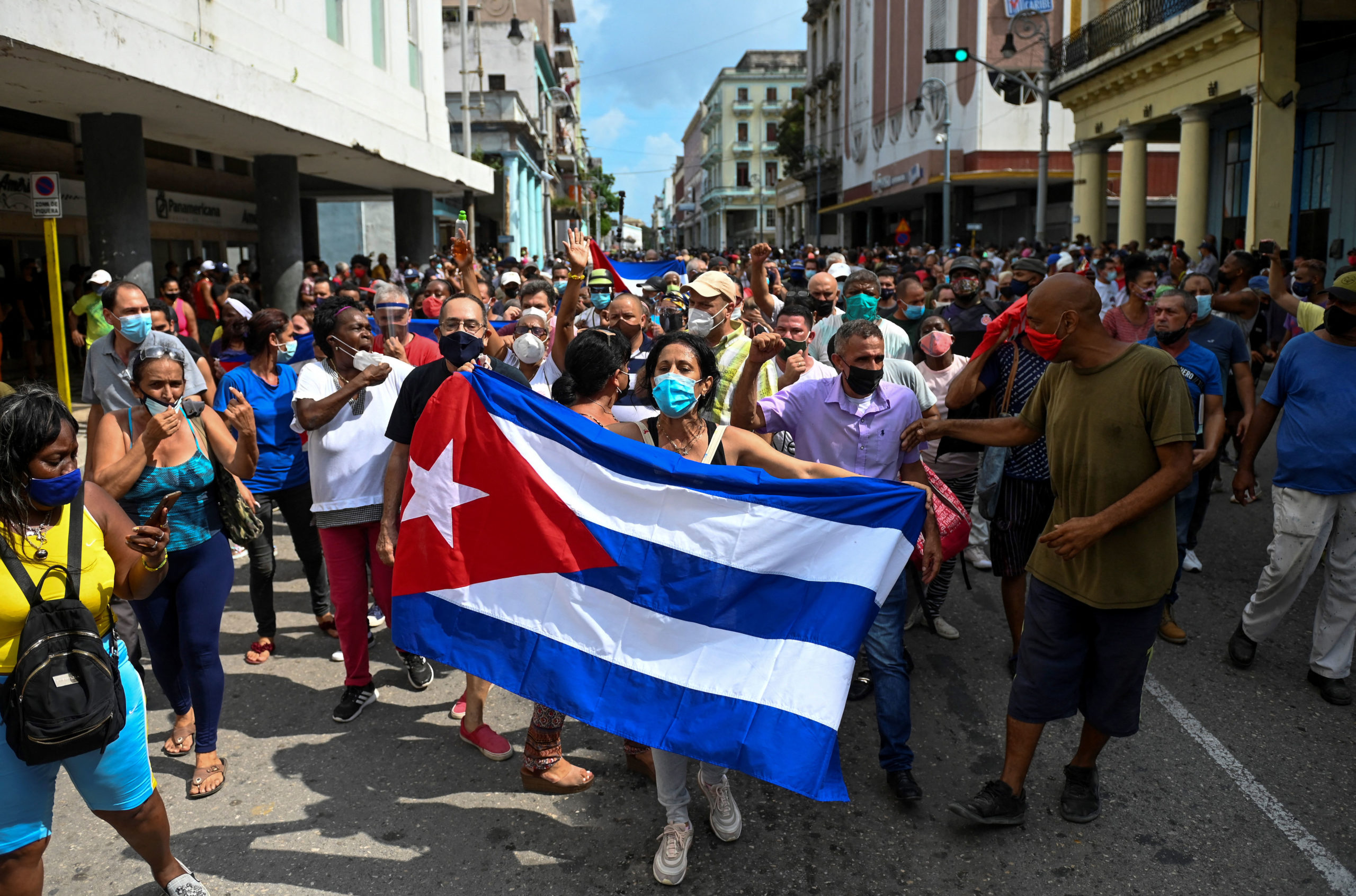 For most Americans, things like free speech, freedom of religion and freedom of movement are not ancillary. They are central to our lives. They can’t be traded away for a year of extra day care. The left does not share this view. Worse, as proven repeatedly in many corners of the world, the left is ready and willing to crush those who do.

Four members of the U.S. Congress are also members of the Democratic Socialists of America: Reps. Alexandria Ocasio-Cortez, D-N.Y.; Rashida Tlaib, D-Mich; Jamaal Bowman, D-N.Y.; and Cori Bush, D-Mo. In the wake of the protests all over Cuba, the organization put out a statement of solidarity with the Cuban Revolution. The socialists in Congress, who have praised the repressive Cuban government in the past, have remained largely quiet. President Joe Biden reportedly gave careful consideration to Rep. Karen Bass, D-Calif., as a potential running mate in 2020. Bass spent part of the 1970s working in Fidel Castro’s Cuba, and when Castro died, she said, “The passing of the Comandante en Jefe is a great loss to the people of Cuba.” (RELATED: ‘Ridiculous. Asinine’: Rep. Byron Donalds Hammers BLM For Blaming Cuban Protests On US Embargo And Not Communism)

Given this history of American Democrats’ praise for Cuba’s communist regime, it’s not surprising that the Biden administration’s first reaction to the protests in Cuba was to pretend that the whole thing was about COVID-19. At the onset of the protests, Biden’s assistant secretary of state for Western Hemisphere Affairs tweeted: “Peaceful protests are growing in Cuba as the Cuban people exercise their right to peaceful assembly to express concern about rising COVID cases/deaths & medicine shortages.”

There is nothing truthful about this statement. First, there is no meaningful “right to peaceful assembly” in Cuba. Cuba’s president in fact called for his fellow party members to crush any dissent: “We are prepared to do anything,” he said. “We will be battling in the streets.” In addition, the protests were clearly about a lot more than COVID-19. Protestors chanted “Freedom! “Down with Communism!” and “Patria y vida” (homeland and life) in videos widely available all over the web. A crowd of protesters even gathered outside of the Communist Party headquarters chanting, “Cuba isn’t yours.” And most glaringly of all, American flags could be seen all over the place. The Cuban protestors were flying American flags because the American flag is still a symbol of freedom for people all over the world. 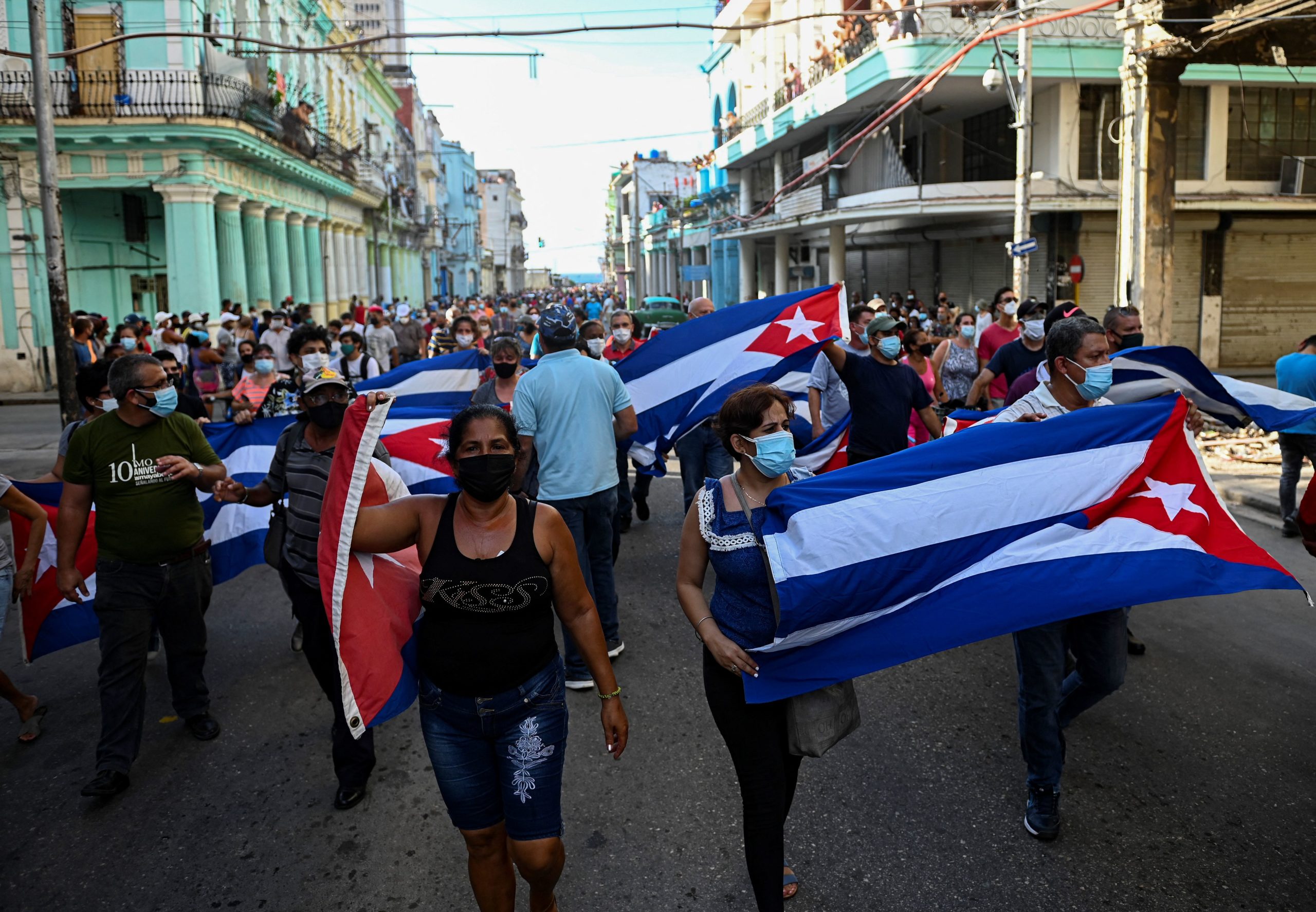 All of this was glaringly obvious watching the Cuban protests on video. So how could the Biden administration’s officials on Cuba get this so wrong initially? The only possible explanation is they didn’t want to tell the truth because it’s not a narrative they like. The president and others in his administration started refining their message to something more reality-based days later. But the rest of the American left has stayed largely silent. (RELATED: ‘Squad’ Socialists In Congress Oddly Quiet About Anti-Communism Protests In Cuba)

The corporate media, as is standard policy these days, mirrored the Biden position exactly. The first reports focused on COVID-19. Only later, when the truth was too obvious to ignore, did the American media start reporting on the broad-based anti-government, anti-communist nature of the protests and the repressive efforts by the Cuban government to crush the dissent. The biggest problem with this scenario is the only news most people see on the web is the corporate media party line. Anyone googling “Cuba protests” over the weekend, for example, would have seen a page full of CNN, New York Times and Washington Post reports about the COVID-19 protests in Cuba. This is not reality, but it’s the reality presented to the American people by Big Tech.

The American left is pushing a truly radical policy vision through the Biden administration. They are attempting to expand the government by trillions of dollars more than any time in history. Their vision includes government involvement in many new areas of American life. Lying about what is really happening is necessary if the very policies you are espousing, the very direction you are advocating taking America, is under widespread attack in a place like Cuba by the very people suffering under this failed experiment.

The glue that held things together when conservatives in America were somewhat united was opposition to communism. Religious conservatives opposed communist governments’ state-based atheism and its mistreatment of the church. National security hawks opposed communism’s expansionist desire and aggressive military stance. And free market conservatives, of course, opposed the communists’ desire to destroy and replace capitalism with a command-and-control economic system.

Since the fall of the Soviet Union, these groups have had less and less in common to hold them together. The result is the fragmentation on the right that we see today. And the result of that fragmentation is increased difficulty in stopping Biden’s increasingly left-wing agenda. Maybe the Cuba protests can help remind conservatives of what’s at stake. The Biden administration certainly seems to fear that’s the case.