Attorneys Joon H. Kim and Anne L. Clark will interview Cuomo in Albany regarding allegations of sexual harassment leveled against him by multiple women, two people familiar with the matter told the Times. The lawyers have spent recent weeks gathering testimony from Cuomo’s accusers and interviewing senior officials in Cuomo’s administration, the publication reported.

A person familiar with the investigation told the Times that the report will be released before the summer ends. (RELATED: Here’s What Impeachment Looks Like For Cuomo — And Who Would Replace Him)

“We have said repeatedly that the Governor doesn’t want to comment on this review until he has cooperated, but the continued leaks are more evidence of the transparent political motivation of the Attorney General’s review,” Cuomo spokesman Richard Azzopardi told the Daily Caller News Foundation.

Major Democrats called on Cuomo to resign from his position following details of a sixth allegation against the governor in March, but others have said that they will await the results of the investigation. The New York Democrat has repeatedly denied that he did anything inappropriate. 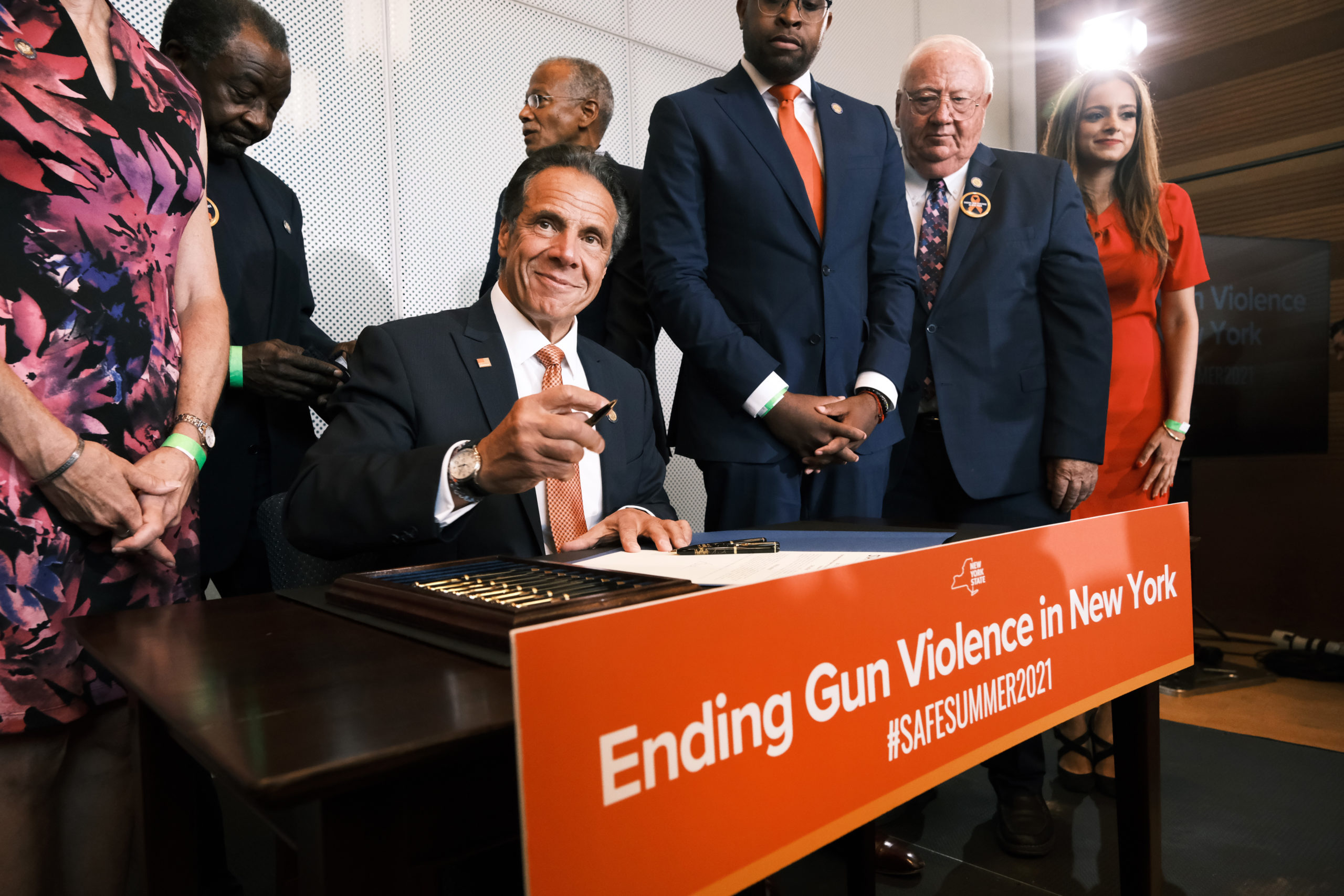 NEW YORK, NEW YORK – JULY 06: New York Governor Andrew Cuomo signs a bill and declares a state of emergency Tuesday due to the ongoing violence on July 06, 2021 in New York City. The new declaration by Cuomo will come with millions of dollars for gun and violence prevention programs across the state. The governor also announced that he will be signing a law that bars individuals with active warrants from buying a gun in the state of New York. Over the July 4th holiday weekend, 51 people were shot in New York. (Photo by Spencer Platt/Getty Images)

The embattled governor is being investigated by both the state attorney general’s office for allegations of workplace sexual misconduct and by the Department of Justice for his role in knowingly undercounting the deaths of New York nursing home patients. (RELATED: TIMELINE: How Andrew Cuomo Went From America’s ‘Love Gov’ To Fending Off Calls For His Resignation In Less Than 12 Months)

Though the DCNF reported in May that Cuomo had knowingly undercounted nursing home deaths, the governor did not face major push back on the matter until top Cuomo aid Melissa DeRosa reportedly admitted to New York lawmakers that Cuomo’s administration withheld the number of deaths, fearing federal prosecutors would use the numbers against the state.

Following DeRosa’s comments, major media began to report on the scandal, and at least six women came forward with allegations of inappropriate conduct, touching, and assault against the governor.  The speaker of the New York State Assembly authorized the judiciary committee to begin the impeachment probe last week.