The 37-week training course prepares people to be the boat operators who transport Navy SEALs, but also perform their own classified missions at sea. The unidentified woman received her pin on Thursday, along with 17 other sailors who graduated, the AP reported.

She is also the first of 18 women to successfully try out for a position as a SWCC or SEAL, the AP reported. Only 35% of those who begin the SWCC training end up graduating.

“Becoming the first female to graduate from a Naval Special Warfare training pipeline is an extraordinary accomplishment and we are incredibly proud of our teammate,” Rear Adm. H.W. Howard III, the commander of Naval Special Warfare, told the AP. “Like her fellow operators, she demonstrated the character, cognitive and leadership attributes required to join our force.” 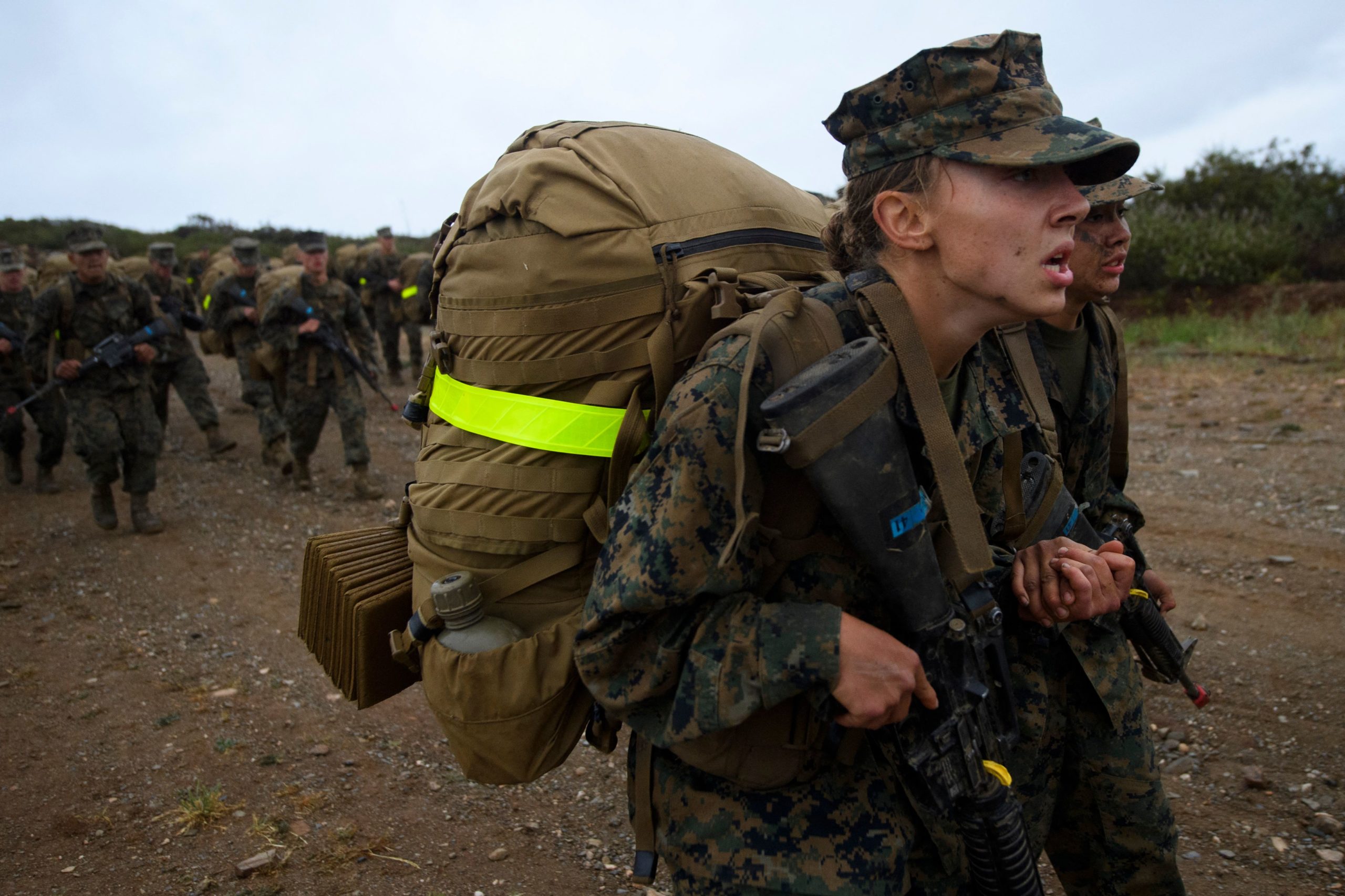 Female United States Marine Corps (USMC) recruits from Lima Company, the first gender integrated training class in San Diego, support each other during The Crucible, the final part of phase three of recruit training before officially becoming US Marines on April 22, 2021. (Photo by PATRICK T. FALLON/AFP via Getty Images)

The training consists of a two-month preparatory course, a three-week orientation at the Naval Special Warfare Center in Coronado, California, and seven weeks of learning basic navigation and water skill, as well as physical conditioning and safety, according to the AP. This is followed by a 72-hour crucible called “The Tour,” which is the point where most candidates fail.

If the candidates manage to pass this portion of the training, they then start seven weeks of basic crewman training to learn combat, weapons and communications training, before seven more weeks of an intermediate-level seamanship course, the AP reported. Lastly, they complete survival, evasion, resistance and escape training, as well as a cultural course.

“She and her fellow graduates have the opportunity to become experts in clandestine special operations, as well as manned and unmanned platforms to deliver distinctive capabilities to our Navy, and the joint force in defense of the nation,” Howard said. (RELATED: Military Withdrawal From Afghanistan Essentially Complete As Top US General In Region Steps Down)

The female sailor will now head one of Naval Special Warfare’s three special boat teams, just five years after all combat posts were opened to women, the AP reported.