Americans can expect consumer prices to continue their rapid rise until returning to normal in the “medium term,” Yellen said Thursday in an interview with CNBC. But Yellen, along with top Federal Reserve officials, predicted inflation wouldn’t be a concern.

“We will have several more months of rapid inflation,” Yellen told CNBC. “So I’m not saying that this is a one-month phenomenon.”

“But I think over the medium term, we’ll see inflation decline back toward normal levels,” she said. “But, of course, we have to keep a careful eye on it.” (RELATED: The Numbers Are In, Biden’s Inflation Is Not Going Away)

Yet in February, Yellen downplayed the risks of inflation, saying the Treasury Department had the tools to deal with the risk “if it materializes.” She also pushed back on former Treasury Secretary Larry Summers’ warning that President Joe Biden’s $1.9 trillion coronavirus relief package would trigger massive, once-in-a-generation inflation.

Yellen added that the Biden administration was more worried about jobs than rising prices. 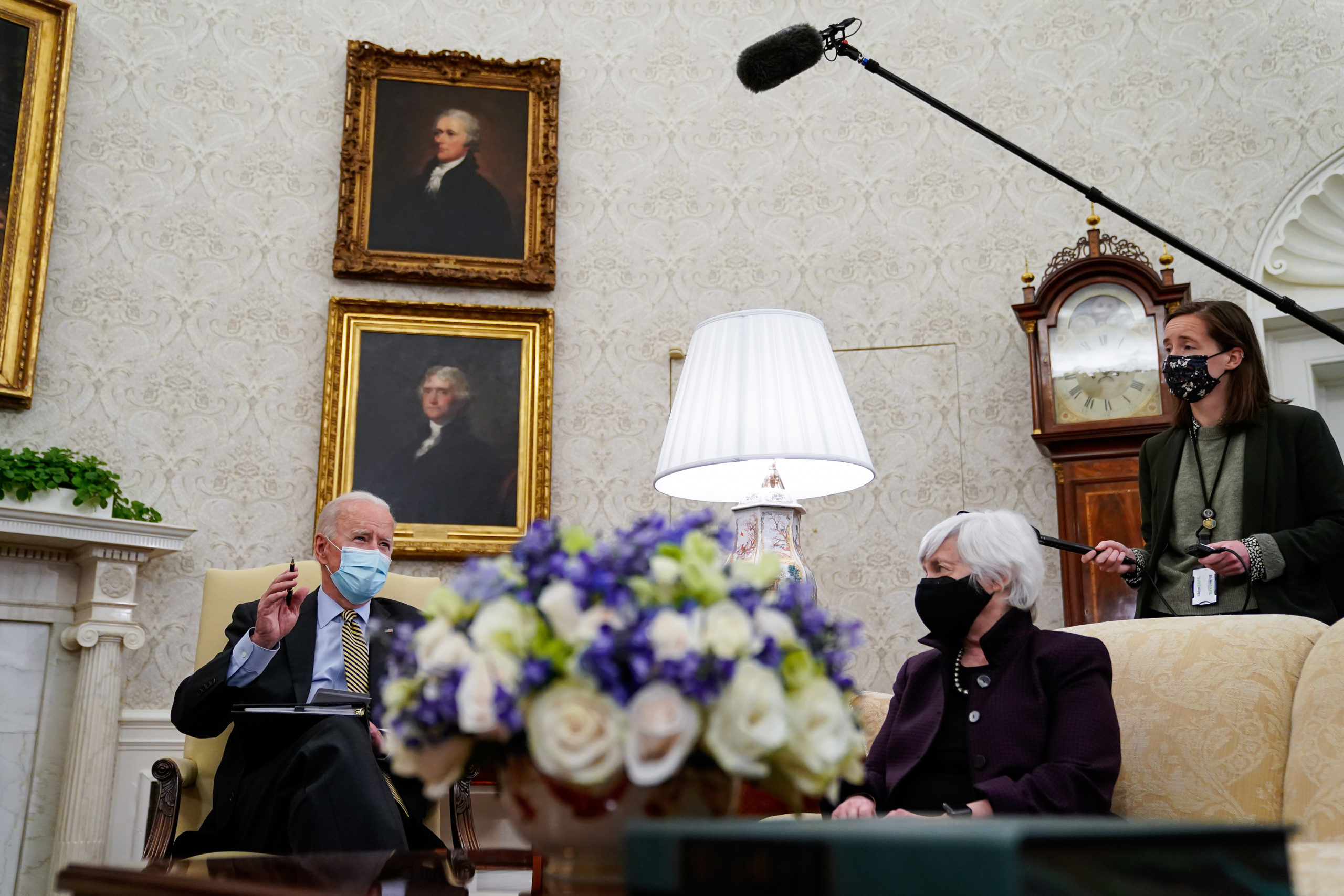 One month later, the Treasury secretary downplayed inflation again when asked if the $1,400 stimulus checks included in the relief package could boost prices, according to the Associated Press. She again pushed the legislation, saying it was key for a full economic recovery.

“I really don’t think that is going to happen,” she said in the March 8 interview, the AP reported. “We had a 3.5% unemployment rate before the pandemic and there was no sign of inflation increasing.”

Then, one week later, Yellen doubled down, arguing again that there wouldn’t be significant inflation.

“Is there a risk of inflation? I think there’s a small risk and I think it’s manageable,” Yellen told ABC News.

“I don’t think it’s a significant risk,” she continued. “And if it materializes, we’ll certainly monitor for it but we have tools to address it.”

However, consumer prices have surged faster than they have in decades, according to government data. Economists also expect inflation to rise higher and for longer than previously expected.

In addition, several major U.S. corporations have recently announced price increases while the highest number of small businesses have reported price hikes since 1981.