Former President Donald Trump slammed Senate Minority Leader Mitch McConnell for not putting an end to the Senate filibuster during his presidency in an interview published Monday.

“He’s a stupid person,” Trump said about McConnell to Carol Leonnig and Philip Rucker in the Vanity Fair interview. “I don’t think he’s smart enough … I tried to convince Mitch McConnell to get rid of the filibuster, to terminate it, so that we would get everything, and he was a knucklehead and he didn’t do it.”

In March, Trump said that ending the filibuster in the Senate would be catastrophic for Republicans.

During an interview on the podcast “The Truth with Lisa Boothe,” Trump mentioned McConnell’s efforts to stop Democrats from eliminating the filibuster, saying McConnell is “hanging by a thread right now with respect to the filibuster.”

“And if they get the filler, he’s hanging on Joe Manchin, who always goes with the Democrats. Joe talks, but he ends up going with the Democrats. Now there’s another great senator from the state of Arizona. He’s hanging by a thread and if they get rid of the filibuster, if they knock it out, it will be catastrophic for the Republican Party,” Trump said in the interview. 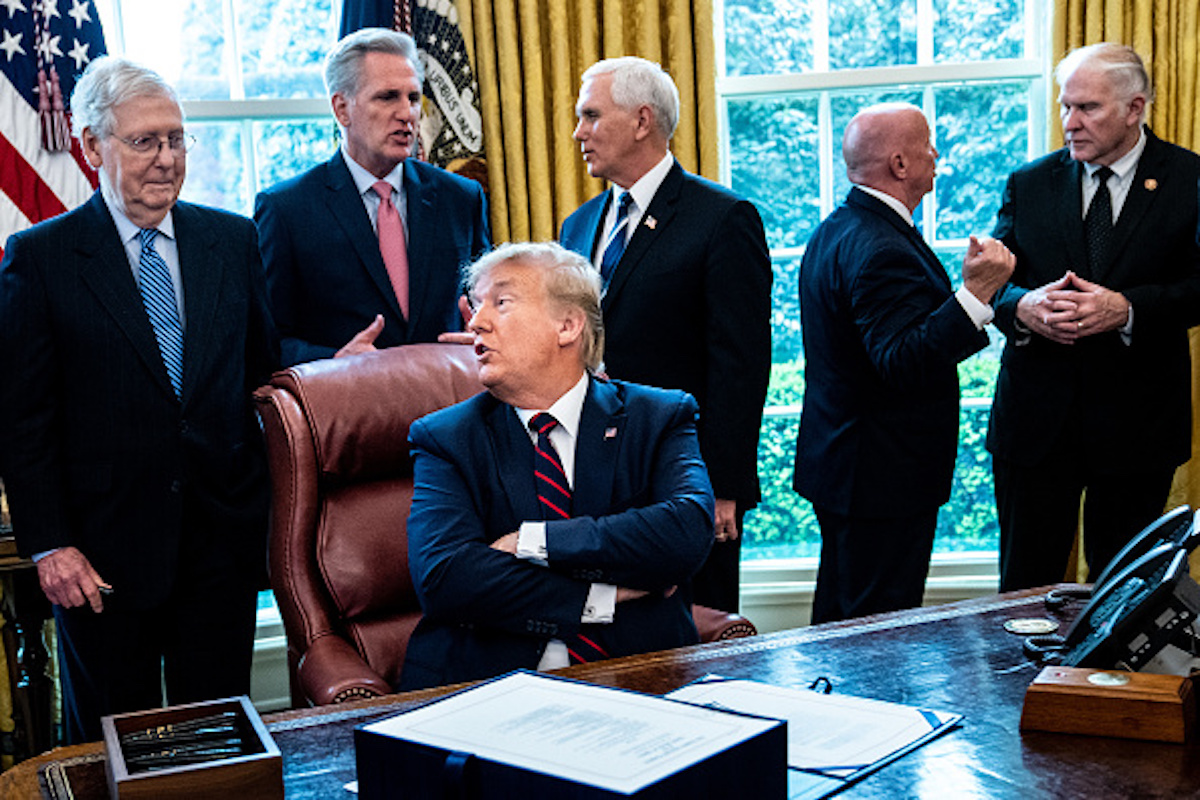 Former President Donald Trump speaks with Senate Majority Leader Mitch McConnell (R-KY) during a bill signing ceremony for H.R. 748, the CARES Act in the Oval Office of the White House on March 27, 2020 in Washington, DC. (Photo by Erin Schaff-Pool/Getty Images)

McConnell said he told Trump that he should not push to end the Senate filibuster during his presidency. In an interview with Fox News, McConnell mentioned that Trump asked him to work out a deal to end the filibuster for a number of years during his presidency, but that he rejected Trump’s request. (RELATED: ‘Not In Your Best Interest’: McConnell Says He Said ‘No’ When Trump Wanted To End Senate Filibuster)

“President Trump tried to get me to orchestrate the end of the filibuster for a number of years, even tweeted about it, and I said ‘no, Mr. President, that is not in the best interest of the institution … it’s actually not in your best interest either,’” McConnell said.