A presidential ticket consisting of a resurrected George Washington and Abraham Lincoln would have found it “very hard” to defeat former President Trump in his first three years in office, Trump said in an interview published Monday.

“I think it would be hard if George Washington came back from the dead and he chose Abraham Lincoln as his vice president, I think it would have been very hard for them to beat me,” Trump said in the Vanity Fair interview.

Both Washington and Lincoln are usually considered to be the most popular presidents in history, with the pair placing second and first, respectively, on C-SPAN’s 2021 Historians Survey of Presidential Leadership, on which Trump placed 41st. 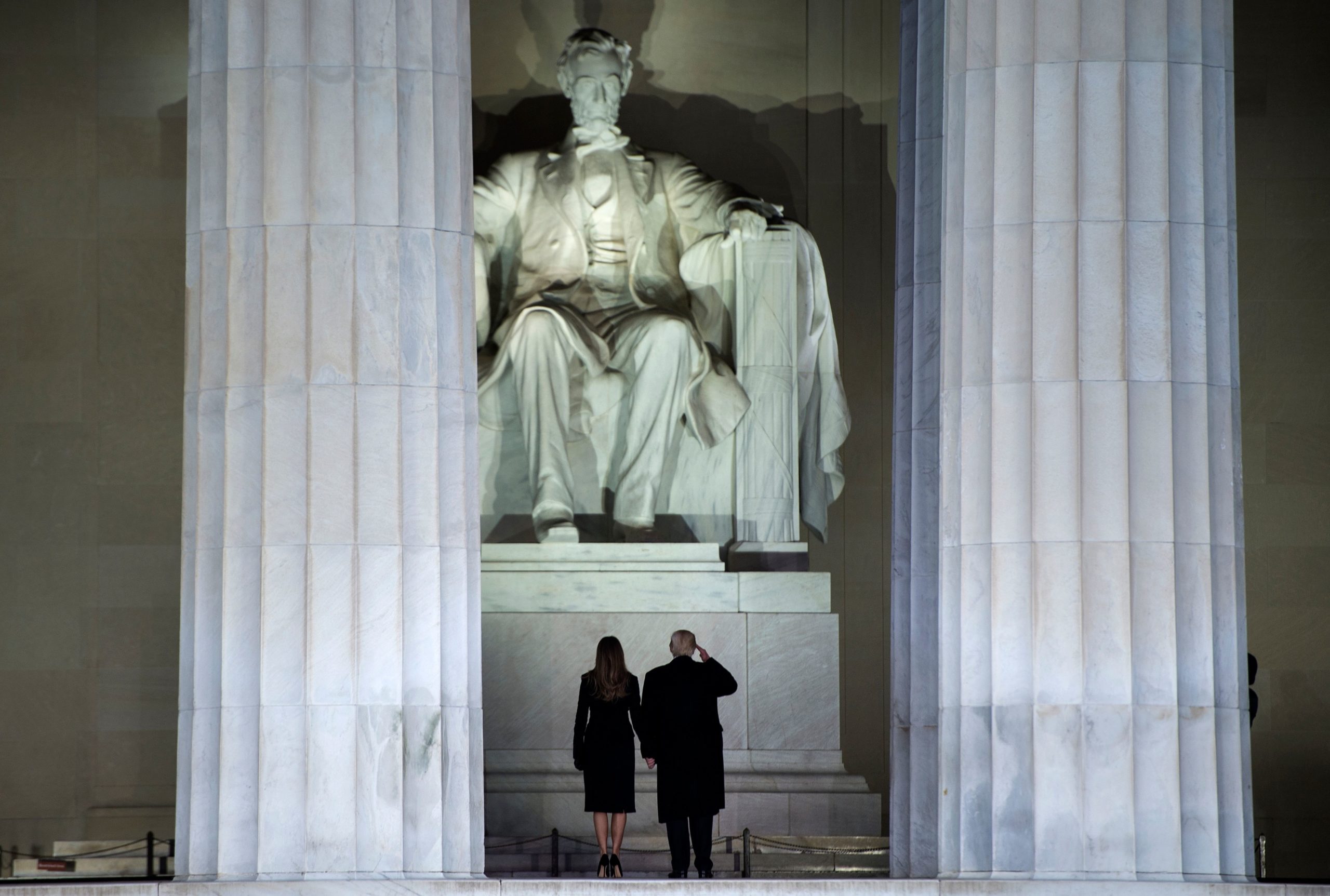 US President-elect Donald Trump and wife Melania look at the Abraham Lincoln statue as they arrive for a welcome celebration at the Lincoln Memorial in Washington, DC, on January 19, 2017. (Photo by BRENDAN SMIALOWSKI/AFP via Getty Images)

Trump claimed he was unbeatable before the pandemic, due to an impressive economy. “In a certain way, I had two presidencies,” he said, speaking to how COVID-19 hurt his reelection. (RELATED: ‘I Fought For Cuba, They Didn’t’: Trump Says Biden Admin’s Response To Cuba Is An ‘Insult To Every Cuban Patriot Who Has Suffered’)

“I had two jobs: running our country, and running it well, and survival,” Trump added. “I had the Mueller hoax. I had the witch hunt. It’s one big witch hunt that’s gone from the day I came down the escalator.”

Trump also took the opportunity to call Mitch McConnell a “stupid person” for not ending the filibuster to push through conservative legislation. “He was a knucklehead and he didn’t do it,” he said.

The former president weighed in on whether he will launch another campaign for the White House in 2024. “I’ll be making a decision at some point. I will say this: Based on the polls, those polls are great, the Republican Party loves Trump. Ninety-seven percent!” he said.