An explosion ripped through a packed market in Baghdad’s Sadr City district Monday, the eve of an Islamic festival, Eid al-Adha. The terror group Islamic State in Iraq and Syria (ISIS) claimed responsibility for the suicide bombing.

The terrorist attack killed over 35 people, and left over 60 wounded, according to police, as Al Jazeera reported. The death toll is reportedly expected to rise as some of the injured are in critical condition, sources familiar with the matter told Reuters.

The blast reportedly scattered chunks of flesh across the target zone; shops were also destroyed. The dead included women and children, according to the reports.

“It’s a sad Eid night in Iraq. Our deepest sympathies and sincere condolences to those who lost their loved ones in Al Sadr City’s blast tonight. We wish a speedy recovery to all,” the Red Cross in Iraq said in a statement. 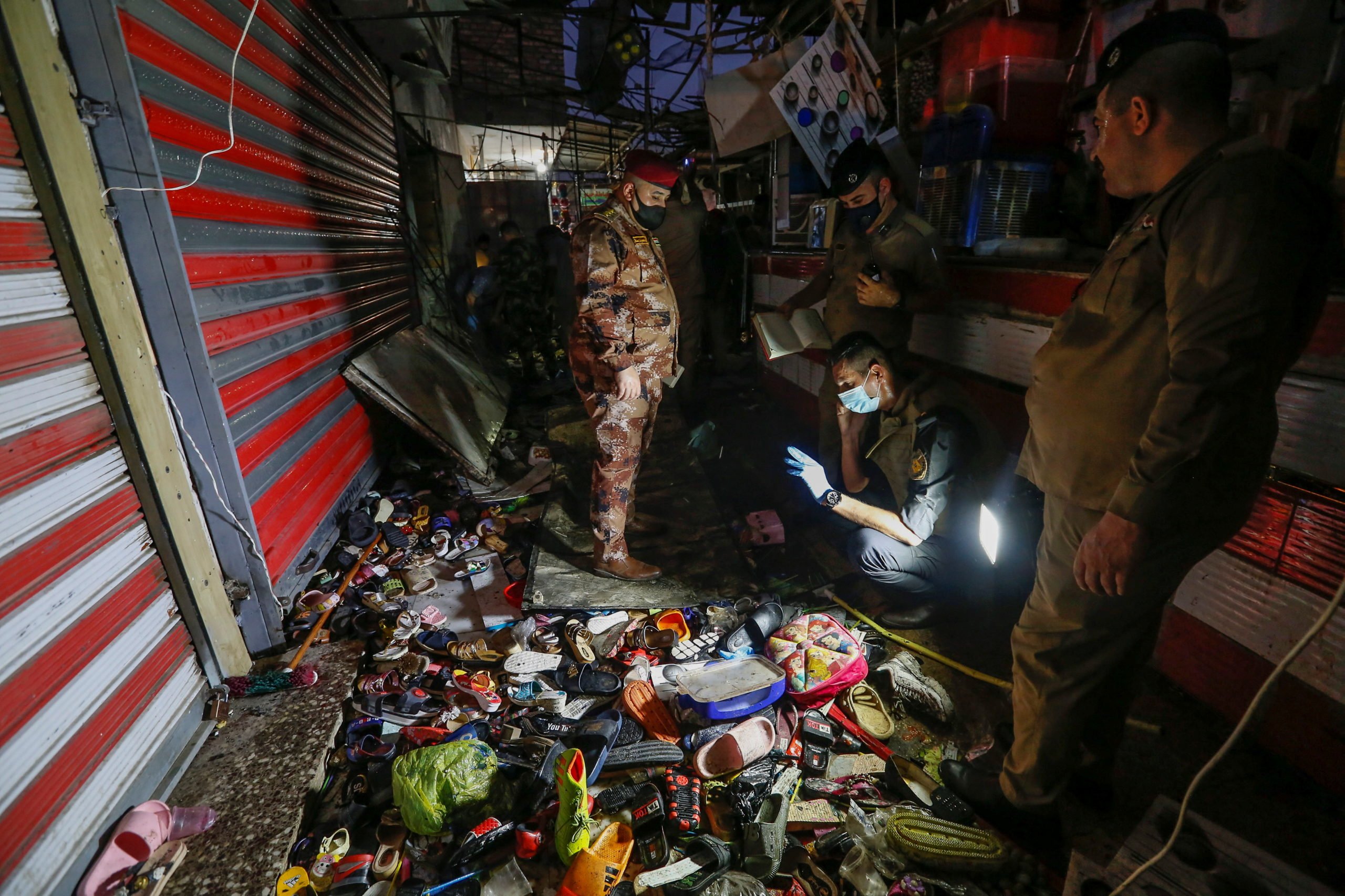 Iraq’s Ministry of Health announced that it was “mobilizing all its institutions and staff to provide all the necessary services to aid and treat the wounded in the bombing” in a Monday evening Twitter post.

“They do not allow the people to rejoice, even for a moment, with security and joy,” Iraq’s President Barham Salih said in a Monday post on Twitter, calling the attack a “heinous crime” with “unparalleled cruelty.”

“We will not be calm unless we uproot hateful and cowardly terrorism,” Salih vowed.

Eid al-Adha, celebrated from Monday to Friday in 2021, is a special event for Muslims worldwide, commemorating Abraham’s willingness to sacrifice his son, Ishmael, according to Muslim religious tradition.

“More than 65 Rafidah polytheists were killed and wounded in an Inghimasi attack in Sadr City, east of Baghdad,” ISIS said in a Monday press release claiming responsibility for the attack published on the app Element. (RELATED: Despite Afghanistan Troop Withdrawal, White House Reaffirms Mission To Defeat ISIS)

“Rafidah polytheists” or “rejectionist polytheists” is a slur the Sunni Islamist group uses to refer to Shi’ite Muslims, who constitute 64-69% of the country’s population, according to the CIA.

“With success from Allah, … brother Abu Hamzah al-‘Iraqi, may Allah accept him, launched towards a gathering of the Rafidah pagans in as-Sadr City in east Baghdad. Then, he detonated his explosive vest amidst them, killing more than 30 of them and wounded at least 35 others, and all praise is due to Allah,” the terrorist group said in the release.

Regular mass bombings used to be something occurring daily in Baghdad, Reuters reported, though the number of such attacks fell following the defeat of ISIS in 2017.