“I think behind me is an amazing group of players,” Brady explained to the press gathered. “We have a bunch of coaches and staff here sitting down. It was actually a very challenging season for a lot of reasons. But we bonded together. We worked really hard.”(RELATED: David Hookstead Is The True King In The North When It Comes To College Football)

“These guys are an amazing group of men,” he added. “It didn’t look great there at one point, we were 7-5 struggling a little bit. But we found our rhythm, we got on a roll.”

“Not a lot of people think that we could’ve won,” the Tampa Bay quarterback continued. “In fact I think that 40 percent of the people still don’t think we won.”

Biden replied, “I understand that,” an obvious nod to how many people still believe the former president won the 2020 election. (RELATED: Tom Brady And Patrick Mahomes Show Respect For Each Other In Chat After Super Bowl LV) 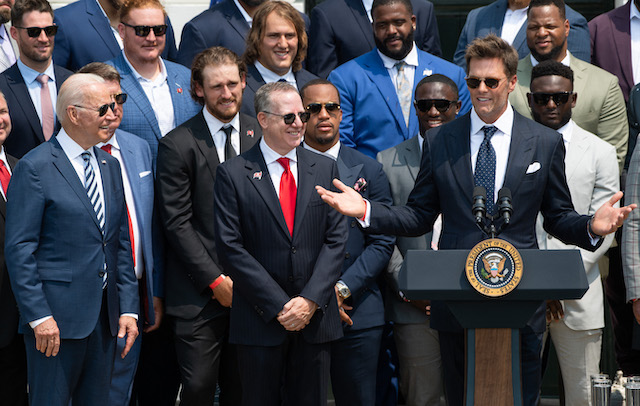 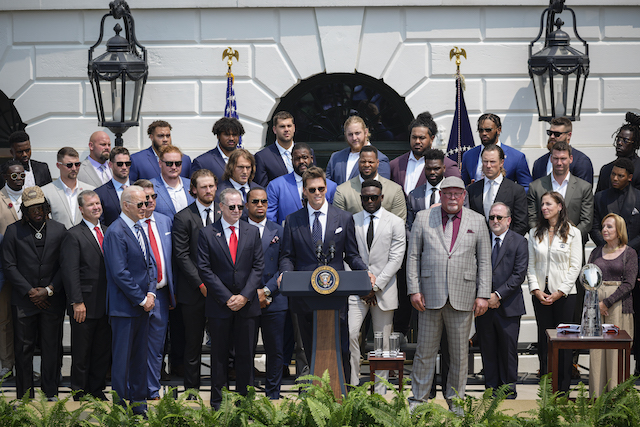 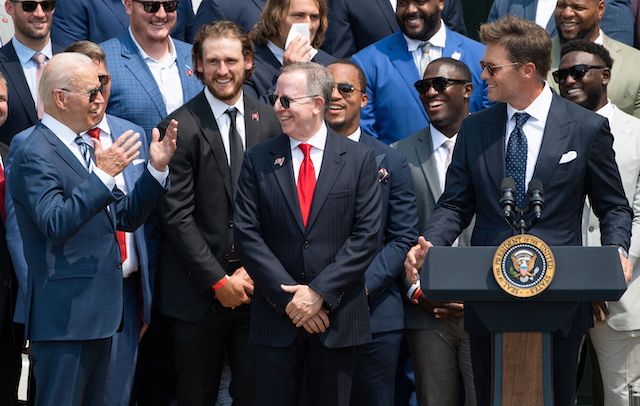 “You understand that Mr. President,” the former New England Patriots QB responded. “And personally, you know, it’s nice for me to be back here. We had a game in Chicago where I forgot what down it was. I lost track of one down in 21 years of playing and they started calling me Sleepy Tom. Why would they do that to me?”

POTUS shook his head in agreement, as Trump had given Joe the nickname “Sleepy Joe” during the presidential campaign. 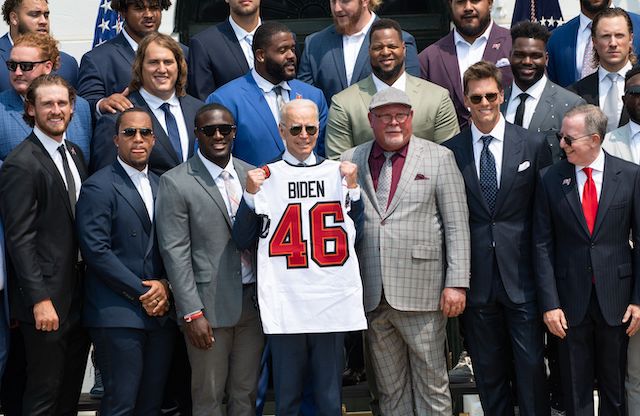 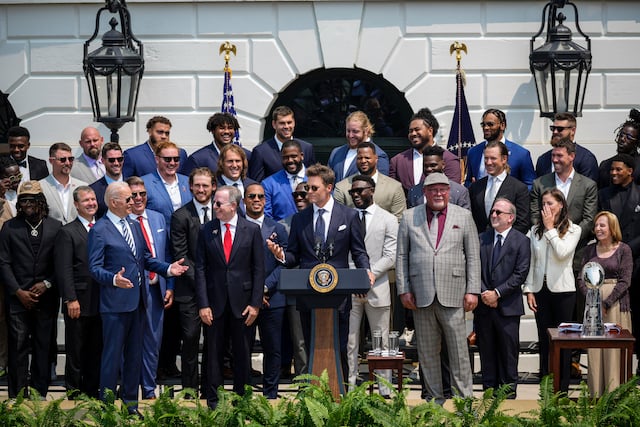 The 7-time Super Bowl-winning QB  then presented Biden with a Buccaneers’ jersey with the number “46” on the back. He also joked about challenging eleven White House interns to a game of football right there on the WH lawn and promised to “run it up” on them.