Senate Republicans rejected an effort Wednesday to begin debate on the bipartisan infrastructure deal endorsed by President Joe Biden, saying that the vote came too early and that the bill was not yet finalized.

Senate Majority Leader Chuck Schumer scheduled the procedural vote in an attempt to begin debate on the package, but after filing cloture on Monday Republicans came out against it on the grounds that the deal had yet to be put into text and that senators were still finalizing how the plan would be financed. The bill failed 49-51, with Schumer voting no so that he can bring it up again in the coming days.

But the deal, which is expected to cost about $973 billion over five years, is far from dead, since numerous Republicans objected on procedural grounds rather than the bill itself. Several lawmakers involved in the bipartisan negotiations originally pleaded with Schumer to delay the vote until Monday, when the deal is expected to be finalized, and even though the bill failed to advance it will likely be voted on again.

“Today we’re not going to be able to support moving forward, we will be able to on Monday,” Ohio Republican Sen. Rob Portman, who has led the talks, told CNBC’s “Squawk Box” Wednesday. (RELATED: Republicans Threaten Infrastructure Bill If Attached To Party-Line ‘Human Infrastructure’ Package) 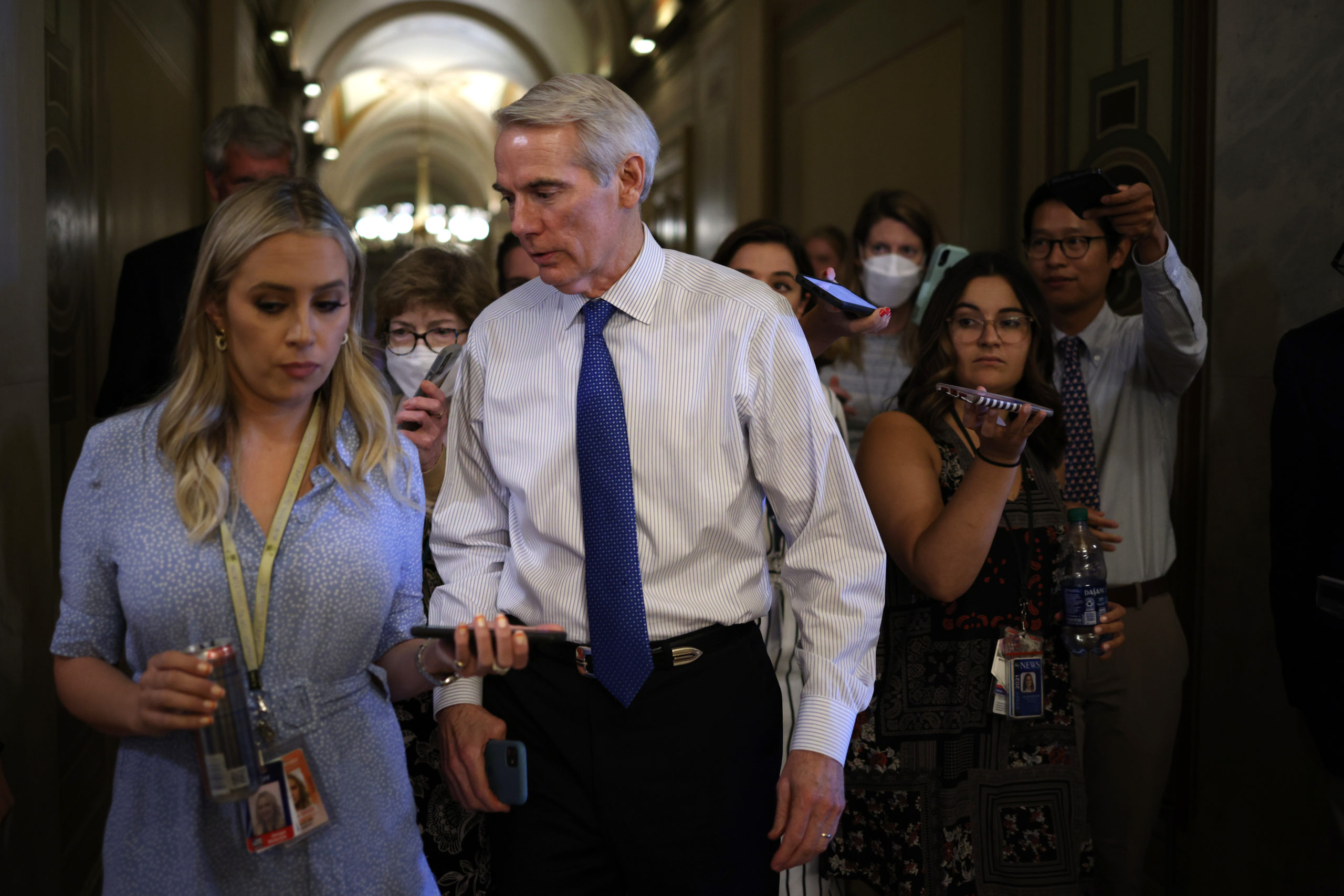 Sen. Rob Portman is met with reporters after stepping out of a bipartisan infrastructure meeting on Tuesday. (Anna Moneymaker/Getty Images)

Utah Sen. Mitt Romney, who also was involved in the bipartisan talks, told reporters that the bill is nearing completion and its issues could be resolved as soon as Wednesday, allowing it to be written and voted on next week.

Republicans involved also told reporters Wednesday that at least 11 within their caucus were prepared to vote to advance the bill Monday, and said that their opposition Wednesday was because “we’re not ready.” (RELATED: House Passes $715 Surface Transportation Bill Amid Bipartisan Infrastructure Negotiations)

“We’re saying we do want to take this bill as soon as we are and that’ll be Monday,” Portman said.

The bill focuses on physical infrastructure like roads, bridges and waterways, and was the culmination of months of negotiations between Senate Democrats, Republicans and Biden. If it passes the Senate it will head to the House, where both Republicans and progressive Democrats have voiced criticism of it. (RELATED: Progressives Threaten Infrastructure Bill After Voting Rights Legislation Dies In The Senate)

Democrats hope to use budget reconciliation to pass their “human infrastructure” bill along party lines in the coming weeks. That proposal, totaling approximately $3.5 trillion, would allocate billions toward renewable energy, child care and other Democratic priorities, and has been met with unified opposition from Republicans.